A lack of options in Australian goalkeepers has seen the return of forgotten fringe Socceroo Adam Federici to the latest Australia squad.

Federici, 34, was last called into the side in August 2017 but hasn't played for the Socceroos since a single appearance in 2016.

At club level, he has been struggling for game time with bottom-placed Championship side Stoke City, only getting picked for half their games this season and dropped for their last match.

But yesterday Socceroos coach Graham Arnold admitted his options were limited for the glovesman role.

Mat Ryan, 27, has a stranglehold on the number one shirt while he is fit, with Sydney's Andrew Redmayne, 30, as back up while Danny Vukovic, 34, is out with a long-term injury.

Mitch Langerak, 31, is getting game-time with Nagoya Grampus but was dropped from the current squad. 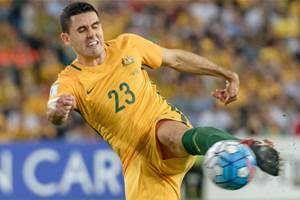 But Arnold admits he's concerned by the lack of younger players coming through to challenge for the spot, sparking the surprise recall for Federici.

"It's a conversation for another day," Arnold told FTBL as he announced his squad to face Jordan in next week's vital World Cup qualifer.

"But if you look at the age of Adam – and in the A-League there are only five Australian goalkeepers in play – then I'd say for the development of our game, we need to look at this.

"Adam's played in four of the five games in the last month but it's more about the team and what else we have got."

Federici's recall could also be seen as a thank you for alerting the Socceroos to his Stoke City team-mate, Harry Souttar.

The keeper's tip on the giant Scotsman's eligibility resulted in his fast track into green and gold and a flying start to his international career – and Australia's qualifying campaign – with a flurry of goals. 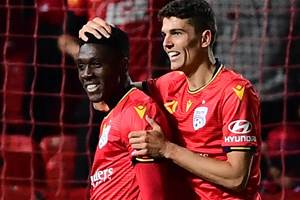 There's no rush to get him into the Socceroos set-up but Graham Arnold is excited Al Hassan Toure has agreed to play for Australia's under-23s.

But Australian keeper coach John Crawley also has a history of coaching the former Reading and Bournemouth number one.

"John obviously had a past with Adam here in Australia when he was young but he's not worked with him too much in quite a while so it's an opportunity to bring him in," said Arnold.

"But it's also about looking at what's next, in case."

"John spoke to him last night about this decision and he took it very well."