Manchester United manager Sir Alex Ferguson praised his defence for stepping up during the 1-0 win over Swansea following recent criticism.

Ferguson and his men travelled to the Liberty Stadium to face a Swansea side yet to lose at home this season, but left with all three points and a clean sheet thanks to Javier Hernandez's 11th-minute goal.

Ferguson paid homage to his players, insisting they worked hard for their victory against a good team, while he also praised his defence following intense criticism before the international break.

Speaking to ESPN after the match, the 69-year-old Scot said: "They (Swansea) have a great home record so that was obviously something we thought about before the game and it meant we had to make sure we defended well."

"Apart from that miss they had in the first half where Michael Carrick miss-kicked his clearance, other than that, I thought we were comfortable defensively, but they are a good football team and they move the ball well so you are having to concentrate all the time."

"The concentration today is exactly the concentration we need because a few weeks ago there was a genuine criticism of the defending and the chances opponents were getting."

"Swansea didn't really make any chances apart from when Carrick slipped and apart from that, we were comfortable and had good possession of the ball."

Saturday’s shut-out marked United's sixth clean sheet of the Premier League season, more than any other team so far, and Ferguson was quick to point to the importance of a solid defence.

"I think for some us this has been a wake-up call," he said. "Over the years it has been an integral part of our success when we defend like that and when the whole team did that."

Swansea boss Brendan Rodgers lamented the defeat but took pride in his side's second-half display after what he deemed to be an opening first period by the Swans.

"It was two halves to the game. The first half we were on the back foot, which is understandable against such top players. We weren't really at our best."

"The second half we were terrific with the ball and looked very dangerous."

"I'm very proud of the players, they'll learn from that."

"It was a terrific second-half performance, and I take great pride in watching them play like that against a top team."

"It was a great performance, we just didn't get the final touch." 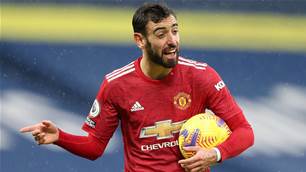 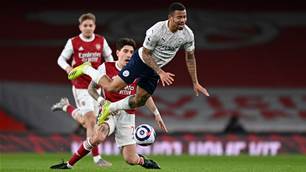 Man City roll on toward another EPL title