Former Socceroo Craig Foster has lashed out at the recent Football Federation Australia board elections, branding them a farce.

Foster ran as a nominee for the board with the hope of being appointed chairman but withdrew when he realised the various football faction powerbrokers had lined up against him.

Fresh from his tireless campaign to free Hakeem al-Araibi from his Thai prison cell, Foster went on SEN Breakfast radio this morning to demand an investigation to the way the FFA is run.

Speaking in Melbourne as he waited to greet Hakeem off his overnight flight from Bangkok, Foster fumed over the way last November's elections were held, and the way Alen Stajcic had been sacked as coach of the Matildas.

"The game has a serious culture problem," said Foster today. "I ran in the recent election and it's just a mess.

"The election was a farce, the lack of ethics involved there was disgusting, and that's why I pulled out.

"We need to have a really serious look at ourselves."

He admitted he had been to busy with his campaign to free Hakeem to focus on the Stajcic sacking, but added: "We need an independent investigation right now just to work out what's really occurred, to make sure that everyone's conducted themselves appropriately.

"We really need to turn around as a sport and start talking about values and principles, and everyone acting in the right manner.

"I think someone needs to stand up for the game."

But this morning Foster was celebrating Hakeem's release and paid tribute to everyone who had played a part in securing his freedom, including PM Scott Morrison.

"One thing we said was that the Aussies would never give up," said Foster. "So many people here took on a government and a regime and stared them both down.

"For that I am very proud of every Australian who was involved."

"As ex-players, if we're not going to do it, who's going to do it? There was a young player who was in a fear of his life and it came to our attention. We had an obligation.

"This is what we believe sport is about. It's not about taking to the field and scoring goals. It's about camaraderie.

"It's about solidarity and it's about the values and principles we believe in and and we've made a big strike for those today." 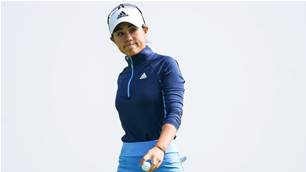