The Australian Professional Football Club Association member chairmen and CEO's today rejected the FFA’s proposed cash distribution of A$3.25 million per club for the 2017/18 season.

The amount presented by chief David Gallop was unanimously rejected as wholly inadequate by all ten APFCA members.

“We have worked in good faith for the last eighteen months to achieve a distribution that will deliver a sustainable future for the League.

“With this proposal the FFA has shown its disregard for the A-League and those who have invested in it. The Clubs are no longer prepared to fund the FFA through annual club losses.

“This is yet another example of the need for reform of the governance and management of our game and things must change now.”

The APFCA said A$32.5 million cash distribution being offered to the ten clubs of the A-League represents less than 50% of the FFA’s own calculations of direct revenues produced by the A-League.

They said the FFA additionally receives many millions of dollars of indirect revenue as a result of the provision by clubs of A-League commercial inventory and ticketing; the bundling of other assets and rights with A-League rights and assets; and the overall halo effect for the game at large of the A-League. 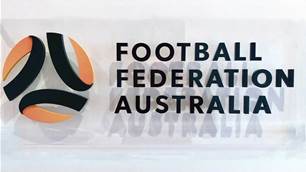