The FFA Cup Round of 16 draw has been completed with Sydney FC drawn away to NSW NPL2 club Bankstown Berries, while holders Melbourne City travel to Hakoah Sydney City.

Melbourne Victory, who produced a top-class 5-1 rout of Brisbane Roar on Wednesday, will be away to Adelaide United in the last 16 in the only all A-League encounter.

There will be a Queensland derby when Moreton Bay United entertains Gold Coast City, while Blacktown City welcomes APIA Leichhardt in an all NPL NSW clash.

Western Sydney Wanderers are away to former semi-finalists Bentleigh Greens.

We've drawn Bentleigh Greens in the @FFACup Round of 16! #WSW pic.twitter.com/iE7Lyigv6b

The Round of 16 will comprise two match nights with four matches per night on either of the following dates – 23/29/30 August.

FOX SPORTS will broadcast one match live and exclusive in full on both match days in the Round of 16 with LIVE streaming and updates of the other matches.

The specific match details in regards to dates, venues and kick-off times will be announced by 5pm on Friday.

Hey @gomvfc, we cordially invite you to join us in Adelaide for the @FFACup Round of 16. We look forward to our meeting. #FootballWins 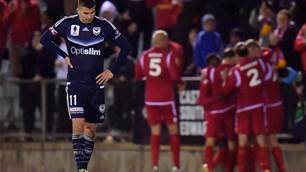 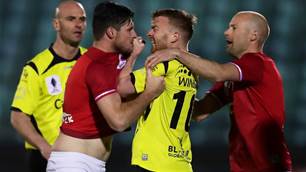 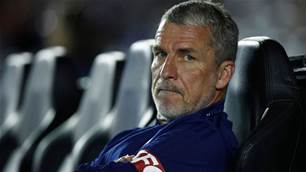 Snapshot of round two of the A-League