It's the eve of the new season which means it's Fantasy Football time again - and we've teamed up with Optus to bring you one of the best experts in the world to talk you through selecting the best squad possible.

In this final article, Julian Zipparo checks out some of the new signings set to light up the Premier League - and the Fantasy Football world - this season! See the previous articles here... 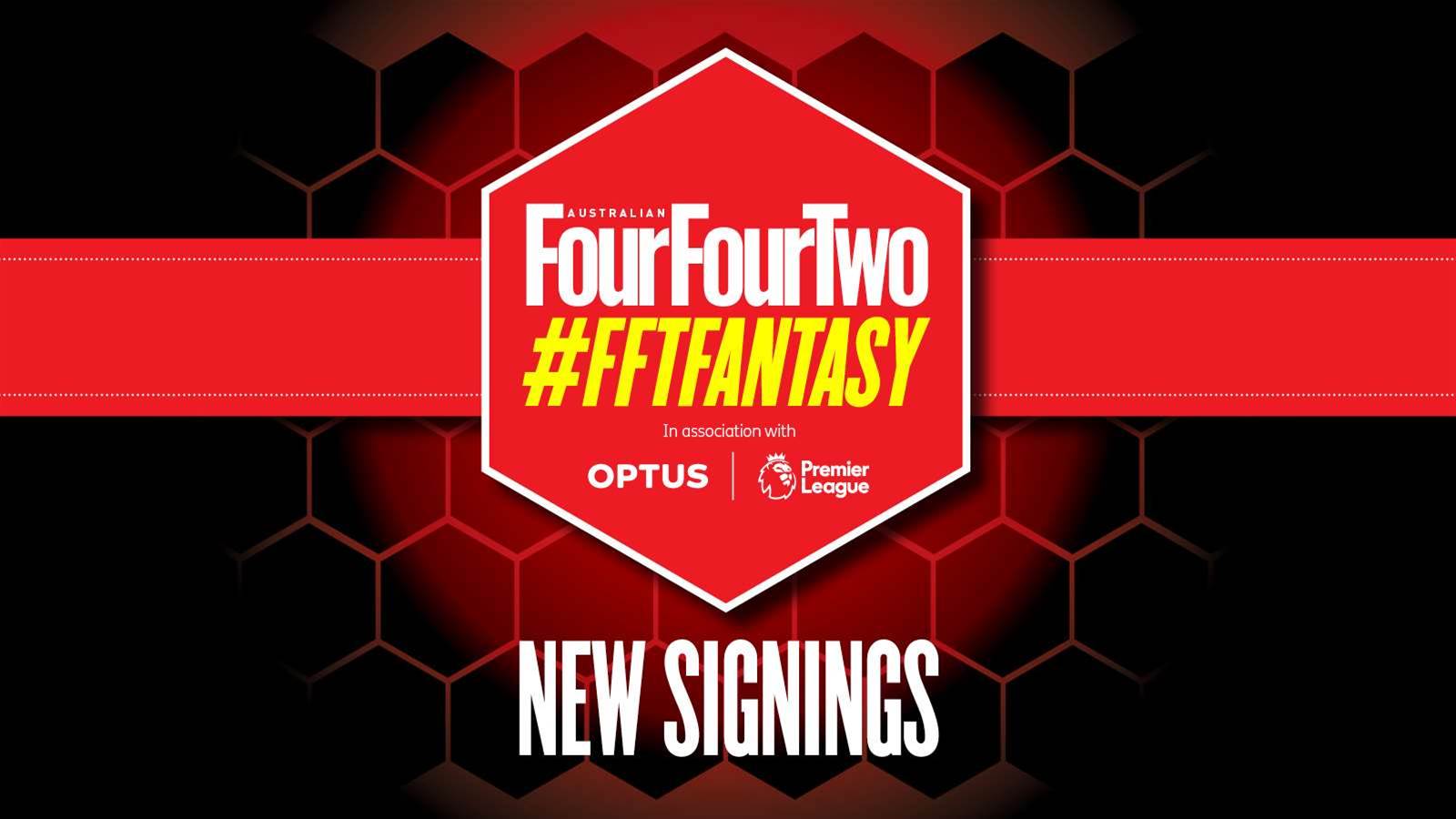 New signings at both this pre-season stage, and during the January transfer window, attract lots of attention and headlines. In fantasy terms however they represent an unknown quantity. Whether historical performances in other leagues reflect what they will achieve in the Premier League is always a mixed bag. It is difficult to predict how they will adapt on and off the field, and at times where they fit into existing squads and structures. While the odd Dmitri Payet emerges with almost instant success, many continental European imports take as much as a season to adapt and flourish (witness the likes of Ozil and Eriksen for example). Others, such as Angel Di Maria never manage to deliver on expectations, and provide cautionary tales which suggest we might be wise to tread carefully. 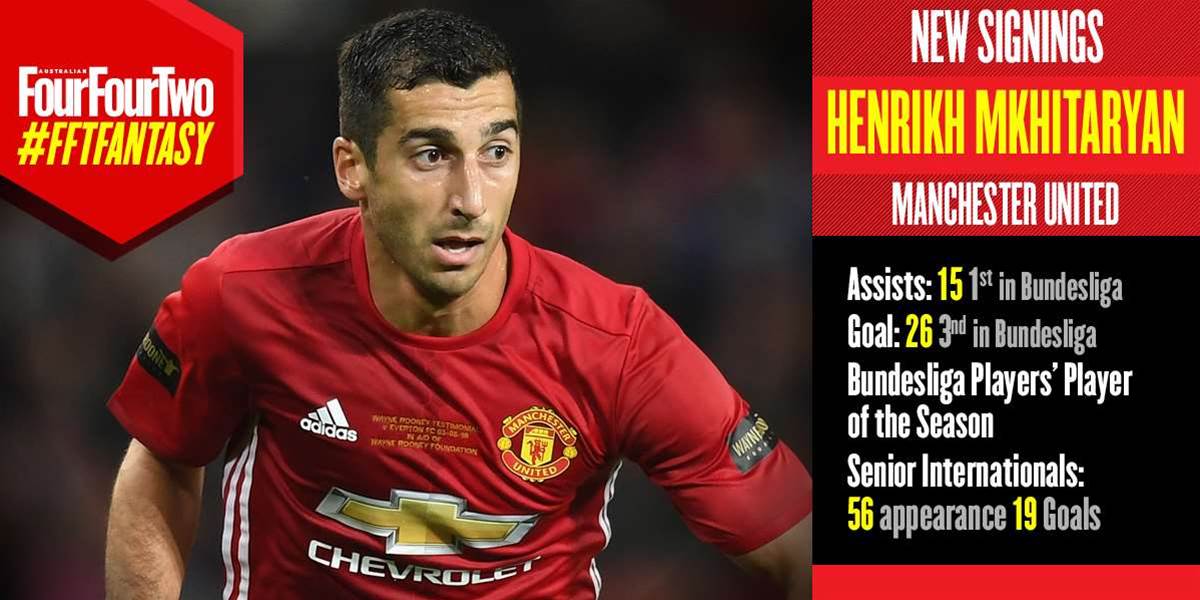 While Zlatan and now Pogba have been getting most of the attention, Armenian international Henrikh Mkhitaryan may be pivotal to how this season pans out for United. He delivered 11 goals in 31 appearances last season, and to top that off was the Bundesliga’s assist leader (15). While his 2.7 key passes per game last season don’t quite stack up to the numbers of similarly priced Ozil and Payet, his 2.6 shots per game outdo them both. What will be key is how he is utilised. If Rooney does take up a #10 role, with Martial on the left wing, Mkhitaryan may be cutting in from the right which he is more than capable of doing to good effect. He is known for his quality arriving into the box to score, and it is also no small thing that he has Ibrahimovic to aim at. 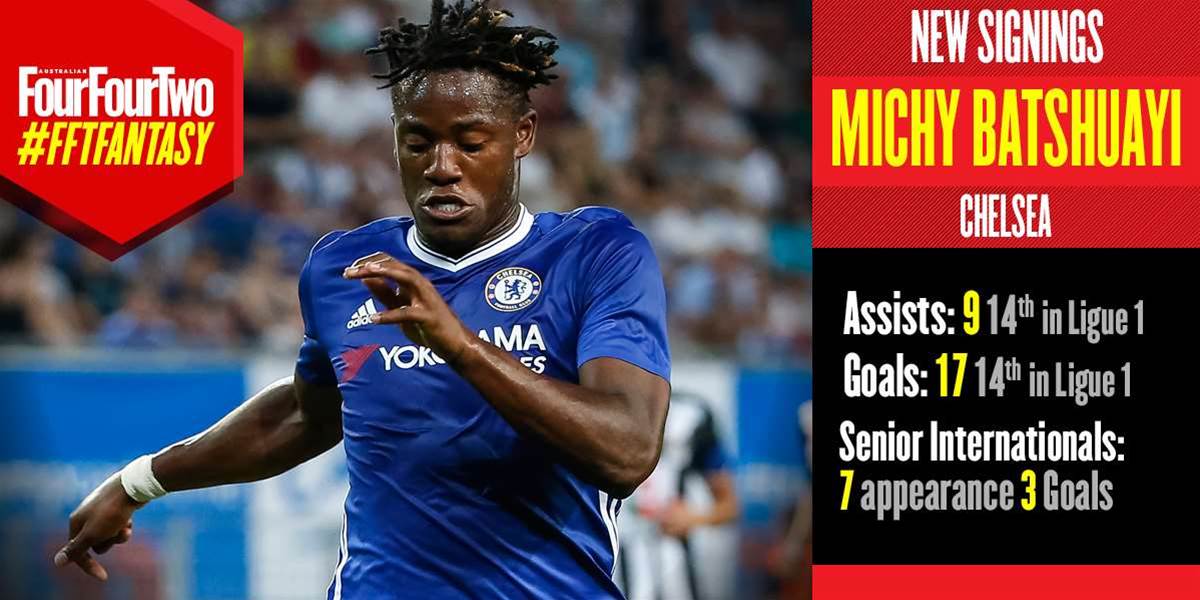 Michy Batshuayi (along with Leicester’s Ahmed Musa) provide the perfect example of new signing uncertainty. With the Diego Costa saga ongoing, it’s difficult to predict how the ex-Marseille striker will be incorporated into Conte’s squad, with preseason formation tinkering having done nothing to help us decipher. We are left to assume that the huge financial investment made is a sign that he will be utilised as a starter, however this is Chelsea who paid bench fodder Falcao £140k per week. Batshuayi’s goal every other game record (17 in 34 appearances last season), and 9 assists meant a very healthy 35% team goal involvement rate, which if replicated would well justify his £9.0 price tag. At the moment however the uncertainty is reflected in his less than 5% ownership. 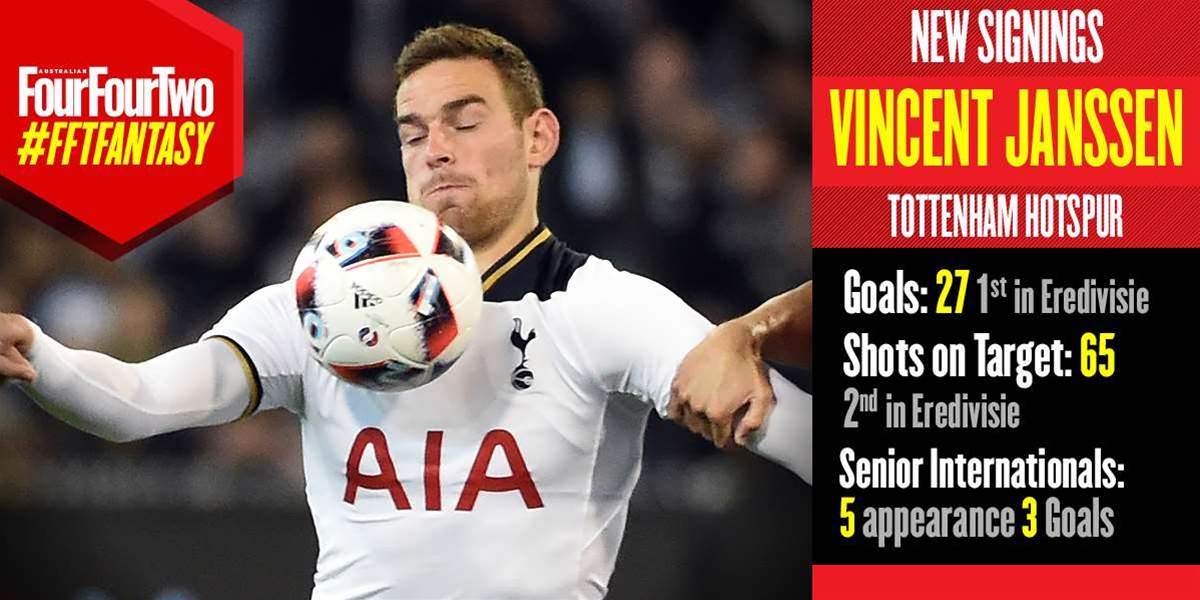 Vincent Janssen arrives from AZ Alkmaar to a Spurs team brimming with attacking talent, who provide fantasy headaches trying to determine where the points will come from on any given week. His stats make for impressive reading and he will get on our radars at some point during the season, especially if injuries take hold. His 27 goals in only 34 games made him the Eredivisie top scorer, putting him in hallowed company with the likes of Luis Suarez and Ruud Van Nistelrooy who both went on to show its relatability to the Premier League. His 4.6 shots per game betters even the Premier League’s most trigger happy shooters last season, so don’t look to him for assists or likely bonus points, but when on the pitch he won’t die wondering. 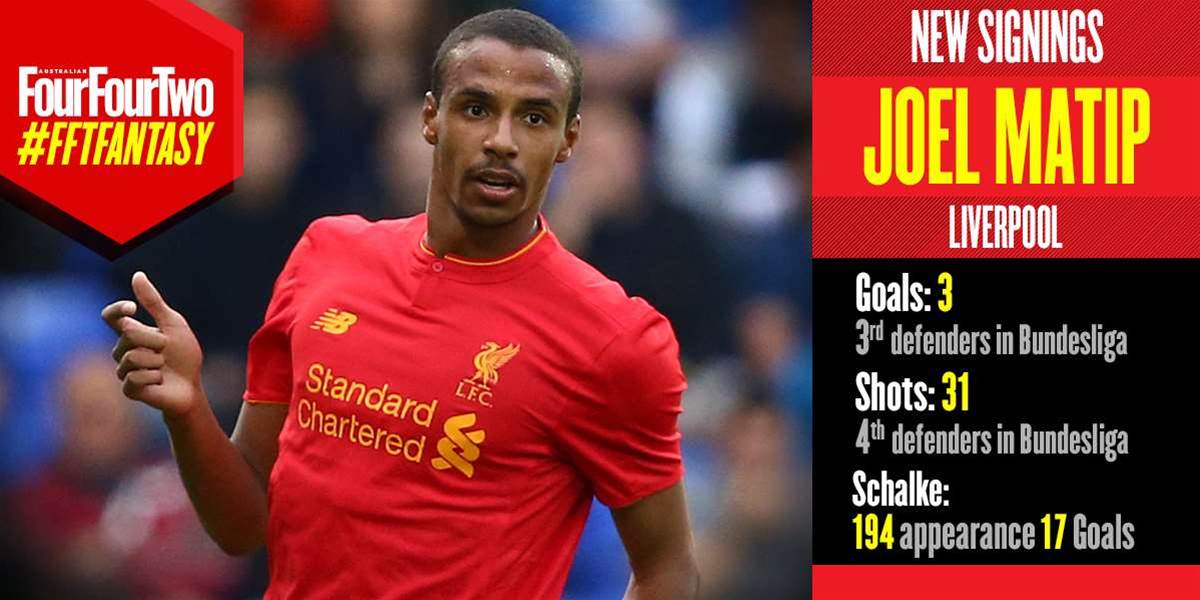 Defensive assets garner less headlines, but Liverpool have strengthened their perennially inconsistent backline with the signing of Cameroonian Joel Matip. Whether he can shore up the leaky defence remains to be seen. Interestingly though he consistently delivers the odd goal, having been good for 3 per season at Schalke since 2009. Such returns would easily be good enough for top 10 in EPL defenders, and if he can couple it with a few assists (he also had 3 of them too last season) and a reasonable number of clean sheets, he will finish up there in defender total points. Less than 2% ownership will be a thing of the past when the Reds difficult opening fixtures have passed, and especially when he starts showing his 6’5” set piece threat.

Beyond the big names a variety of mid and low priced midfield options have flown under the radar. While some such as Gundogan, Xhaka, and Højbjerg can be discounted in fantasy terms as deep lying types unsuited to the games scoring methodology, a few other intriguing options may be worth a place on your 5th midfielder watchlist. West Ham’s Sofiane Feghouli for example, if he unseats Antonio for a right wing berth, comes with Valencia pedigree. While Burnley’s recent signing Johann Gudmundsson lead his side Charlton in goals (6), the entire Championship in assists (11), and as an Icelandic international, he is no stranger to defying expectations!