In part 2, fantasy football genius Julian Zipparo takes a look at the backline and the best attacking defenders to pic - the guys who are as likely to be found at either end of the pitch at any point in the game. 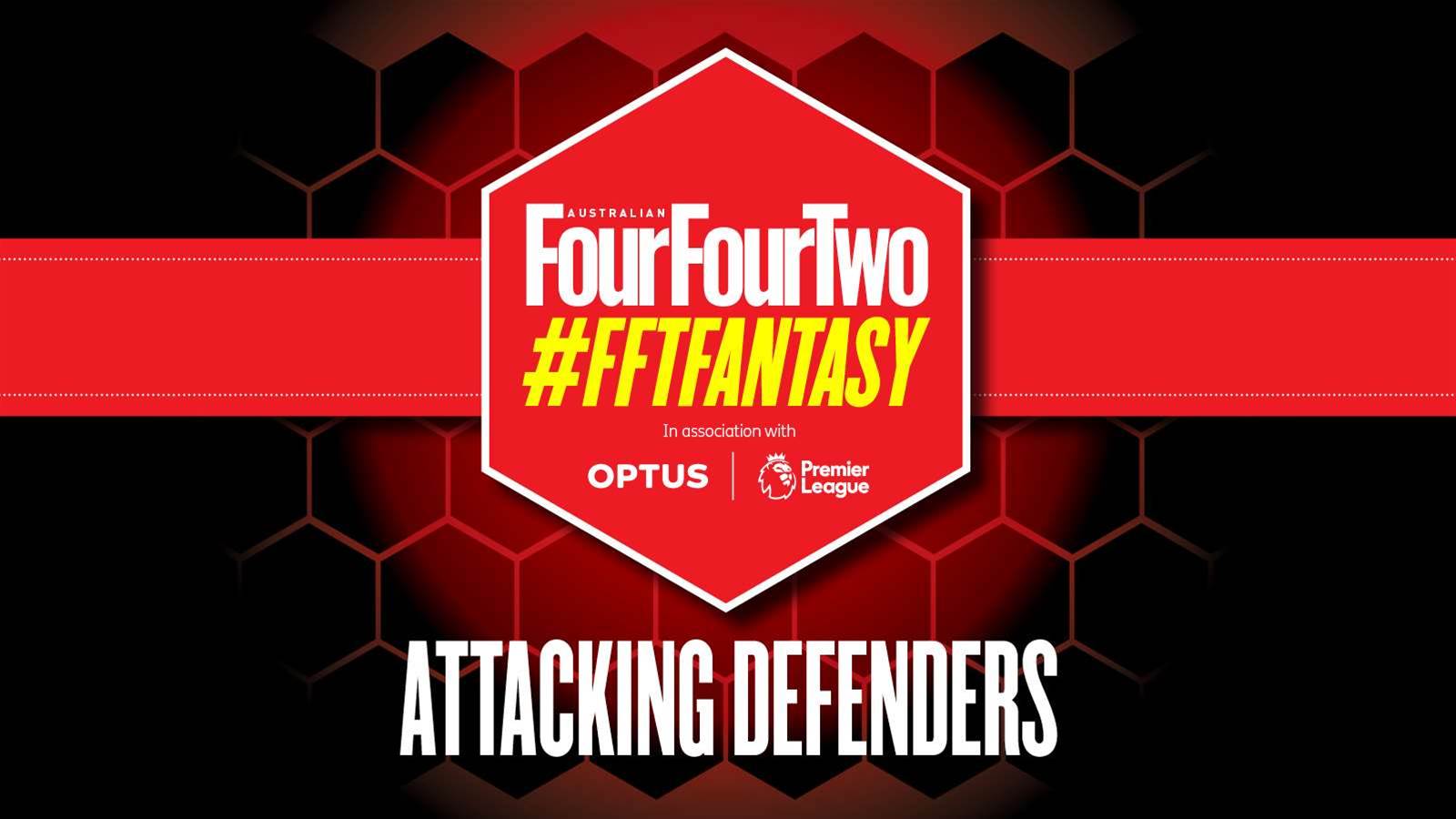 Attack minded defenders attract a lot of attention from fantasy managers, though they can be a gamble which requires trade-offs. Demonstrating that is the fact that the defender who scored the most goals last season came from a defensively weak team who conceded the most shots on goal for the season. There are premium options from the top teams, however managerial changes at Chelsea and both Manchester clubs leave us with quite a bit of uncertainty around their approaches and line ups. Added to that, European commitments are an important consideration, in particular when it comes to hard running fullbacks who are often prone to rotation. 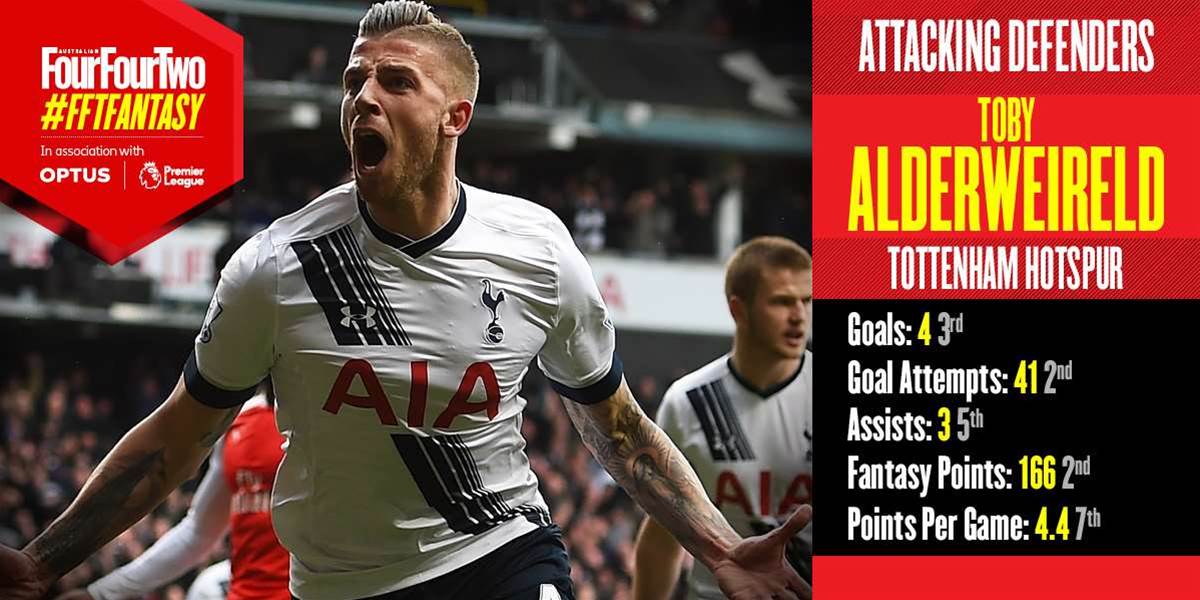 The defenders which stand out for their attacking threat are more often than not wingbacks. Sometimes though you are better off finding central defenders like Toby Alderweireld.

Among defenders last season, only he and Leicester’s Wes Morgan managed to play 90 minutes of every single game.

Ending the season as the defender with the most shots on target (14), most in the box (30), and second when it came to total goal attempts (41) and total points (166), he was understandably the most owned defender in the game (39.6%).

The tall Belgian with an eye for goal started last season at a very generous price of £5.0m, but ended it closer to the £6.5m mark, which will likely reflect the premium price tag his goal threat will come with at the start of the coming campaign. 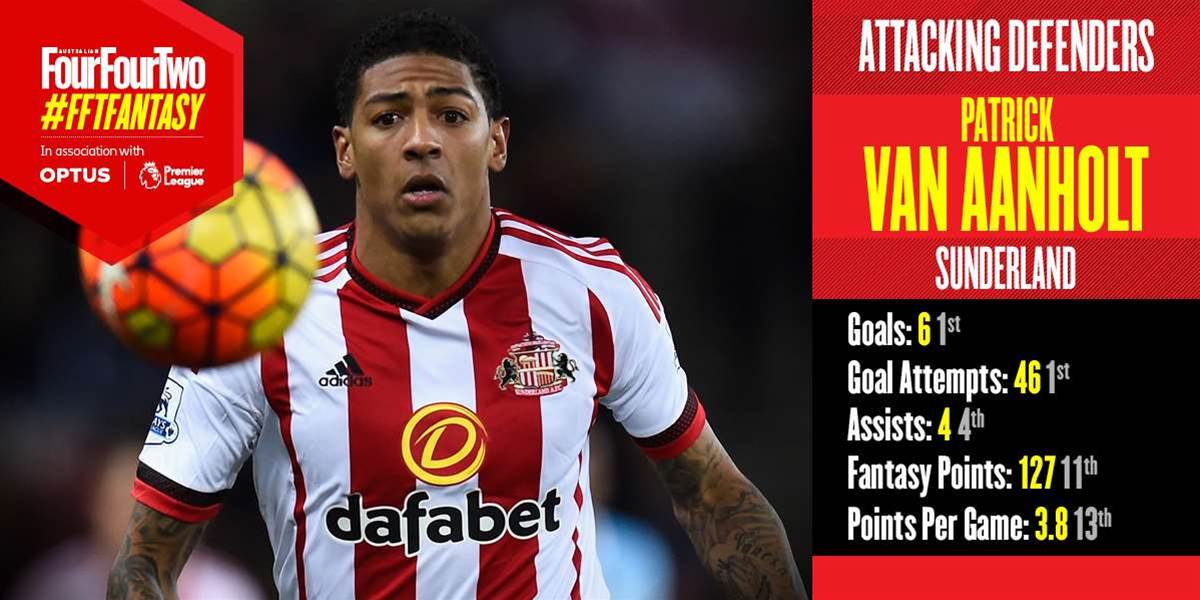 If defender goals are what you are looking for, here is the player who finished top defender in the goal charts, and even scored in four consecutive games in one month.

Patrick van Aanholt managed an attempt on goal every 64 minutes, and ended with the highest number of shot attempts for a defender in the league (46).

Sometimes a deeper look at the stats however is revealing - 32 of his 46 shots came from outside the box, and his propensity for off target efforts and lack of clean sheets, translated into less bonus points and a total score only good enough for 11th place among defenders. 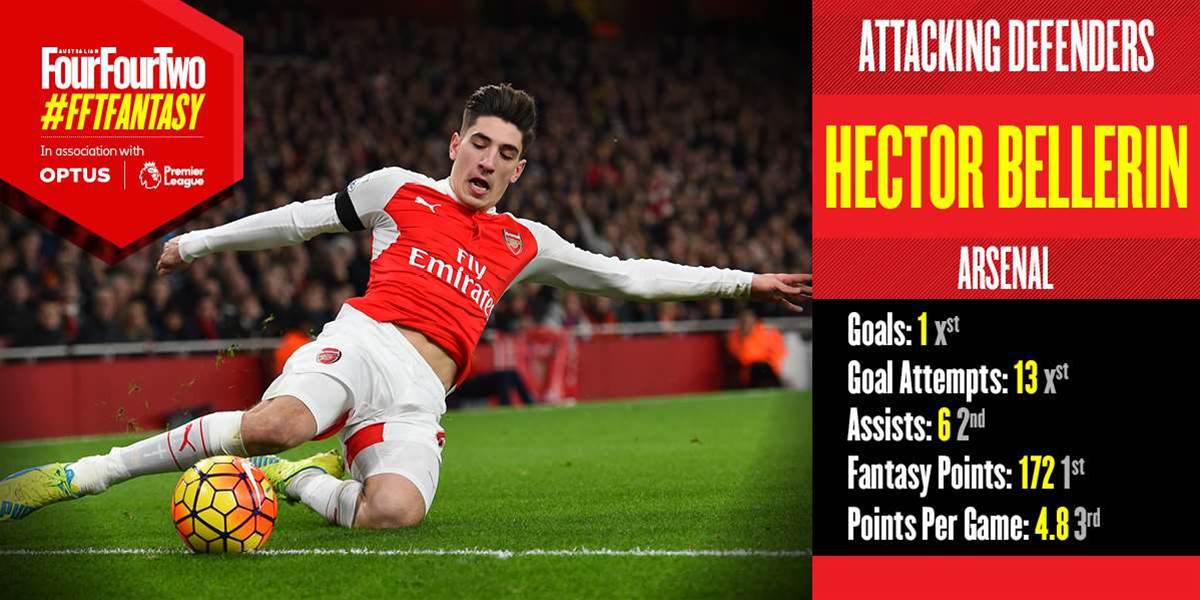 Hector Bellerin though led the stats charts for most defender touches in the opposition third, most clean sheets, and finished the second highest defender (notably the Gunners finished the season with three of the top four defenders as well as the highest scoring keeper).

Bellerin’s assists came in patches however, with a barren run of 19 games preceding a pair of games where he delivered half of his season total (3).

He did however create more big chances than any other defender (9), and whipped in 108 crosses.

If Wenger finally brings in a striker whose style and capacities suit such delivery, it could be another high scoring season for the Spaniard. 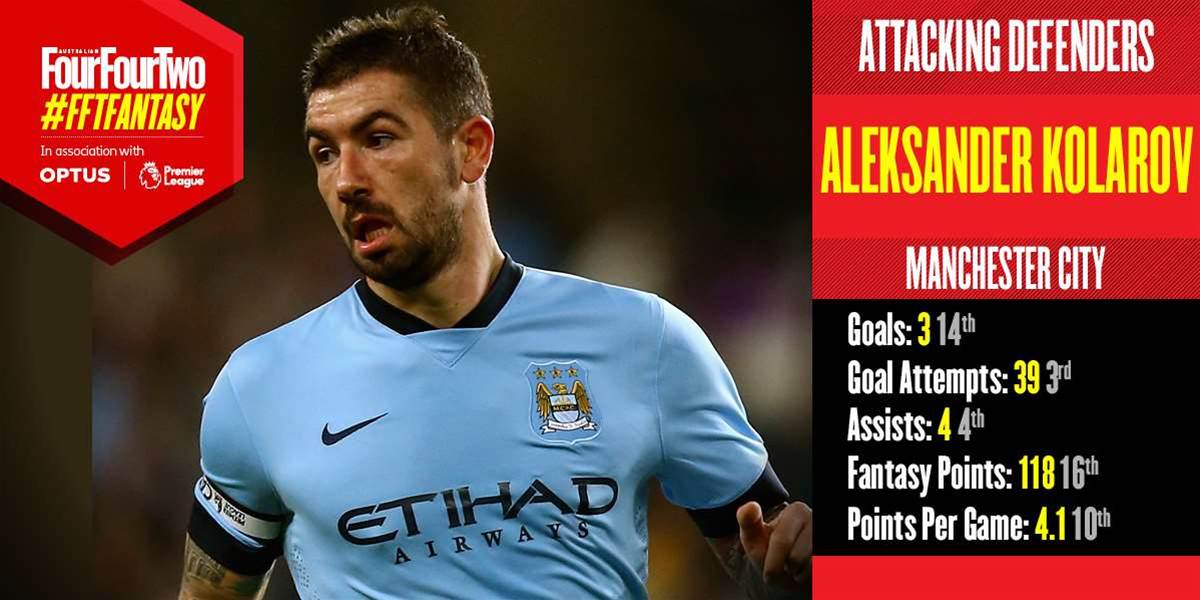 Aleksander Kolarov may be the poster child for fantasy managers in terms of attacking defenders.

Capable of exploding points on any given week, he boasts the best minutes per goal attempt stats among relatively regular playing defenders (58mins pga), and finished second only to the unreliable Alberto Moreno of Liverpool in goal attempts involved in (77).

He has a mean free kick, and added to that he plays for the team who by a good margin conceded the least shots on goal away from home (173), and the second fewest at home (165).

The risk when selecting him has always been his propensity to be played selectively.

He missed or was used off the bench in a dozen games last season, which was actually a big improvement on previous seasons.

All eyes will be on how Pep Guardiola chooses to utilise his players during the preseason, for any hints on what we might expect to see.

Attacking defenders can sometimes be a bit of a mirage – lots of promise with limited delivery.

Having said that, the top five scoring defenders from last season all fall into this category, though their attacking prowess was coupled with the fact that they played in sides which also had resilient defences.

Look for attacking defenders from the better defensive sides, but keep an eye on those with heavy schedule commitments (Leicester, Arsenal, Spurs, Man City, Man United, Southampton, and West Ham made the cut for Europe), and tread with caution on those with the deepest benches in order to avoid too many rotation headaches.

If Ronald Koeman can organise Everton the way he did Southampton, Leighton Baines, who in an injury ravaged season finally showed his attacking prowess with two goals to close out the final four games, may at some point justify his usually premium price tag.