Julian Zipparo is regularly one of the highest placed FF managers in the official Premier League Fantasy Football game every year, and he's going to help you pick the perfect team, player by player. 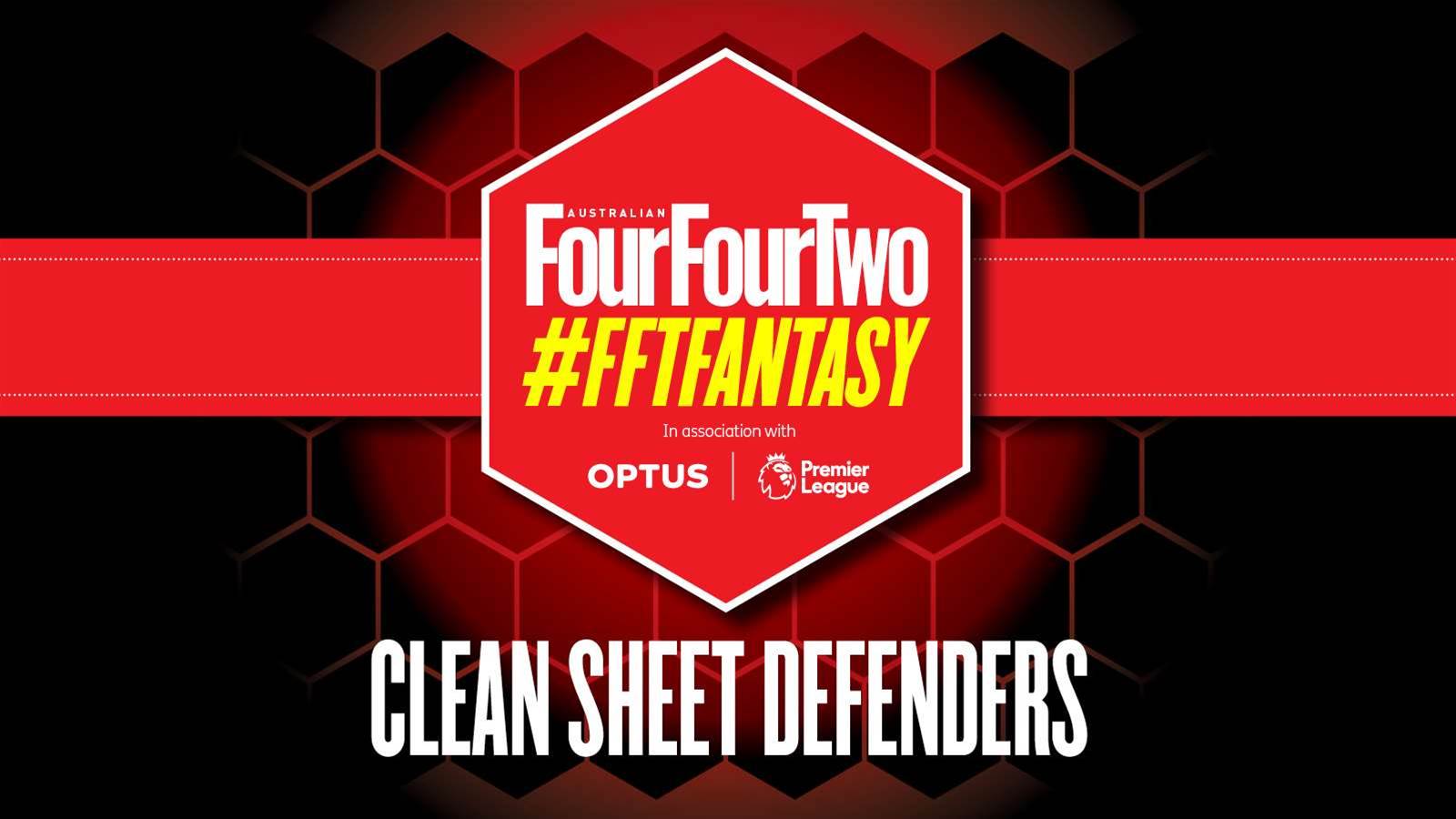 Clean sheets are one area where the usual suspect high performing teams come into their own.

Taking out the Leicester surprise, Manchester United, Tottenham, Arsenal, and Manchester City conceded the fewest goals and again ended with the most clean sheets last season.

It’s no accident either, they are all organised at the back, and well up the stats charts when it comes to fewest attempts against within the box, and fewest big chances allowed.

What’s missing? Unusually last season it was Chelsea. Don’t expect that will stay the same however, with a new Italian manager at the helm who is known for his high expectations and defensive organisation.

Similarly, the already solid Manchester United will need to adapt to a new style under Jose Mourinho, himself no stranger to the parked bus. 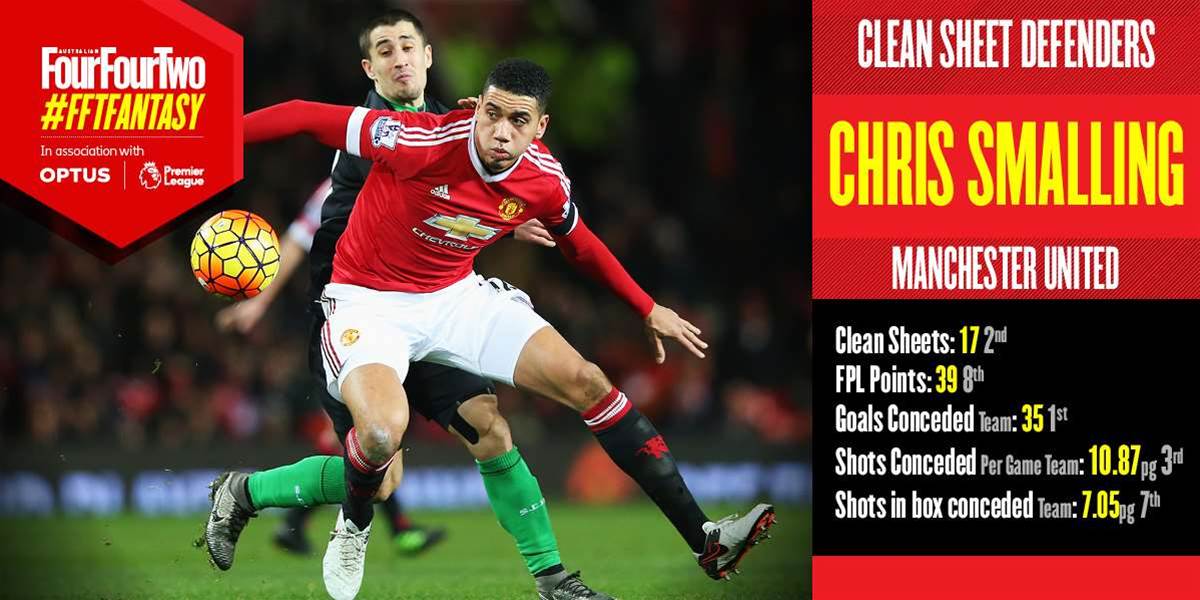 Club level statistics are highly relevant when it comes to predicting defender clean sheets. In that regard, Manchester United (while they failed to meet some of their fans style of play expectations) performed really strongly last season. They conceded the fewest goals (along with Spurs at 35), which included a league leading and measly nine when playing at home, on the back of allowing the fewest shots to their opponents while there (8.37 per game). Chris Smalling cemented a centre back spot and effectively marshalled the backline, finishing third amongst defenders in aerial duels (121), and proving himself to be a very reliable fantasy performer. He ended the season second in total defender clean sheets (17), with those coming in bunches such as the three which kicked off the season, and a further four in a row through the month of October. 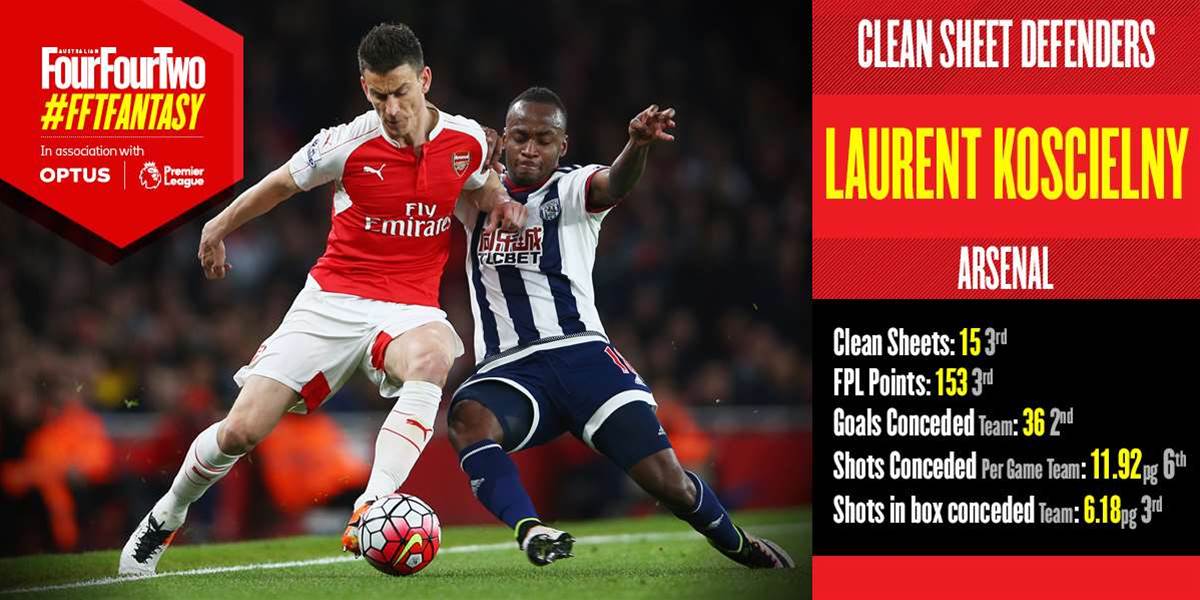 While teammate Hector Bellerin, profiled in our attack minded defenders piece, topped the clean sheet charts last season, his French teammate also finished in the top 3 and has consistently produced ~150 fantasy points per season (15, 11 and 17 clean sheets respectively in the last three, the latter in season 2013/14 being a league high). With the ability to also contribute a handful of goals per season, he can explode fantasy points, as we saw last season when he managed two 15 points hauls. All of the selling points we previously mentioned for Cech and Bellerin apply to Laurent Koscielny who was a big reason why the Gunners conceded the fewest big chances in the league (1 per game), and finished second in goals conceded overall (36) and at home (11). 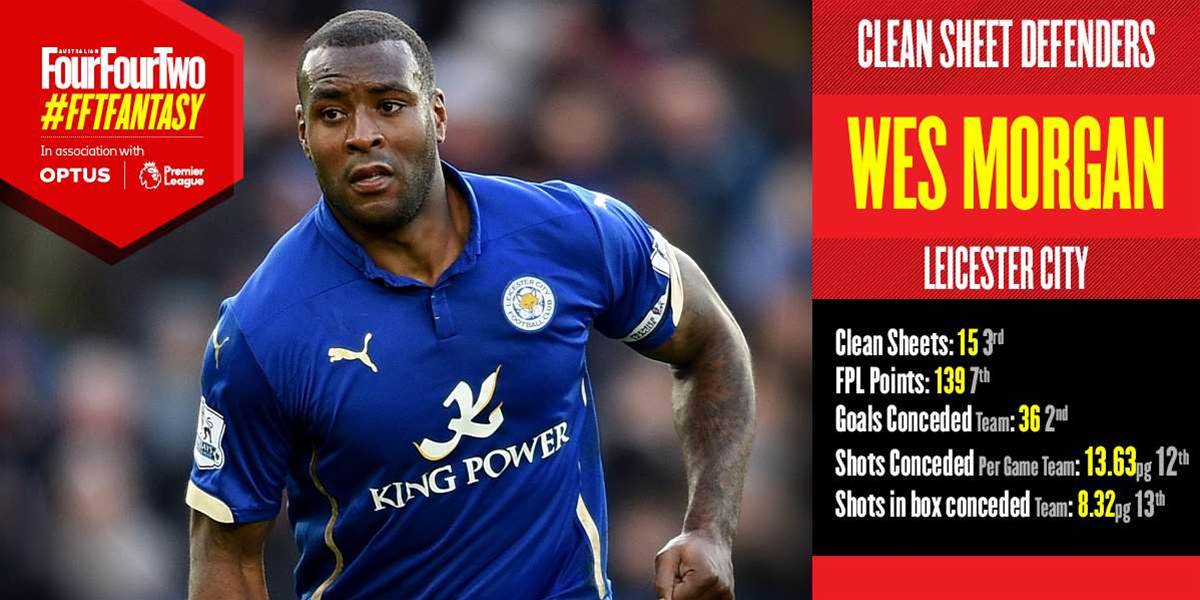 Wes Morgan was on the field for every minute of Leicester City’s historic title winning season. Despite that, he maintained a very modest price tag of between £4.3-£4.6m in the fantasy game, in some ways reflecting the belief of many that they couldn’t maintain their form. The addition of European football will add a new layer to their challenge, but who is brave enough not to at least consider the captain and stalwart of the current League champions? Surprisingly, their relative position in shots conceded overall and in the box was only good enough for mid-table (12th and 13th in the league respectively), however they were very tough to break down, even away from home where nobody conceded fewer goals (0.95pg). 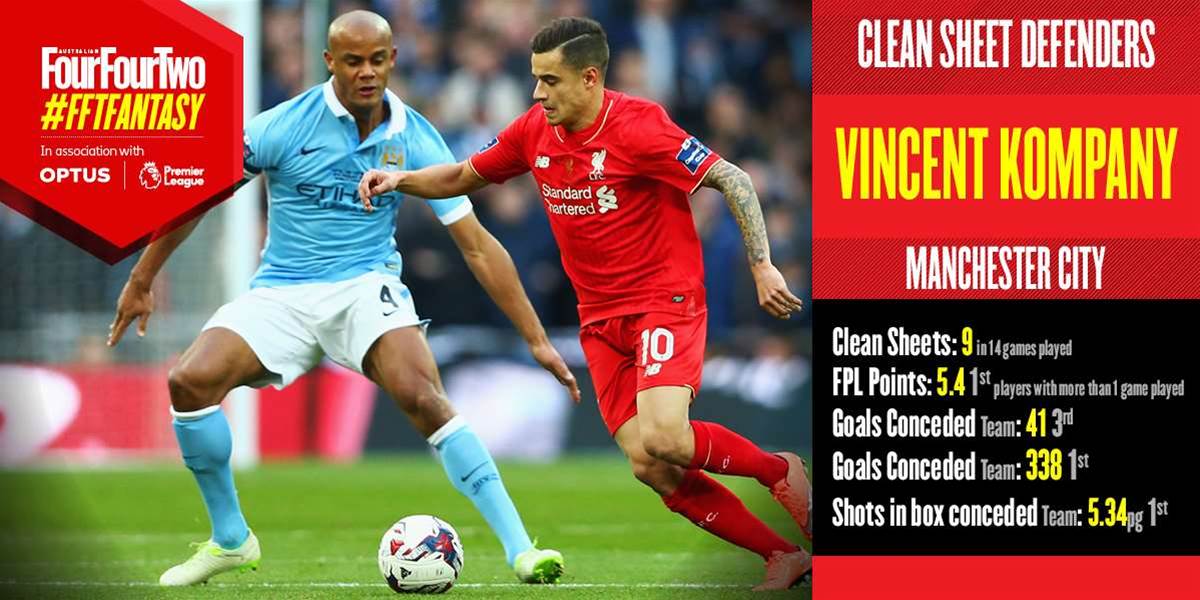 Vincent Kompany is the perfect example of why the fantasy managers who stay on top of injury news throughout the season are likely to be the most successful. When playing, he is a statistical ‘no brainer’ selection, with the highest clean sheet percentage for all defenders (64.29%), and the best fantasy points per game rate for players featuring in more than one game (5.4ppg). His team were also the only to concede single figure shot attempts per game (8.89pg), and allowed the fewest in the box (5.34pg). Though he seems to have been around for a long time, he is only 30 years old, so keep an eye on whether he can overcome his persistent injury issues (and Manuel Pellegrini expressed some doubt about that) because if he does make an extended appearance this season, he’ll almost certainly score well.

FINAL TIP
Until last season, a Chelsea defender led the league in clean sheets for two seasons running (Branislav Ivanovic with 17 and 16). It’s reasonable to expect that there will be new faces in the Chelsea backline, perhaps even from among new manager Conte’s old reliable favourites who understand and work well within his favoured tactical high pressing 3-5-2 or even 5-3-2 formations. A Chelsea defender will undoubtedly be a wise inclusion this season, in particular given the advantage they have over their rivals in the league of not having to travel and play midweek European football. The addition of the league’s most prolific tackler, midfielder N’golo Kante arriving from the champions, only goes to strengthen that argument.

Sign up for Fantasy Premier League here and join the FourFourTwo league with this code: 33199-13777