In part 4, fantasy football genius Julian Zipparo takes a look at the guys who make it all happen, gelling defence and attack through their creativity in the centre of the park. There are a few things to look out for when it comes to picking the creative midfielders whose abilities translate into fantasy points. Most obviously those who are given responsibilities for dead ball set piece situations are valuable, in particular from sides with potent aerial threats. The players who finished last season on top of the assists charts were unsurprisingly from the teams who scored the most goals. So as well as looking at the individual, be sure to take a look around them for astute finishers, and beware of those midfielders who, while creative and great to watch, always seem to be providing the assist for the assist (the second to last pass before a goal) which in fantasy Premier League terms counts for nothing. It difficult to find a statistical area related to creativity where Mesut Ozil did not finish first last season. He was top of the pile for: assists (19); goal attempt assists or key passes (146); passes in the opposition half (1,645); final third (1,247 – with over 80% of those successful); through balls (42); accurate crosses (3.1pg); big chances involved in (40) and created (28). Even the at times unreliable Olivier Giroud who missed more big chances than he scored (9 scored and 13 missed - a 40.91% conversion rate) could not keep Ozil from eight double digit fantasy point hauls and 200 points, good enough for fourth in the entire game. 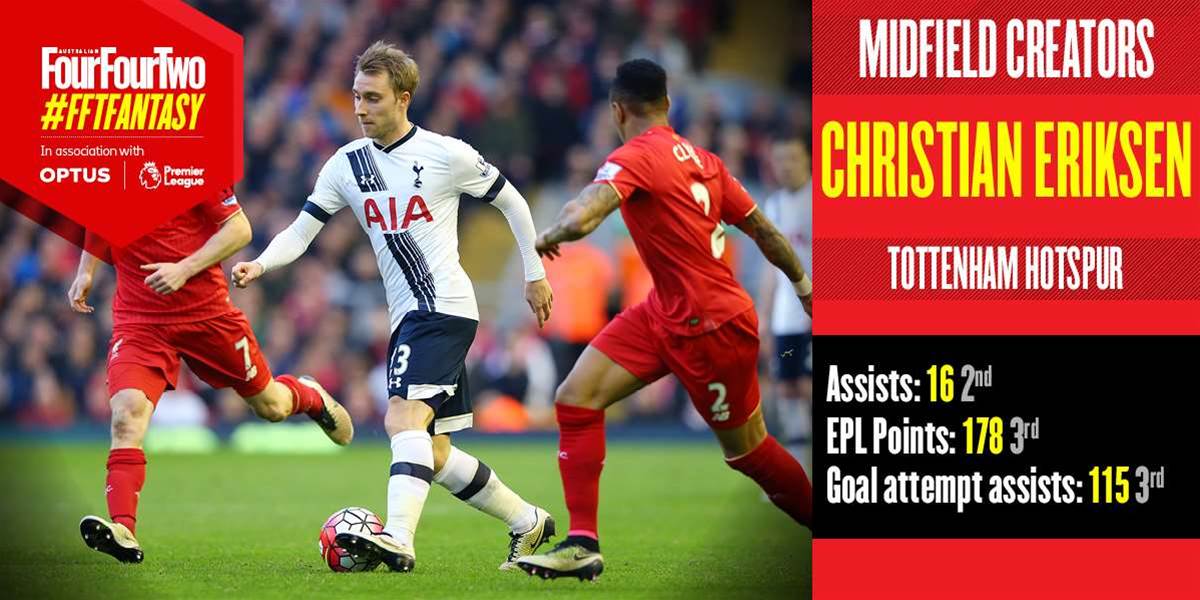 Perhaps somewhat overlooked given his teammates Dele Alli and Harry Kane, Christian Eriksen finished with only around 12% ownership, despite being the 7th highest fantasy scorer overall, and having had a remarkable finish to the season with 6 high scoring games in the last 10 (including 5 consecutive games with an assist). He was one of the few to beat Ozil in any midfield related stats category, finishing with the most goal attempts involved in for the league (215). Coupled with his creativity which had him second in total assists (16) is a reliable shot. While he led the league in shots outside of the box (70), he also managed to lead midfielders in shots on target (42). With an excellent fixture list for the start of the coming campaign, Spurs creators must be considered. The only issue is that as a team they seem to share the points around (along with goals, Alli also had 12 assists, and Lamela another 9) so doubling up on Spurs attackers from the outset is something many will be considering. 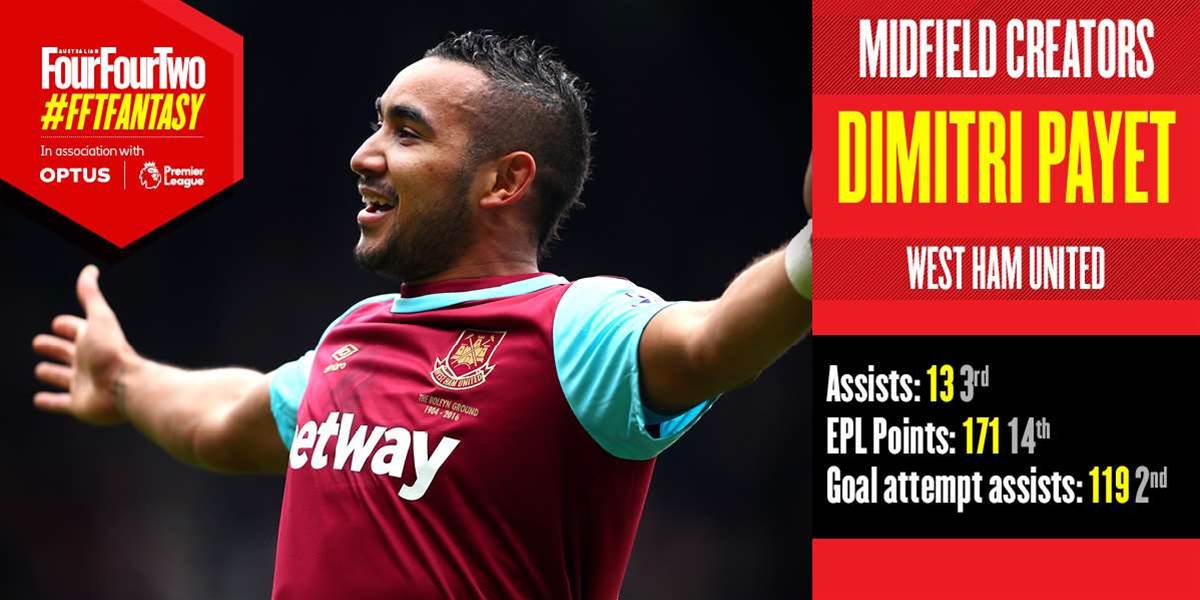 Premier League fans were not surprised to see Dimitri Payet hit the world stage during Euro 2016 – they’d witnessed his star rising very quickly all season. Few would argue that he was central to the Hammers’ seventh placed finish. His dead ball delivery is second to none, leading the league in successful crosses (95), accurate corners (2.8pg), and assist chances from set plays (49). Delivering 5.7 fantasy points per game, he was tied with Ozil and second only amongst midfielders to Mahrez. The level of consistency he displayed was remarkable, scoring or assisting in 17 of the 30 games in which he appeared. He certainly won’t start at a price of £7.5m again if he stays in the Premier League, but if he is at West Ham he may be worth an elevated price tag, given that the Hammers will be energised by a shiny new home ground and a fixture list which sees Bournemouth, Watford and Middlesbrough visiting early on. One of the great unknowns of the coming season is how David Silva will fare. Last season was largely forgettable, as he missed 14 games with a recurring ankle problem. Despite that, he managed to finish sixth in assists. He showed glimpses of his phenomenal abilities, setting up goals in 3 of the first 4 games of the season. In seasons prior, he rarely disappointed, racking up between ~140-190 points in each of the last 5. The question is whether he is will stay and thrive under Pep Guardiola. While he suits the ball retention ethic, his lack of speed may not be what a manager who calls for quick pressing wants. If he slips further back into the midfield the way of Cesc Fabregas (who led the league in assists the season prior to this one and then faded somewhat), then the points may dry up. If he doesn’t and manages to shake his niggles, it could be a bumper season where he even starts off unusually for him a little under the radar.

It is possibly a no-brainer that Mesut Ozil is the man you are looking for if seeking creativity. After a season where he created the most chances ever in a campaign (146), was involved in over 30% of Arsenal’s goals, and was one assist short of that record (Thierry Henry’s total of 20), he was selected as FourFourTwo Stats Zone Attacking Midfielder of the Season.  Keep in mind though, that he did most of his damage during the first half of the season where he contributed 16 of his assists including a run of 7 games in a row. Only 3 of his 19 assists came after Christmas, so get in early and jettison later if he starts to wane or shows signs of fatigue from the Euros which have significantly shortened his break.