In part 5, renowned fantasy football expert Julian Zipparo takes a look at the goldmine of every FF squad - the midfield finishers! 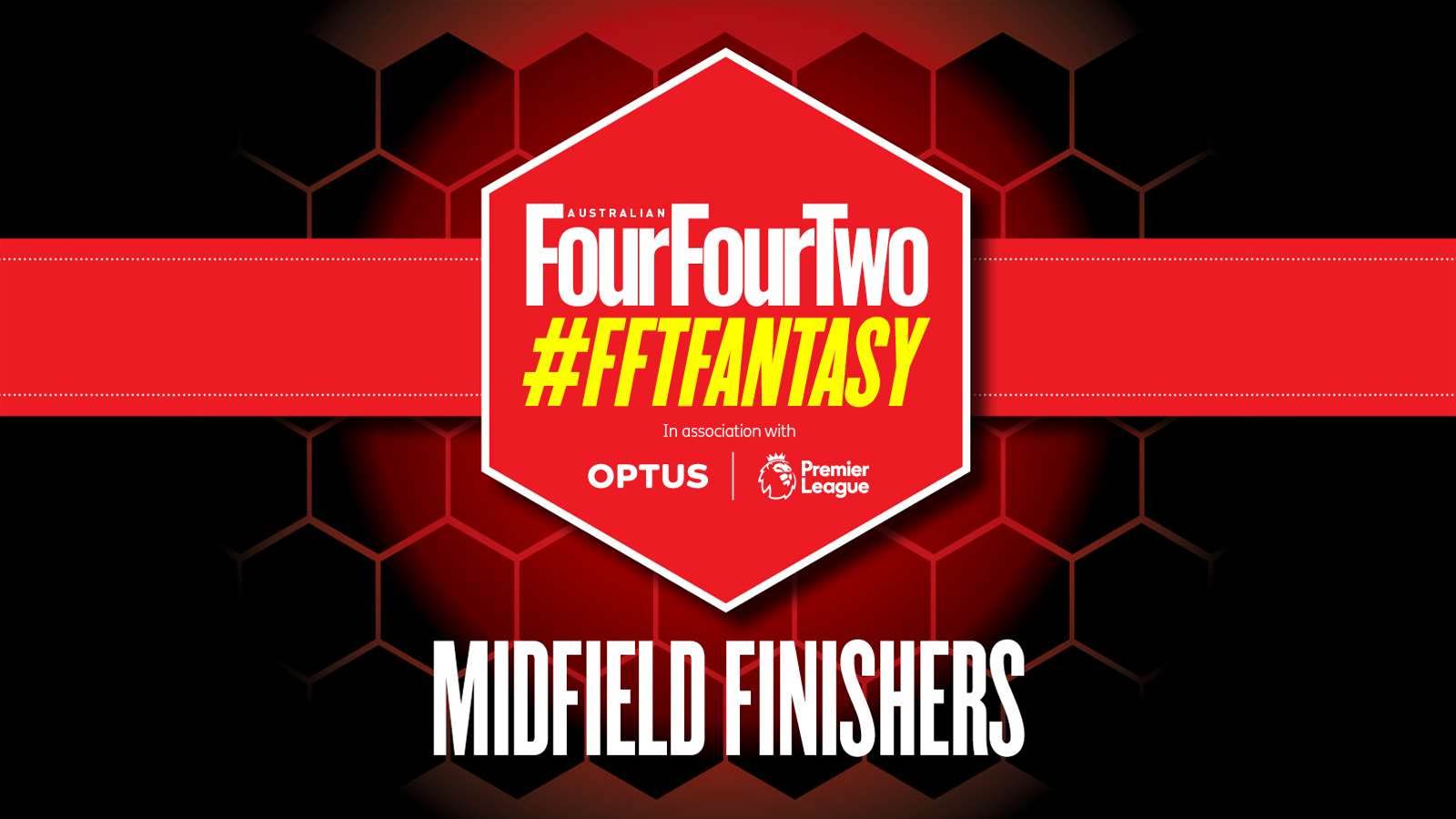 Often the highest fantasy point scorers are midfielders who can find the net, and this season was no different. At times their price bracket competes with those of the premium strikers, but the best of them can offer a holy grail combination of goals, assists, and bonus points. Set piece and penalty taker lists can provide something of a map toward such players, but in the course of the last three seasons they seem to have appeared from unexpected places as well (witness the likes of Michu in 2012/13, Aaron Ramsey in 2013/14, and perhaps most spectacularly from last season, Riyad Mahrez). 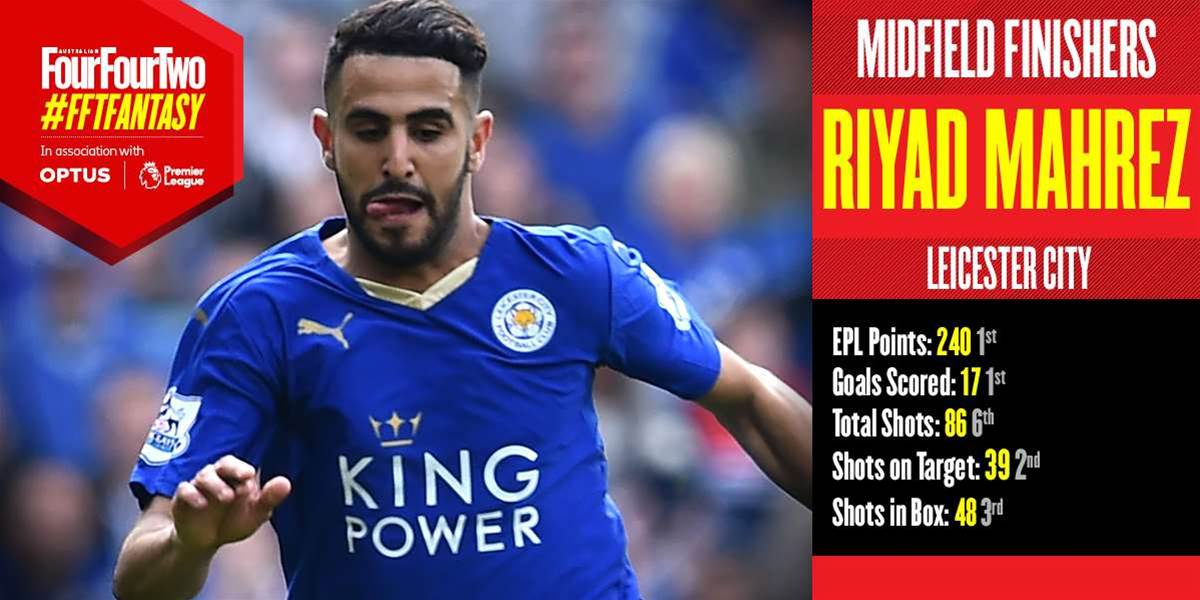 The season’s highest fantasy scorer announced himself early, with five double figure point hauls in the first six games of the season. Those who thought it couldn’t possibly last and didn’t bring him in (~40% of players) had to watch him deliver 11 double figure games (a league high), and 240 points in total. To put that into perspective, it is a higher score than Sergio Aguero has ever managed. Along with 11 assists, he scored 17 times, the majority of them coming during stellar pre-Christmas form where he netted 13 goals. Whether he can get off to such a start again remains to be seen, if he stays, the league champions face the team that beat them twice last season Arsenal, as well as Liverpool, Chelsea and Manchester United early on. He did defy fixtures on occasion however against Spurs (10pts) and Manchester United (14pts), and has games against the likes of Hull and Burnley sandwiched between them, so he is hard to ignore. 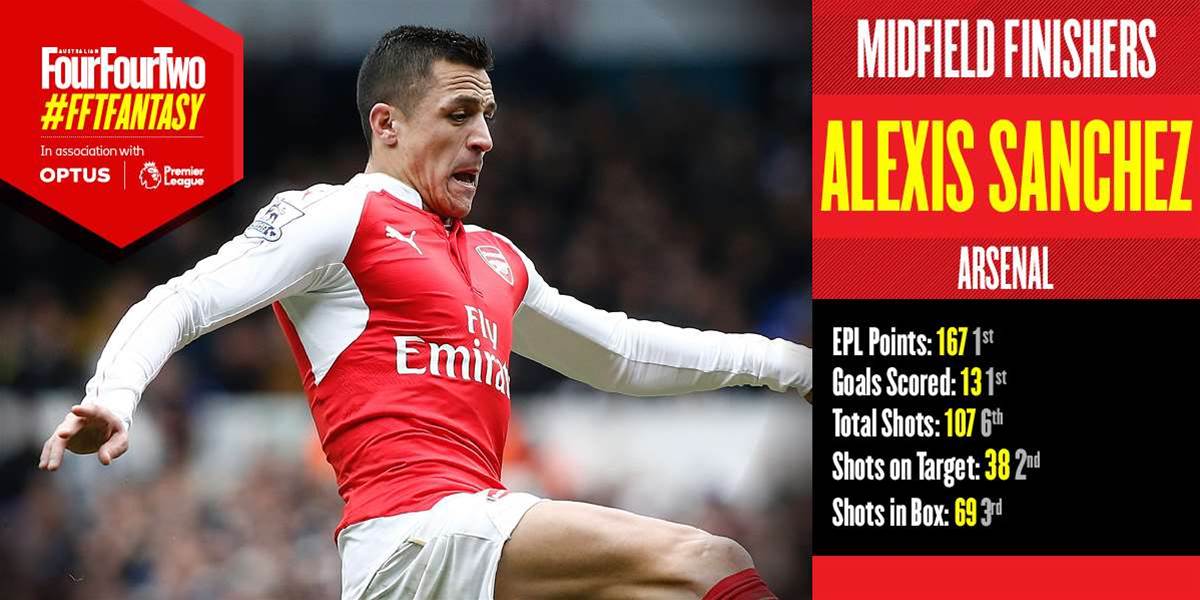 Alexis Sanchez is an expensive commodity, but having scored the most midfield goals in 2014/15 (16) and finishing second last season (13), he has shown that he is usually worth it. He missed eight games last campaign and took a while to come back to form, but when he did he scored goals in five out of six games (and in six of the last 10). His underlying stats are always impressive, finishing the season second in total shots by a midfielder (107), and importantly the most inside the box (69). He also rises to big occasions, and is the epitome of a player who is fixture proof, having netted last season against an incredible tally of six of the top seven sides. 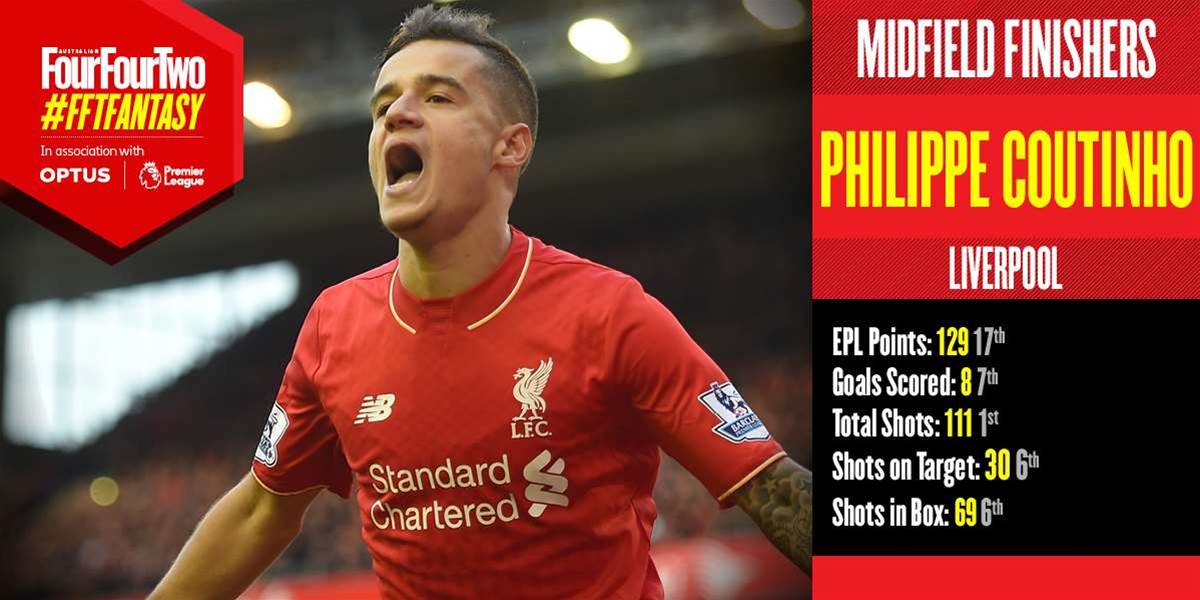 No midfielder last season took more shots than Philippe Coutinho (111 or 4.3pg). That statistic alone however can be deceptive. Where those shots came from matters, and over 60% of his came from outside of the box. What that often comes with is inconsistency. He had streaks of games where confidence was obviously high (such as his three double figure point hauls during October and November which included goals against Manchester City and two against Chelsea) followed by barren runs. He was also a rotation threat last season, only 13 of his 26 appearances lasted the full 90 minutes, but without European football to contend with that may change in the upcoming campaign. 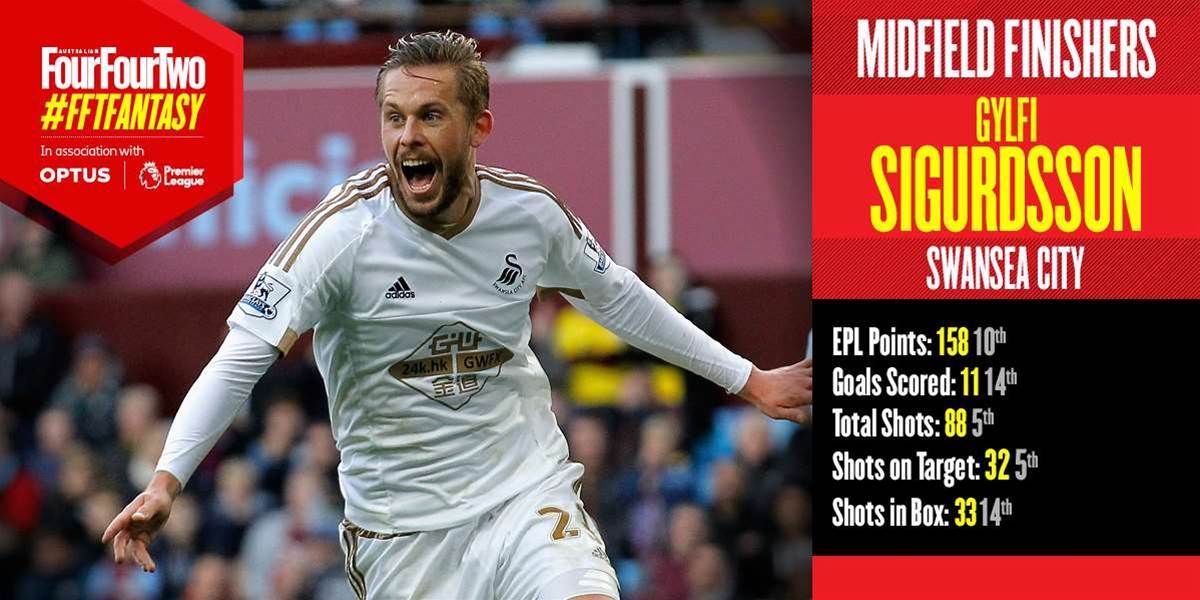 Gylfi Sigurdsson has been something of a fantasy favourite since his days at Spurs, and has morphed from an assist maker, to the scorer of great set piece goals at Swansea. He began the new year with a run of 5 goals in 6 games, and had a further run of 4 in 5 games during March/April. He finished in the top 5 midfielders in terms of total goal attempts (88), shots on target (32), and goals scored (11).
With an attractive set of opening fixtures against Burnley and Hull, the Swans will be expecting a strong start, and he should be on something of a high following his nations European achievements.

FINAL TIP
Some players classified as midfielders are a good chance of playing out of position in striker roles as a season progresses. You’ll be well served by keeping a keen eye out for those opportunities. Last season for example: Andre Ayew scored in the three of the four opening games and in each of the last three; Roberto Firmino was utilised as a false nine on occasion and bagged seven goals during the Christmas and new year period (so keep an eye on whether Daniel Sturridge succumbs to injury yet again); and Sadio Mane along with five goals in the last five games of the season, even managed a hat-trick against Manchester City. Having said that, always be wary of the opposite too, as West Ham’s Michael Antonio went from a midfield goal threat last season to a role plugging up an injury plagued defence.