In this latest guide, Julian identifies the qualities to look for in that costly goal-poaching striker that nets the glory and the big points each week - but can suck a huge hole out of your recruitment budget. 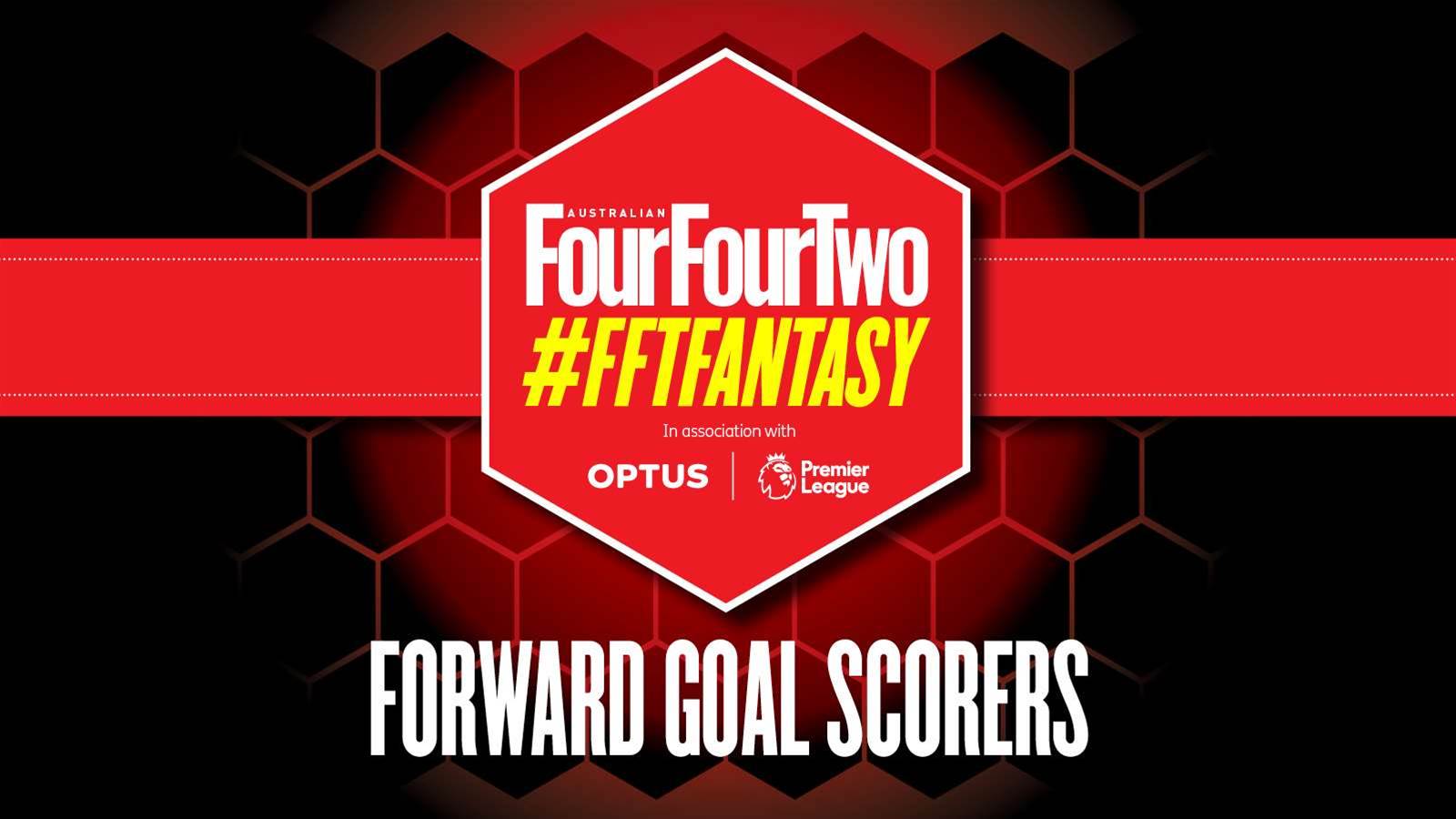 Some tough decisions need to be made when signing your marquee striker(s). Even two of them can take around 25% of your team budget, and can leave you without premium midfielders or with a patchy uber-budget defence. It’s difficult not to be swayed by the number of goals scored, but it is worth keeping some perspective on other aspects of the game as well. While eight of the top ten league goal scorers predictably came from this position, only four of the top 10 fantasy scorers last season did. In value terms (points per million spent), these guys were nowhere to be found again by the end of last season. Having said that, living without any of them would leave you open to wild fluctuations of fortune, in particular when they go on scoring streaks, so choose and spend wisely. 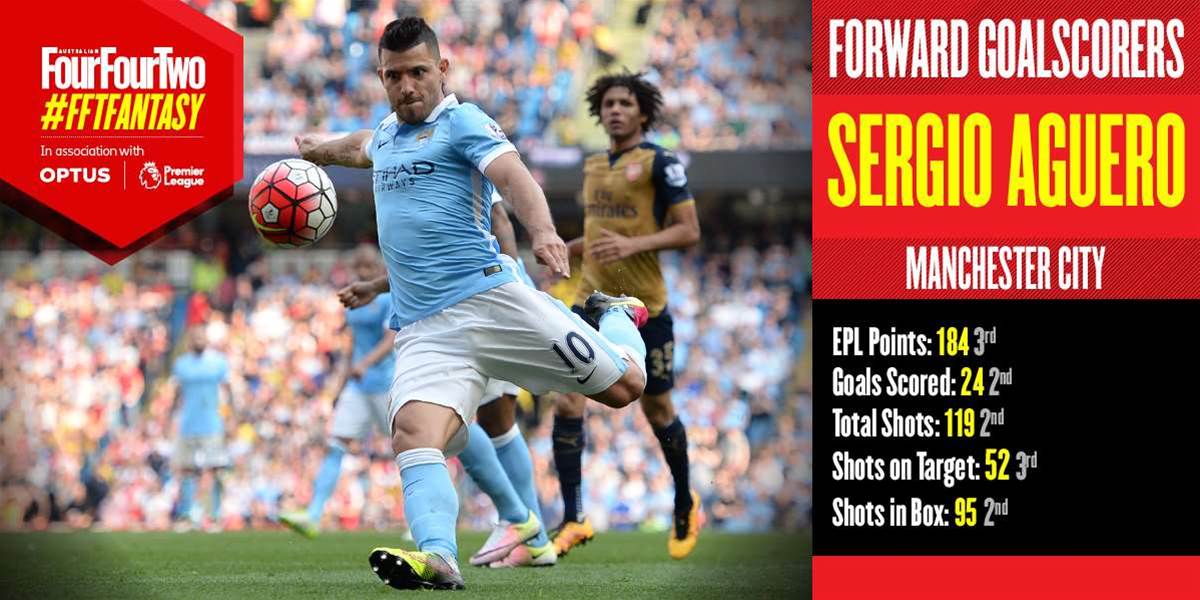 As the game’s most expensive player, the question everybody has to ask at some stage is will you or won’t you go for Sergio? Whenever he overcomes his tendency for injury niggles, the case for having him is very compelling. He started last season gingerly, only netting once in the opening seven, but made up for it in one fell swoop scoring five against Newcastle during a rampant 20 minute spell in gameweek 8. Despite missing eight games, he finished fifth overall in total fantasy points (184), making his five year average over 177 per season. Only Riyad Mahrez managed to exceed his 6.1ppg, and nobody beat his season high score of 26 points in gameweek 34, which made him the optimal triple captain pick. Manchester City welcome Sunderland at home to kick off the season, and they have a new manager to impress, so starting without him would be a brave move. 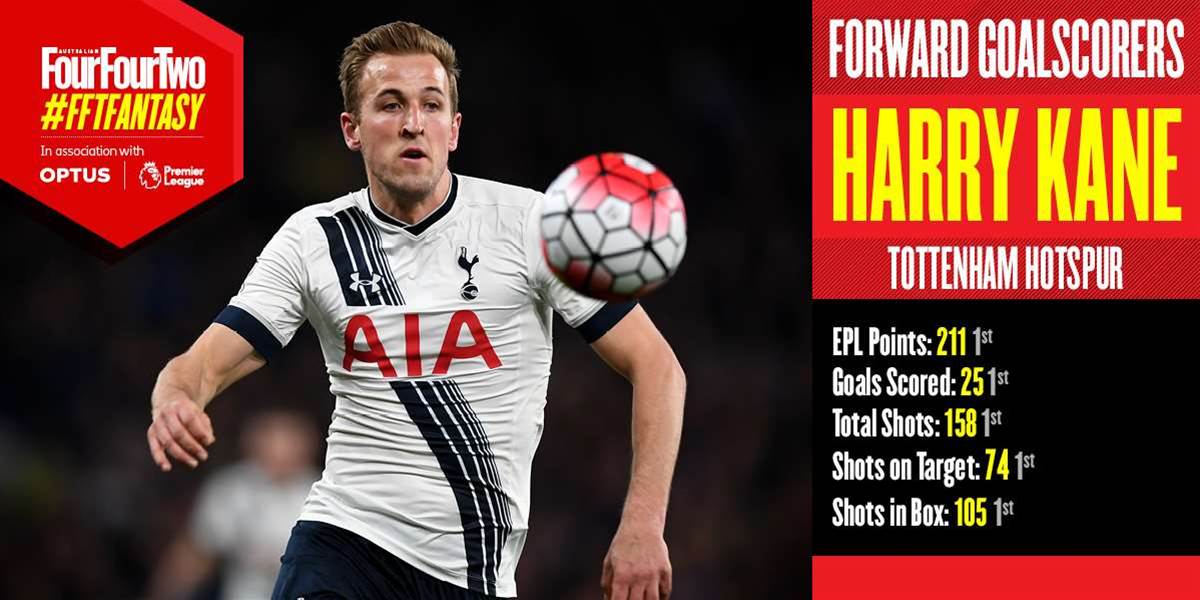 Following his 21-goal previous season, it was beginning to look like a sophomore slump for Harry Kane when he’d failed to score after six games. Confidence eventually came flooding back however, in particular following an October hat trick against Bournemouth, after which he found in the net in four straight games. He - by a significant margin - managed the most shots in the league over the course of the season (158, with Aguero next best at 119), as well as the most in the box (105) where 23 of his eventual league high 25 goals came from. He managed eight double figure fantasy points hauls, largely against lower ranked opponents. He wasn’t just a flat-track bully though, also scoring against Manchester City, Arsenal and Chelsea, which made him a very reliable addition to over 40% of fantasy teams. 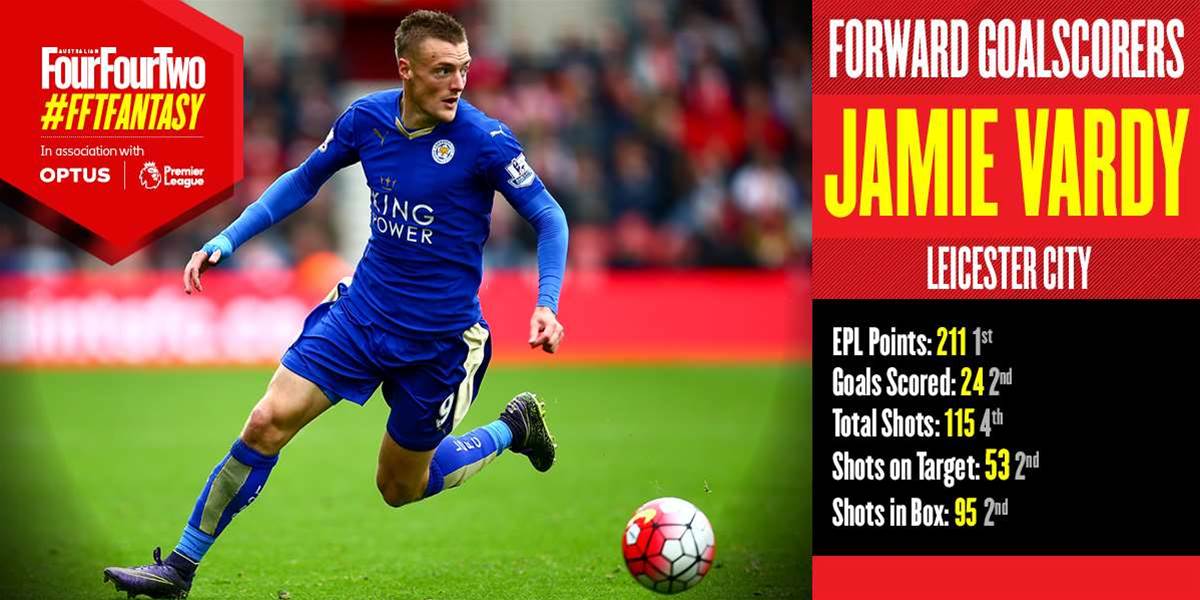 Jamie Vardy will long be remembered for his record 11 game goal streak from August to November. He was involved in more goals (30) than any other player in the league, and so unsurprisingly was selected the FourFourTwo Stats Zone striker of the year. During the few goal scoring dry spells he experienced, he managed to make it up to owners by finding assists, finishing with at least one goal or assist in 26 of his 36 appearances (and braces in six). His £6.0m starting price of last season is of course a distant memory following his whopping 211 point season total, which was best among forwards and tied for second overall. 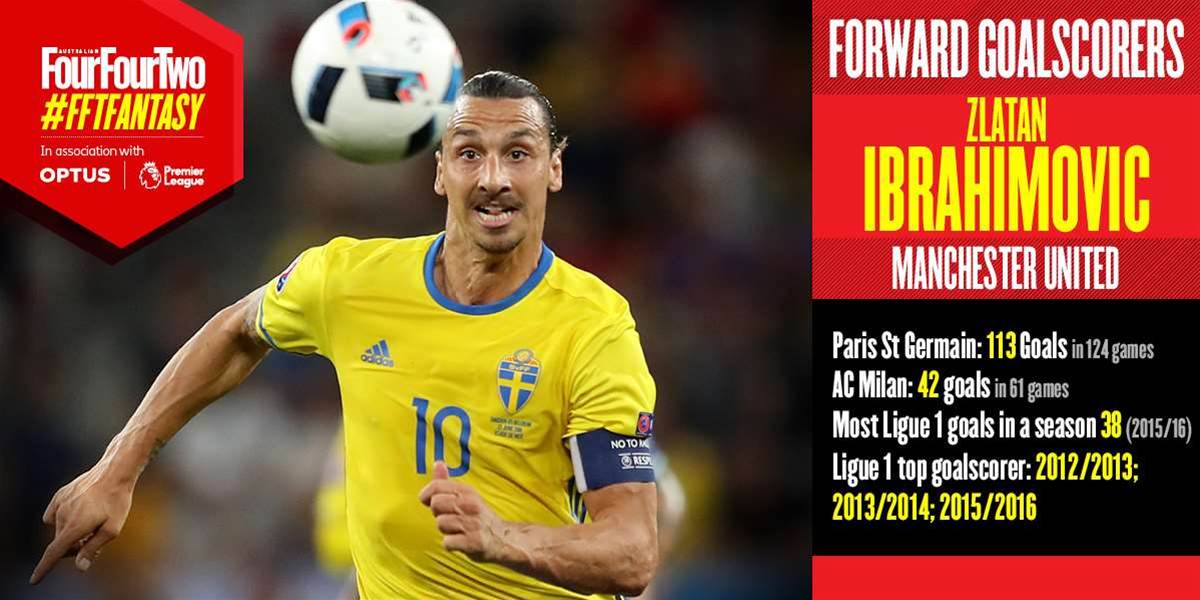 Now the long speculated move to Manchester United has been confirmed, Zlatan Ibrahimovic will be very surprised if he is not in your fantasy team. If you’ve only seen him in international settings, you’ve only seen one (uncharacteristic) side of the man who has scored 113 goals in 124 league games for Paris St German, and 42 in 61 games in Milan. If you’re worried about age being an issue, he scored the most Ligue 1 goals ever last season (38, breaking a near 40 year record), with four of them coming during a nine minute hattrick in March. Both Hazard and Payet have shown that quality in Ligue 1 can translate to the Premier League, and added to that, Zlatan has already shown his adaptability, scoring in his first five games following his move from Serie A to Barcelona, and winning 13 titles across four different leagues, something nobody else has done.

One of the common mistakes in fantasy football is the kneejerk transfer. It’s difficult to resist making your weekly move just on the basis of the most spectacular performance of the previous round. As well as ending up with a template squad which resembles lots of others, this tactic is prone to failure. Last season for example, Newcastle’s Georginio Wijnaldum followed up a four goal game in gameweek 9, with a run of only one goal in the next ten. Similarly, Arouna Kone’s hattrick and 20 point game was followed by no goals in the following 14, and Steven Naismith managed a hattrick against Chelsea in gameweek 5, followed by one goal in the following 18. Take a deep breath, and don’t make your transfer too early or on the basis of the odd game.