Socceroos midfielder Jackson Irvine choose the perfect moment to open his goal-scoring account for the national team, heading home his side’s first in a 2-0 win over the UAE.

In a rich vein of form for Championship side Burton Albion, Irvine connected with a James Troisi cross after just six minutes and put the Socceroos ahead.

“To get us off the mark with a goal was perfect,” Irvine told Socceroos.com.au post-match.

“We’ve shown how lethal we can be from set plays over the course of this qualification campaign."

The 24-year-old buzzing to have struck such a crucial goal and grab his first in a Socceroos shirt in Australia.

“Absolutely delighted. Such a proud moment, especially to do it on home soil in front of my family. An incredibly special moment.”

With both goals on the night coming from James Troisi corners, Irvine revealed they’re not getting any particular attention from the Socceroos.

“We focus on set plays massively but not more than we focus on the rest of our play.

“Both corners come from the football we like to play. However the goals come, they’re all from the training ground, they’re by design. Nothing we do happens by chance.” 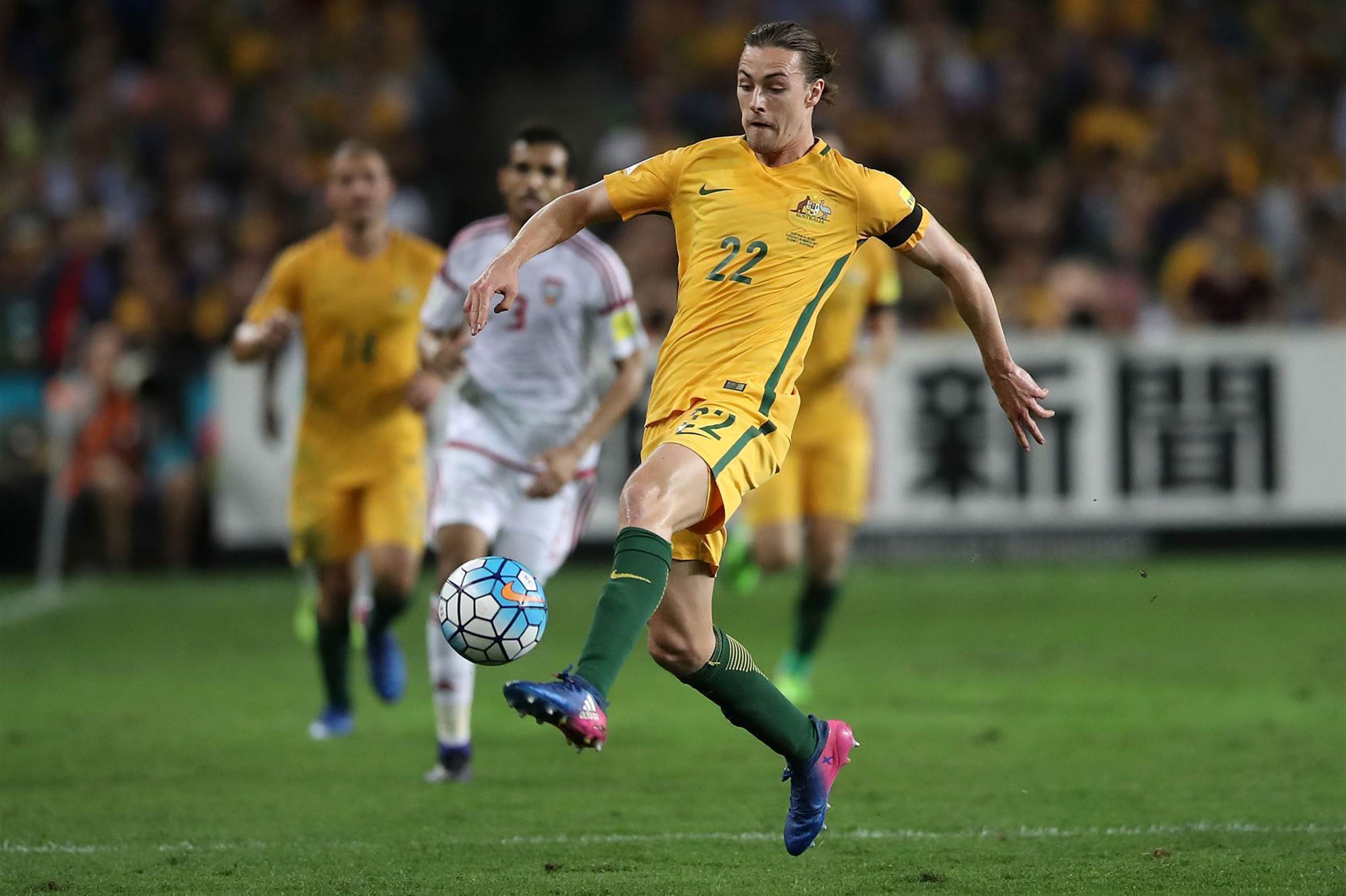 ADJUSTING TO THE NEW SYSTEM

Playing the full 90 minutes, Irvine looked comfortable in a new look formation and insists the side isn’t letting any external pressure get to them.

“We just keep going about our business the same that we have been,” he said.

“There’s been a lot of white noise from the outside this week for us but we’ve all been calm and focusing on what we’re trying to do.

“We played three at the back at Burton for the first half of the season, formations are formations, it doesn’t take away from our style, the principals of what we try to do.

“Whatever shape we play we know the principles stay the same.”

ON PLAYING AT HOME

After Tehran, Irvine felt the full force of the 27,328 strong crowd on his side.

“I think in any international competition people will always tell you what an advantage it is playing at home and the crowd were brilliant tonight,” Irvine said.

“They really lifted us through times in the game, when they were trying to slow it down and frustrate us, to have the crowd on your side at those moments is a massive help.”