The prospect of an independently run A-League, an FFA focused on player talent pathways coupled with huge population growth can be a platform to finally grow football on a mass scale in Australia.

However, cautions former Socceroo, A-League championship winner and Asian Champions League hero Ante Covic, the right people have to be involved to plan, execute and drive perhaps the most pivotal era in the game’s history.

“Drive around Sydney and Melbourne on the weekend, look at how many parks have junior football? We're still number one by a long way,” he told FTBL.

“If we can get all our ducks in a row… we’ve heard it for so long, ‘the sleeping giant’. This is a game that can explode but we haven’t got there yet.

“I’ve been critical of FFA as well as everyone else. So many decisions have hurt the game and that’s absolutely got to stop.

"Because the future is right in front of us, it’s there, we are the sport for the future, for women, for grassroots, for the A-League and W-League… the possibilities are endless.

“But we need as a code to get our act together, including of course the FFA. And we’ve just got to get the right people in the game’s key roles.”

As Covic says, despite the negativity around the game, Australia’s golden chance to get it spectacularly right could well be over the two decades. 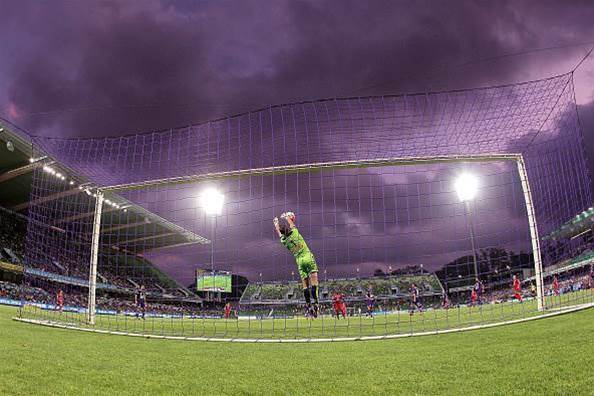 Covic in goal during his storied A-League career

An independently run A-League is set to create opportunity and business nous as club expansion for the A-League and Second Division continues to cater for new growth corridors around the country.

Add to an entrepreneurial A-League a national governing body freed up of the time to run the game and help produce world-class talent.

With population predictions tipping an Australia of 36 million by 2050, football’s future is now opening up on the horizon.

Otherwise, the most popular football on the planet will have squandered yet another chance – and possibly its last chance – to position football as the number one choice for fans at the grassroots level and, and this is key, football at elite men’s and women’s level.