The Heidelberg United striker left Kenya at just 11 with his family arriving in Melbourne in 2004 in search for a better life.

Athiu was born in South Sudan and played football since childhood. He then got into South Springvale's U-12s side through a family connection in Melbourne.

Athiu is currently based in Melbourne’s south-east suburb of Narre Warren and believes there is room for an A-League team in Dandenong.

“Football in Australia is an ethnic driven sport and in the south-east the community is very big and a lot of the local teams have massive juniors,” Athiu said.

“I’ve heard a few rumours about the council members trying to back a movement as well, so I think it would be successful.”

Athiu also feels football is missing out when it tries to reject the ethnicity within the game and the history of the National Soccer League (NSL) clubs.

“That’s where you get your supporters who are passionate about the team and their history, but with the A-League there’s no history to it,” he said.

“You can’t really get these olden day supporters bringing up their little kids telling them about how they should be supporting these teams.

“I guess with the Heidelberg supporters here, you get a lot of older supporters bringing their little grandchildren, and I think the ethnic community play a big part in football in Australia.” 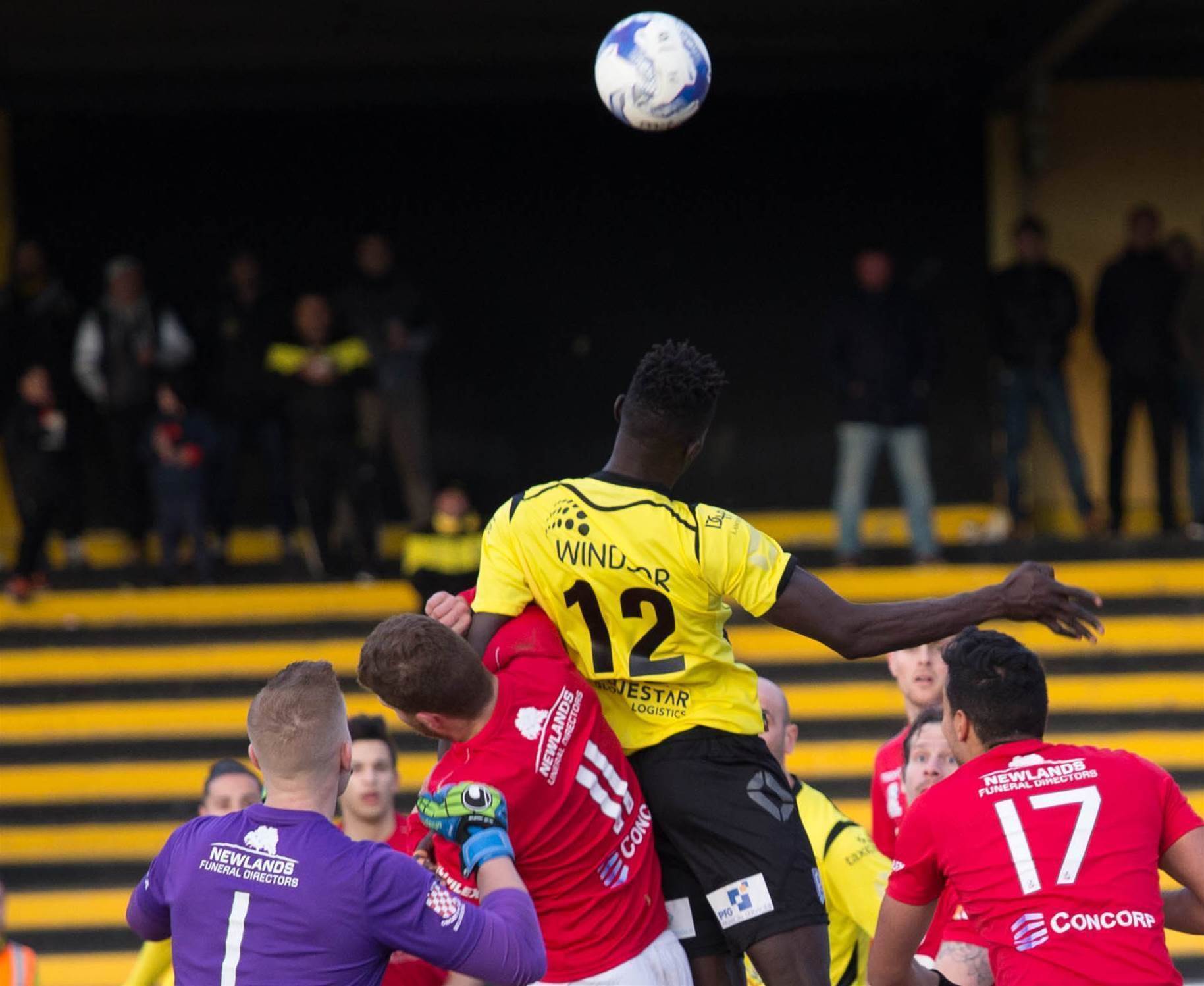 Athiu has scored 13 goals in NPLVIC this season and is eyeing an A-League opportunity in the near future himself.

“I love seeing everyone from the same background as me make it,” Athiu said.

“The way I see it is it’s not more about us but the future generation coming up, they’re just see a few of the older boys at that level and also inspire them to push themselves.

“I do take inspiration from them and I do hope to be playing with them in the future.”

The Bergers face a challenge in the FFA Cup Round of 32 when they lock horns with Perth Glory at Olympic Village.

Heidelberg’s furthest progression in the competition came in 2015 when they were knocked out of the quarter-finals 5-0 by Melbourne City at the Village.

Athiu, who is currently working in retail full-time admits he will try to use the game as a shop window, but on the pitch is treating it as another game.

“I’d like to think so,” he said when asked if he deserved a chance.

“I’d like to play in the next level, I’m doing everything in my part to get an opportunity and it’s no longer in my hands. I’m just going to do what I can and just see what happens from there.

“We’re going to go out there to win the game, I’m going to try put the same effort as I do in NPL matches and if I do get recruited from that, then so be it.”