Football Victoria has revealed further fee relief and refunds for clubs throughout the state as it plots football's return from its COVID-19 enforced hibernation.

In a Thursday afternoon release, Victorian football’s governing body touted a tailored fee relief and refund proposals sent out to date that totals in the order of approximately $1m in reductions – including over $600,000 for community competitions.

“Relief packages across all tiers of football have been funded by the foregoing of registration and participation fees that would have otherwise been due payable to FV for participation in 2020 competitions,” FV said.

“In determining the portfolio of these packages, FV has sought feedback from football stakeholders, including players, parents, clubs and associations.

“The packages are aimed at supporting the safe return to football at all levels and ensuring the viability of our 355 clubs and the game in Victoria more broadly.”

As previously reported by FTBL, FV – citing concerns clubs hold around the loss of live match revenue and acknowledging that the competition was the only senior competition to have commenced at the time of grassroots football’s shutdown – wrote to NPL1 club presidents on Monday to inform them of the establishment of a $160,000 rebate pool to be equally distributed to NPL1 clubs via monthly payments on the final day of the preceding month. 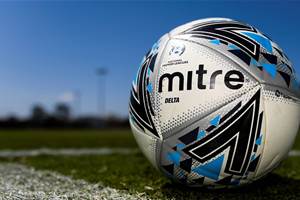 Should restrictions ease to the extent that over 300 people (inclusive of players and officials) are able to attend fixtures, however, the rebate program will cease – although a mid-month easing of restrictions would not result in FV seeking to recoup that months payment from clubs.

Clubs with existing debts to FV would not be able to access the scheme under the proposal, and the federation made a note in their Thursday statement that “all NPL clubs received the initial proposal based on self-funding from within NPL revenues, without cross-subsidisation from other levels of football.”

The fee-relief / refund offer to NPL clubs is self-funding from within NPL revenues and there is no cross-subsidisation in this offer from any other level of football.

NPL1 clubs that consider it to not be financially viable or otherwise feasible to compete in 2020 have been informed by FV their clubs can maintain their place in the Victorian footballing pyramid contingent upon their payment of the NPL1 senior men’s competition licence fee of $25,000.

FTBL understands that several of the 11 NPL1 clubs named as being reluctant to the field in 2020 - South Melbourne, Green Gully and Hume City remain the only three to publically declare a willingness to play - have since begun to discuss a return to the field, albeit with vastly reduced or non-existent wage bills for its playing groups.

With restrictions easing, our senior squad are going back to training this week. It's been a long time between oranges but we are all excited to move forward with the game we love. 😍#ForzaAvondale #AscendAndAvenge #BackOfTheNet #backontrack #putthebootson pic.twitter.com/CVTAq0Lq2g

It was not made clear in Thursday’s statement, though, what relief NPLW, NPL2 and NPL3 clubs will be receiving from FV as part of their fee relief and refund proposals, although NPL and NPLW referees have agreed to a 25% discount on their senior matchday payments until crowds of 300 or over are allowed to return.