Western United’s 3-1 loss to Wellington Phoenix on Saturday afternoon is set to be compounded, with a suspected serious injury to Brendan Hamill marring the club’s first Ballarat fixture.

With Ersan Gülüm and Josh Risdon both absent, Hamill had been handed a starting role by Head Coach Mark Rudan as one of United’s back three for the ‘Nix’s visit.

Unfortunately, the 27-year-old subsequently went down without contact in just the 11th minute of play and, in obvious discomfort, was forced from the field of play.

Compounding matters, Hamill’s fellow centre back  Aaron Calver was another injury-enforced substitute in the 62nd minute when he collided with Ball.

United went on to lose the game 3-1 to the surging Kiwi’s, with David Ball, Callum McCowatt and Ulises Davilla all finding the back of the net for the visitors – captain Alessandro Diamanti’s late penalty serving as little more than a consolation prize.

“Well it doesn’t look good,” Rudan said post-game. "For BJ [Hamill] to come off is not a good sign.

“We’ll get it assessed and go through the due process today or the day after and we’ll go from there.

“For him to come off, it’s not good and that’s the same for Aaron Calver.

“And probably that’s the biggest loss for us. We lose two stoppers. But again, we’ve got to go through the due process to find out how bad BJ is and Calver as well.

The club is also expected to shortly confirm the departure of midfielder Connor Chapman and Assistant Coach John Hutchinson.

First reported by The World Game, Chapman is expected to return to South Korea on a transfer, from where he was initially signed from, while Hutchinson, as reported first by The Sydney Morning Herald, is expected to be named as an assistant coach at MLS side Seattle Sounders. 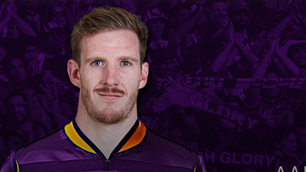