Celtic coach Brendan Rodgers has left the Scottish champions to take up the coaching role at English Premier League side Leicester City, while former Hibernian manager Neil Lennon has replaced him at the Hoops.

Rodgers, who was responsible for bringing Socceroo Daniel Arzani to the club, agreed a three year deal which will keep him at the Foxes until June, 2022.

Celtic have confirmed the return of former boss Neil Lennon until the end of the season to replace outgoing Rodgers.

In a strange turn of events, Lennon was coaching current Socceroos Mark Milligan, Martin Boyle and Jamie Maclaren until last month when he unceremoniously left the Hibernian role.

Lennon - who is a former Celtic coach and captain - will now take over two other Socceroos in Tom Rogic and Daniel Arzani.

Rodgers, who formerly coached Swansea City and Liverpool and won the Premier League Coach of the Year award before his Anfield sacking. 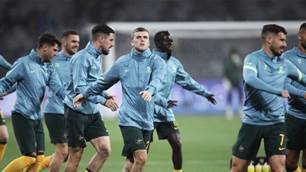