New Brisbane Roar head coach Robbie Fowler says he’s not an inexperienced head coach in the A-League, as some are suggesting.

Fowler was unveiled in front of the media this morning on the Gold Coast as the new head coach of Brisbane Roar.

The Liverpool legend and England international has agreed to a two-year contract from season 2019 with the former A-League powerhouse.

And the EPL great was quick to shoot down those who say he lacks experience in the dugout.

He said his high-level coaching badges and experience at the Liverpool academy suggest he’s ready for the role. “I’ve worked hard getting all my badges, obviously I’m qualified as a pro license, so to quash all the inexperience rumours,” the 44-year-old told media.

“I’m experienced in terms of getting the coaching hours in. I’ve worked really hard and this is where I want to be.

“Some will moan about this and that… I’m here to do a good job.

“I know which players I want to bring in,” he added. “I’ve spoken to a few players.”

While no names were mentioned, Fowler’s name and contacts will mean he’ll potentially bring in quality from Australia and abroad.

Though on the coaching front, Fowler will bring in Tony Grant, a successful former Blackburn Rovers youth team coach, as an assistant.

“I want to bring players in who are committed. Players who are tactically very good and technically good.

“And at a club with a salary cap [league] it’s maybe not as easy as people think,” he added.

The 44-year old holds the UEFA Pro Licence and has won the FA Cup, UEFA Cup, and UEFA Super Cup as a player.

Over the past seven years, Brisbane's new head coach has been coaching at Liverpool FC's renowned Academy program.

And he says he admired the way Brisbane played their football during the glory years from 2011-2014 when they won three championships in style.

Fowler says he wants to bring that panache and success back to the club with players who are committed to the cause.

The three-time title-winning club is second last on the league ladder, and as such miss out on Finals football in May.

“I’ve been in football a long time. And this is my first big, big role.

“It’s unfortunate a club the size of Brisbane to be having such a tough time,” Fowler added.

Fowler played two seasons with North Queensland Fury and Perth Glory around a decade ago.

So he’ll lean on that experience too as he plots Roar’s revival.

“I had two good years here [as a player]. My family enjoyed it and people said I was here for a jolly up but I worked really hard.

“And I went home and never stopped watching the A-League.

Interim coach Darren Davies will remain at the helm for Roar’s final match of the regular league season against Adelaide United on Anzac Day. 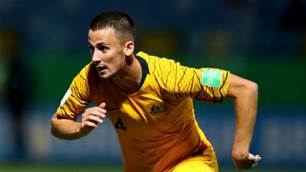