Brisbane Roar coach Robbie Fowler hopes Wednesday's home FFA Cup tie will be the "start of something special" for the club.

Roar will host Central Coast Mariners in the FFA Cup round of 16 in Fowler's first competitive home match since the former Liverpool great took the reins in April.

Brisbane defeated A-League champions Sydney FC in the round of 32 and are aiming to reach the competition's quarter-finals for the first time.

"I think we've said from day one the dream was to try and do as well as we can in the Cup," Fowler said today.

"We had a fantastic result beating the champions at their place, but we know that this next game will be even tougher because it's the next round, both teams will be giving everything to go through."

The Mariners defeated NPL outfit Maitland in the round of 32 and Fowler said he expected a tough challenge from Alen Stajcic's side.

"It'll be an unbelievably tough game," Fowler said. "We're the only all A-League tie if you like, so both teams will fancy their chances ... it's the makings of a great game, it really is.

"Obviously Staj at Central Coast will have them well-drilled, he'll believe they've got a real chance of progressing - as we do.

"It's a game that we're both trying to win and hopefully the fans come out and witness a great game of football and hopefully a Brisbane win." 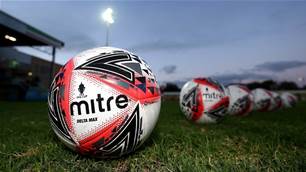 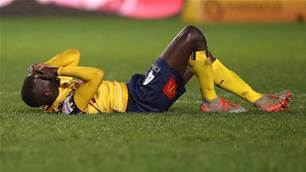