Speaking at protest in Sydney today former Socceroo Craig Foster joined ex-Olympians, Human Rights Organisations and Federal MPs in demanding Hakeem Al-Araibi be immediately released from prison, as the FFA this weekend joined the fight too.

Bahraini footballer Hakeem Al-Araibi who holds refugee status in Australia was on a honeymoon with his wife in Thailand when he was captured by Interpol and has been detained in Bangkok since November 27.

Al-Araibi is in danger of being extradited to Bahrain in the next eight days where he faces up to a decade in prison.

Former Socceroo Craig Foster said today’s protest was about showing how much Australia cares and the consequences faced by the two Asian countries involved if the Victorian NPL player is not released. 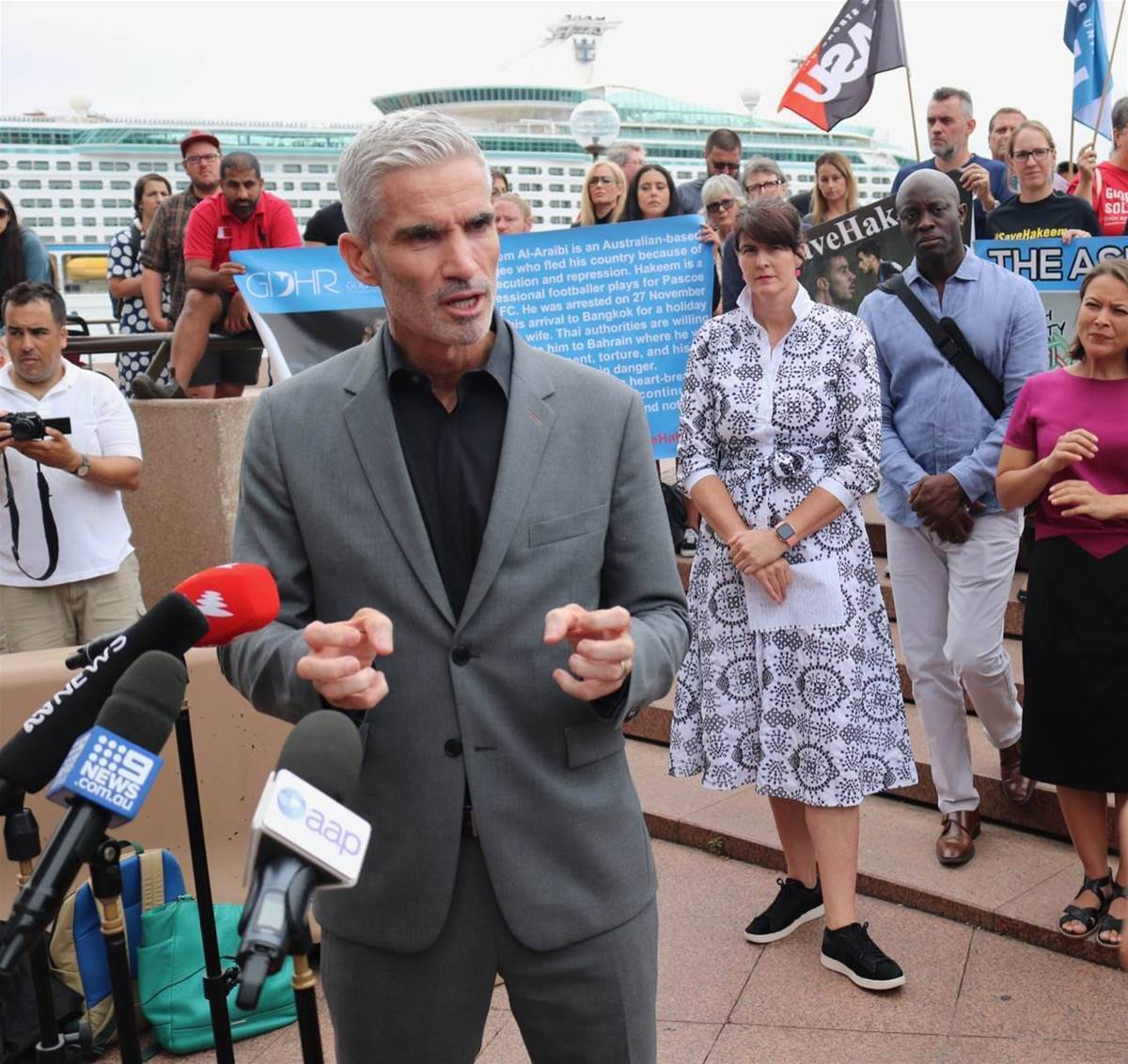 “Australia is already on board with what is a humanitarian disgrace and horrendous injustice  regrading one of our residents and one of our football community Hakeem Al-Araibi,” he said.

“This issue is escalating they need to withdraw their heinous extradition order, we would say their attempt to refoule a refugee is contrary to international human rights law.

“Thailand should know that there are repercussions taking any decision that is contrary to international law.

“The international community is looking for General Prayut (Thailand's Prime Minister) to let us know that he is releasing him immediately.

“Nothing else to the sporting or human rights diplomatic community is acceptable.”

Also at today’s protest was Peter Khalil, the federal member for Wills. 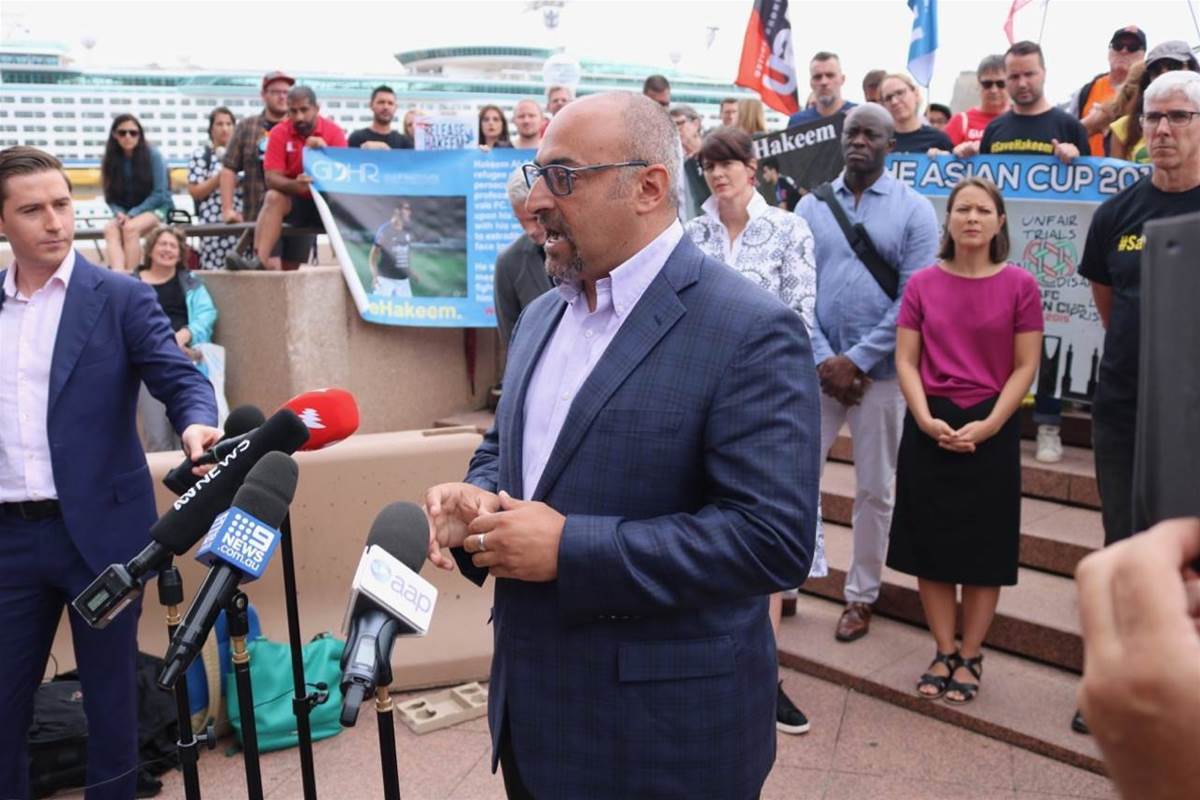 Khalil’s electorate incudes Hakeem’s Victorian NPL club Pascoe Vale and he revealed that his teammates have become very worried for his welfare.

“I was down there with the boys last week and of course they are concerned and deeply devasted with what has happened to their best mate.” he said.

“They had no idea that their teammate had actually stood up against a regime and talked on behalf of his people, the gulf and the region about human rights and paid a price for that human right and democracy.

“He was tortured and he didn’t mention that to any of his mates.

“Some of his teammates have visited Hakeem very recently and are very concerned about his wellbeing and his health and the time that he has spent there.”

Speaking on behalf of Amnesty international Dr Graham Thom revealed the devastating conditions that Al-Araibi has had to endure while being detained in prison for over 60 days.

“He has to roil over at night with everyone else just to be able to sleep.

“He is telling us that he is waking up at 2am every morning totally afraid that he will never see his wife again and what will happen to him if he is returned. 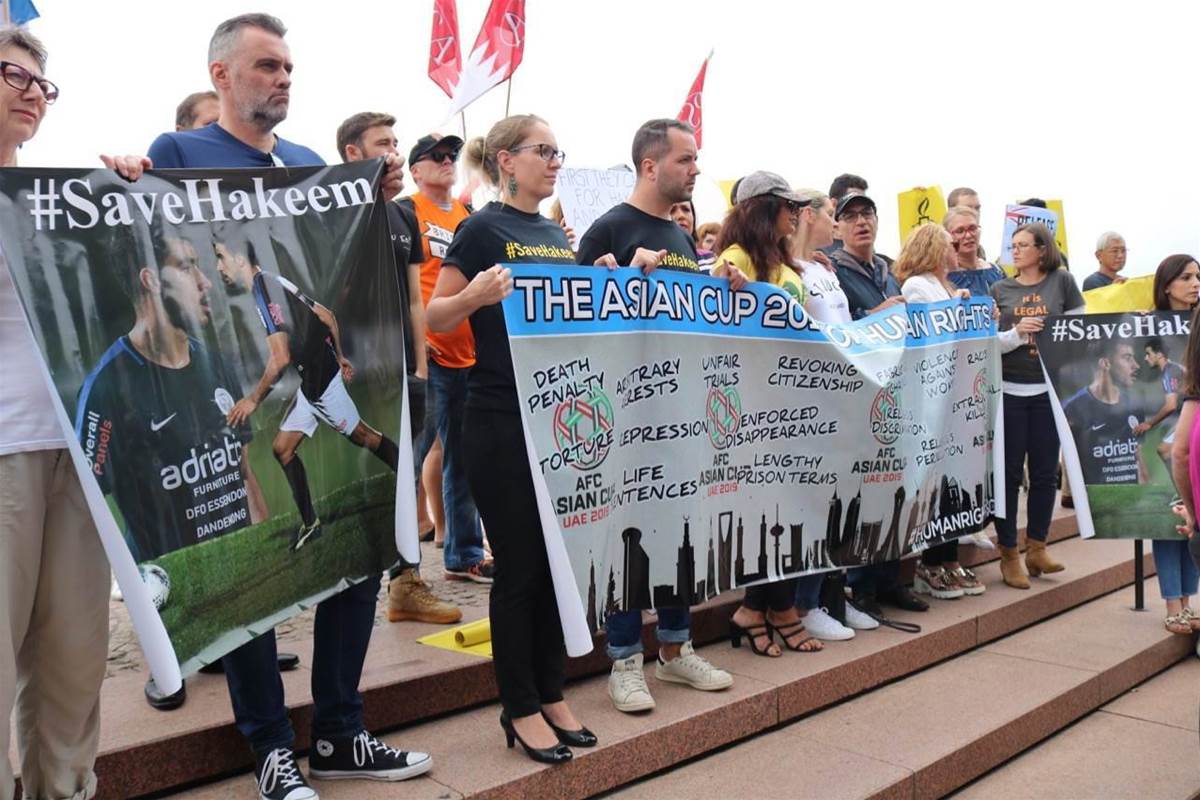 “It is crucial that Australia and the Australian public and also the Thai Public keep up the pressure on the Thai government.

“We know that the Thai Attorney general has until February 8 to reject the extradition request from Bahrain and he should be  doing that immediately.”

The FFA announced today that all teams in this weekend's W-league and A-League matches would join the #SaveHakeem campaign too with banners at every game.

“We have been in regular contact with the Australian Government, FIFA and AFC regarding Hakeem’s case since his detention and have also raised the matter with the Football Association of Thailand,” said  CEO David Gallop

“FFA, together with FIFA and AFC, are united in calling for Hakeem al-Araibi’s human rights to be respected and for him to be returned to Australia where he holds the status of Permanent Resident and has been assessed as a refugee”

“We also applaud the outstanding efforts of the football community in Australia who have expressed their support for Hakeem. We encourage all Australians to continue their efforts to have Mr al-Araibi return to his family and home safely,”