At just 11 years old, Louis Khoury looked like he had achieved every kid's dream when he signed for Manchester City. At 11. 11. But it wasn't to be.

A clearly prodigious talent, City won the young midfielder's signature after a tug of war with fellow Premier League side Everton.

But in those crucial years when Khoury needed game time to develop his game, he was forced to watch almost all his team’s matches from the sidelines.

“I had a lot of visa problems in regards to Europe and the FA for clearance and things like that," he says today. "I had to wait for a long time… I could only play in friendlies at the end of the day.”

He patiently waited for five years at Manchester, hoping that he would receive permission from the FA so that he could finally start doing what he loved. Eventually, City’s academy cut the tie after their patience finally ran our with Khoury’s complicated situation.

Although none were on the same level as the then Premier League champions, Khoury still had opportunities with many of England’s most reputable clubs who were willing to take a punt on an obviously special teenager.

After competing offers from Newcastle United, Wolverhampton Wanderers and Sheffield Wednesday, he decided to move to Blackburn Rovers, where he envisioned an easier route to the first team once he could finally start playing.

Unfortunately, he wasn’t going to be taking to the field on competitive games anytime soon there either.

At 16, Khoury was quickly contemplating whether to pack his bags and give up on his dreams.

“I was living away from home, on the other side of the world and not being able to do what you moved countries for is probably one of the hardest things to do as a footballer,” he admits.

“I’ve thought about giving up multiple times. More than 50 times in my career I’ve heavily weighed up my options, but something has kept me going.

"Something inside me has kept me going and it’s still keeping me going today.”

He cites Blackburn’s first team scout, Stuart Harvey, as one of his most stalwart supporters who helped him through those difficult moments while he was away from family and friends. Harvey advised Khoury to keep pushing by imagining the final goal – to be a successful footballer.

“The way I dealt with it was I just always had an end result in my head," says Khoury, now 19. "I’ve always believed in hard work, perseverance and determination.

"I stick by that until the end. I’ll always stick by that. I’ll never give up. That’s literally how I got by every day.”

Amid all the troubles, did Khoury ever wish that he rejected the move to Manchester and stayed in Australia to hone his skills instead? 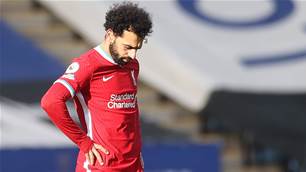