Just hours after he picked up the award for the safest pair of hands in the league as Goalkeeper of the Year at the Dolan Warren Awards last night, Kurto confirmed he's leaving.

But the final exit won't be until after the club's own awards night on May 22.

"Filip has had a fantastic season with us and we wish him all the best with his future endeavours,” said Phoenix Football Operations Manager, Shaun Gill.

“I want to thank the club and most importantly, the Wellington Phoenix fans," Kurto said.

"I will never forget my time here, it’s a great city and I’ve enjoyed every moment playing this season."

Kurto is expected to reunite with his former Phoenix coach Mark Rudan at Western United next season.

Kurto said while he enjoyed his time in Wellington, the new responsibility at WUFC was something he was most looking forward to.

“I am really excited to be joining Western United in their first ever team,” he said. “This is a very big honour for me after the great season I had in Wellington to move to Victoria. Thank you to the coaches for observing me and believing in me to take such a big responsibility with this new team.”

WUFC assistant coach John Anastasiadis said the entire coaching staff was looking forward to having such a power shot-stopper in the squad.

“Filip has been simply outstanding in his first ever A-League season,” he said. “We [John Hutchinson and John Anastasiadis] are very lucky he was only on a one-year deal with his former club because it can be very difficult to secure a goalkeeper of his quality.

“Filip, alongside our young star, James Delianov, will give us tremendous security in the goalkeeping department.”

“We also think our fans will like having Filip around. He’s become quite the A-League fan favourite with his quirky on-field actions.” 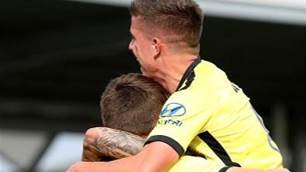 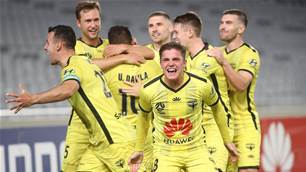