After eight years on Fulham’s books, Australian midfielder Tyrese Francois is hellbent on a Socceroos debut and turning the Londoners’ return to the Championship into a breakout season.

With three senior appearances already under new boss Marco Siva, the 21-year-old from Campbelltown in Sydney’s west has the bit between his teeth.
A telling contribution to Fulham’s push for a quick Premier League return would propel Francois into Socceroos calculations, and likely see him remain at Craven Cottage beyond this season.
Talks over a contract extension are already under way, with Francois intent on delivering on undoubted potential in the coming months.
Other than a solitary League Cup appearance a year ago, Francois has been playing a waiting game.
“I’m just trying to build on this (breakthrough) and get as many games as possible under my belt first, and see what the Socceroos have to say about it,” the uncapped midfielder told FTBL.
“I’ve been in the extended (Socceroos) squads for the past two camps now, so the more club games I get the better my chances will be.
“It’s a big year for me as I’m in the final year of my contract. I’m in talks right now - the club wants to extend but there’s no rush.
“Fulham are a great club - for me the main thing now is to be playing regular football and to really kick start my career.
“The club have been good to me and if it’s right then I’ll sign without a doubt.
“I’ve always been the young player coming through - now I’m at the age I really need to push on.”
Currently sidelined with a minor hip injury, Francois missed the cut for the Olympics - but used the omission to cement his spot in Silva’s plans.
“Not going to Tokyo (with the Olyroos) was frustrating, I won’t lie,” he said.
“But at the same time it gave me a huge opportunity at Fulham with the new manager. I don’t think he knew me, so it was more how I played in pre-season that he had to judge me on. For me, it’s been a blessing in disguise.
“In my case, even though I’m playing a bit deeper, coming up with a few assists would be something that would get me noticed.”
With Fulham sitting fifth 11 games into the season, Francois believes they are on course to boomerang straight back to the top flight.
“I think we have an excellent chance and have the quality to win most of our games in this division,” he added.
That said, the 4-1 loss to Coventry City at the weekend showed how treacherous the Championship can be. 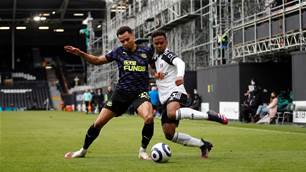 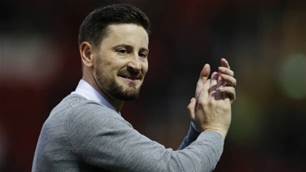