Perth Glory will have to play their remaining six regular-season fixtures on the road, but coach Tony Popovic won't use that as an excuse for poor performances.

Perth Glory coach Tony Popovic is adamant the team can still walk away with this season's A-League title despite being dealt a short straw on the fixture front.

Glory will be forced to play their remaining six regular-season fixtures in the eastern states due to WA's hard border shutdown.

The loss of their home ground is a huge blow for Glory, who were originally scheduled to play four of their last six games in Perth.

Popovic has faith that his team can buck the odds and win the A-League title.

"Can we still win it? Yeah, nothing will change from our perspective in terms of going there to win it," Popovic said.

"We've accepted it. We'll go there and view it in a positive manner and try to make it as comfortable and enjoyable for the players as possible.

"If they can go out on the field every day with a smile on their face - we have talented players and we want them to shine in this period." 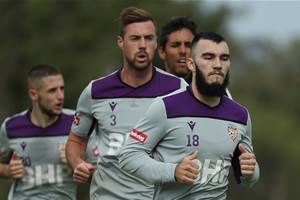 The remaining 27 matches of the home-and-away season will be packed into a 28-day period before launching into the finals series,

Glory will play an average of one game every four or five days.

Popovic says the loaded schedule is something the players crave.

"This is what they've always dreamed of," Popovic said.

"They'll experience that now in a short period."

Glory defender Gregory Wuthrich will miss the remainder of the season after returning home to Switzerland.

Goalkeeper Liam Reddy said the return from injury of Osama Malik would help offset that loss.

Glory's entire squad was placed on the Federal Government's JobKeeper scheme after being stood down by the club during the coronavirus shutdown.

Reddy said it was a difficult period for all the players.

"My wife went to work, so I was a stay-at-home dad for a couple of months," Reddy said.

"There was a lot of anxiety in the group, but we've all passed that now." 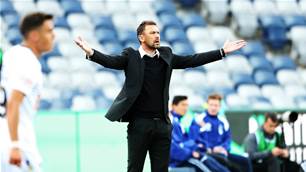 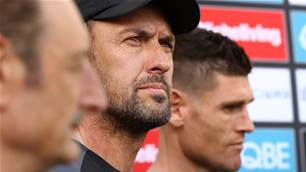 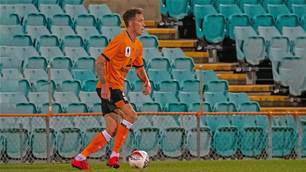 From cheers to jeers for Scott