The 32-year-old Englishman arrives having spent the past three years with Peterborough United, during which time he was named in the League One team of the season and captained the team as they won promotion to the Championship.

Prior to his stint with Peterborough, the former England Under-19 international played 140 times for Sheffield Wednesday and also notched more than 100 appearances for both Millwall and Bolton Wanderers.

The 193cm defender is excited to play club football overseas for the first time in his career.

"It's an idea I've been exploring for a while now," Beevers said.

"It's something that I really want to do and I'm really excited about it.

"It's a brand new challenge and completely different to what I've been used to over the last 15 years in the UK.

"It kind of all fell into place with Andy Keogh retiring and becoming head of recruitment at the club, so I had a direct point of contact with Andy.

"I've looked at some clips and I know a few people who are playing out there (in Australia) like Adam Le Fondre, Craig Noone, Jay O'Shea, David Ball and Zach Clough, and they're really enjoying it."

New Glory coach Ruben Zadkovich said Beevers would bring a wealth of experience and quality to the defensive unit.

"He has a very commanding presence, is a natural leader and is very tough in the contest," Zadkovich said.

"He has captained clubs at Championship level and played pivotal roles in successful teams."

The signing of Beevers comes less than two weeks after Glory lured fringe Socceroos midfielder Mustafa Amini to the club.

But captain Brandon O'Neill has left Glory due to family reasons, despite having another two years to run on his contract. 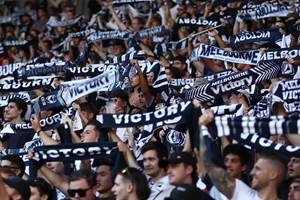 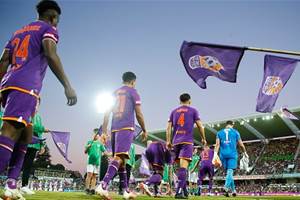