Perth Glory are set to find out later on Monday whether star midfielder Neil Kilkenny will be cleared to take on Adelaide United in Friday night's home A-League semi-final.

Kilkenny underwent scans on Saturday after copping a knock to his ankle at training earlier that day.

The club says the scans were only precautionary, and it's hopeful Kilkenny won't be ruled out of action.

Kilkenny has played a key role in Glory's success this season, scoring six goals in 26 appearances to help lead the club to the Premiers Plate.

The 33-year-old's partnership with Diego Castro in the midfield has given the team a ruthless attacking spark, with Glory finishing the regular season as the highest-scoring side.

Glory expect Juande will be fit to return from a leg injury in Friday's semi-final.

Adelaide United secured their spot in the semi-finals with a dramatic 1-0 extra-time victory over Melbourne City in Sunday's elimination final.

Ben Halloran struck the winner in the 119th minute to send the home fans into overdrive.

Glory will earn hosting rights for the grand final if they can beat Adelaide United.

If Adelaide win, they will play an away grand final against either Sydney FC or Melbourne Victory. 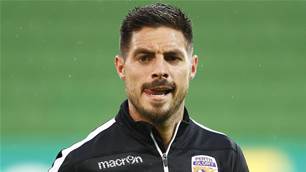 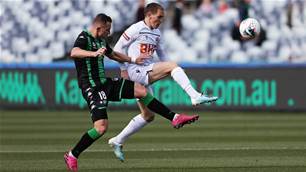