Perth Glory will move quickly to appoint a new coach but don’t have a deadline in place following the dismissal of Kenny Lowe.

Lowe was told 48 hours ago he was no longer required as head coach, shifted into a technical director role with Glory’s youth set-up. Perth announced the move on Friday morning WST.

The 56-year-old Englishman had coached Glory for four-and-half-years, leading them to two FFA Cup finals and two finals series, but missing this year’s top six.

Perth have joined all four clubs to miss the finals in changing coaches this off-season, along with premiers Sydney FC meaning there’s competition to secure the right person for the job.

Tony Popovic and Josep Gombau are both available, while Central Coast last week confirmed Mike Mulvey as their new coach.

Glory CEO Peter Filopoulos refused to be drawn on any coaching targets but promised the club would act quickly.

“We’re not going to talk about the coach moving forward,” Filopoulos said.

“That process is going to start today. This is about Kenny Lowe’s announcement.” 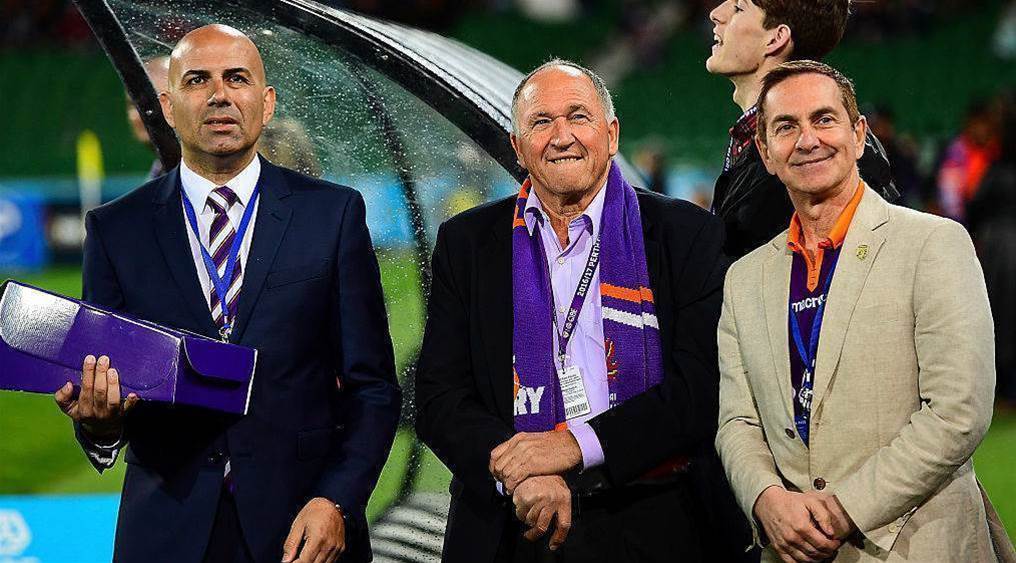 Filopoulos added: “We will move quickly because we’ve got a very busy off-season.

“We’ve got a game against Chelsea in July, we’ve got an FFA Cup that starts in July, we’re finalising our pre-season tour of Singapore and Malaysia.

“(Football operations manager) Jacob (Burns) has been well down the track in planning in terms of our off-season.”

Despite the apparent haste, the Glory CEO refused to put a specific timeframe on the appointment.

“We’re not going to put a time to it,” Filopoulos said. “We’ll take the necessary time to appoint the right coach for this football club.”

The outgoing Lowe wasn’t present at Friday’s press conference, sparking questions about his willingness to take up his new role along with his relationship with the club.

“You need to understand the emotions involved with a decision like this and I respect the decision of Kenny not to want to be here for this,” Filopoulos said.

“We all need to respect that as he processes this. It’s still very raw for him and his family.”

Lowe later took to social media to thank Perth Glory and his friends for the past four-and-a-half-years.

“I can honestly say its (sic) been a pleasure working with everyone in the office and everyone on the grass,” Lowe tweeted.

“There have been a few cup finals, a few finals, the odd journey to the cells, a few heartaches and some laughs along the way.”