Junior Negrao and Kim In-sung have again broken the hearts of Perth Glory, with the pair scoring in Ulsan's 2-0 win on Friday.

Perth Glory were handed another cruel dose of Asian Champions League heartbreak after suffering a 2-0 loss to Ulsan Hyundai in Qatar.

Just three days after conceding goals in the 89th and 93rd minutes to go down 2-1 to Ulsan, Glory were again made to pay dearly for some late lapses against the Korean side.

A turnover in the midfield from Nicholas Walsh allowed Ulsan to pounce in the 87th minute, with Junior Negrao setting up Kim In-sung for the opener.

And two minutes later, Negrao got on the scoresheet himself when he was given too much space in the box as Glory pushed for an equaliser.

In-sung and Negrao were the two scorers who sunk Glory on Tuesday, with Friday's result proving to be a case of deja vu.

The result left Glory bottom of Group F with no points to show from their four matches.

Perth have two more games to go before they return to Australia to prepare for the start of the A-League season.

Diego Castro and Bruno Fornaroli were two big omissions from Glory's starting line-up as coach Richard Garcia made eight changes to ensure his players wouldn't be burnt out.

Former FC Twente defender Darryl Lachman and Mason Tatafu were named in the starting line-up for their club debuts, while Carlo Armiento, Giordano Colli and Nicholas Walsh were handed their first starts.

Glory goalkeeper Tando Velaphi pulled off two sharp saves in the opening half to ensure the teams headed to the break goalless.

Velaphi dived quickly to his right to deny a Bjorn Maars Johnsen header in the 15th minute.

And Velaphi produced an even better save in the 28th minute, diving full length to his right to deny Park Jung-In's bullet strike.

Glory's best chance fell to Carlo Armiento, who unleashed a rocket from outside the box that would have crashed into the top corner if not for the outstretched hand of goalkeeper Jo So-Huk.

Velaphi produced another brilliant save in the 59th minute when he got a fingertip to a looping header from Johnsen, with the ball hitting the post and bouncing away.

But he was helpless to stop the final two goals as Glory's defence fell to bits.

Walsh's costly turnover left Velaphi exposed for In-sung's opener, and Glory's push for an equaliser left them even more vulnerable at the back, allowing for Negrao to score the second. 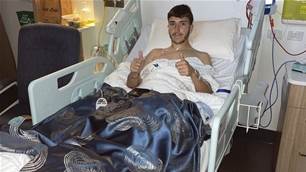 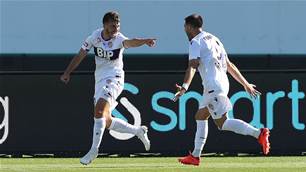