Josep Gombau is backing the Socceroos to get the job done against Honduras in Sydney on Wednesday and reach a fourth-consecutive World Cup.

Gombau coached his first game for Western Sydney Wanderers on Sunday night, coming away with a 1-1 draw against Melbourne City.

It was announced a fortnight ago that Gombau would be leaving the Olyroos and assistant coaching role with the Socceroos to join Wanderers.

The former Adelaide United boss said he will be in the stands at ANZ Stadium on Wednesday night as a fan and is confident the Socceroos will beat Honduras.

“I was working with them 10 days ago, what I know is going on is very good, I have a feeling we will win and will be in the World Cup,” Gombau said.

“It’s a big game because it’s a game that’s very important for Australian football. To go to the World Cup is something very big and I am so confident.

“The boys are working very well and the game (away) in Honduras was very good.”

Gombau said he was careful in making the decision, but felt the Western Sydney job was the right decision for his career.

“It wasn’t an easy decision because I was so happy there, also the World Cup Qualifiers was around the corner,” he said.

“My feeling was I needed to go to Wanderers, I want to coach day-by-day, I want to be back in the A-League. I think it’s a right club, in the right moment, in the same city I was living where I’m living.

“I want to say thanks to the federation for understanding and allowing me to make the decision and the trust people from Western Sydney Wanderers have to give me the job.”

Wanderers led City 1-0 through Jaushua Sotirio in the first-half, however it was cancelled out when the VAR awarded City a penalty shortly after the break, which was converted by Ross McCormack. 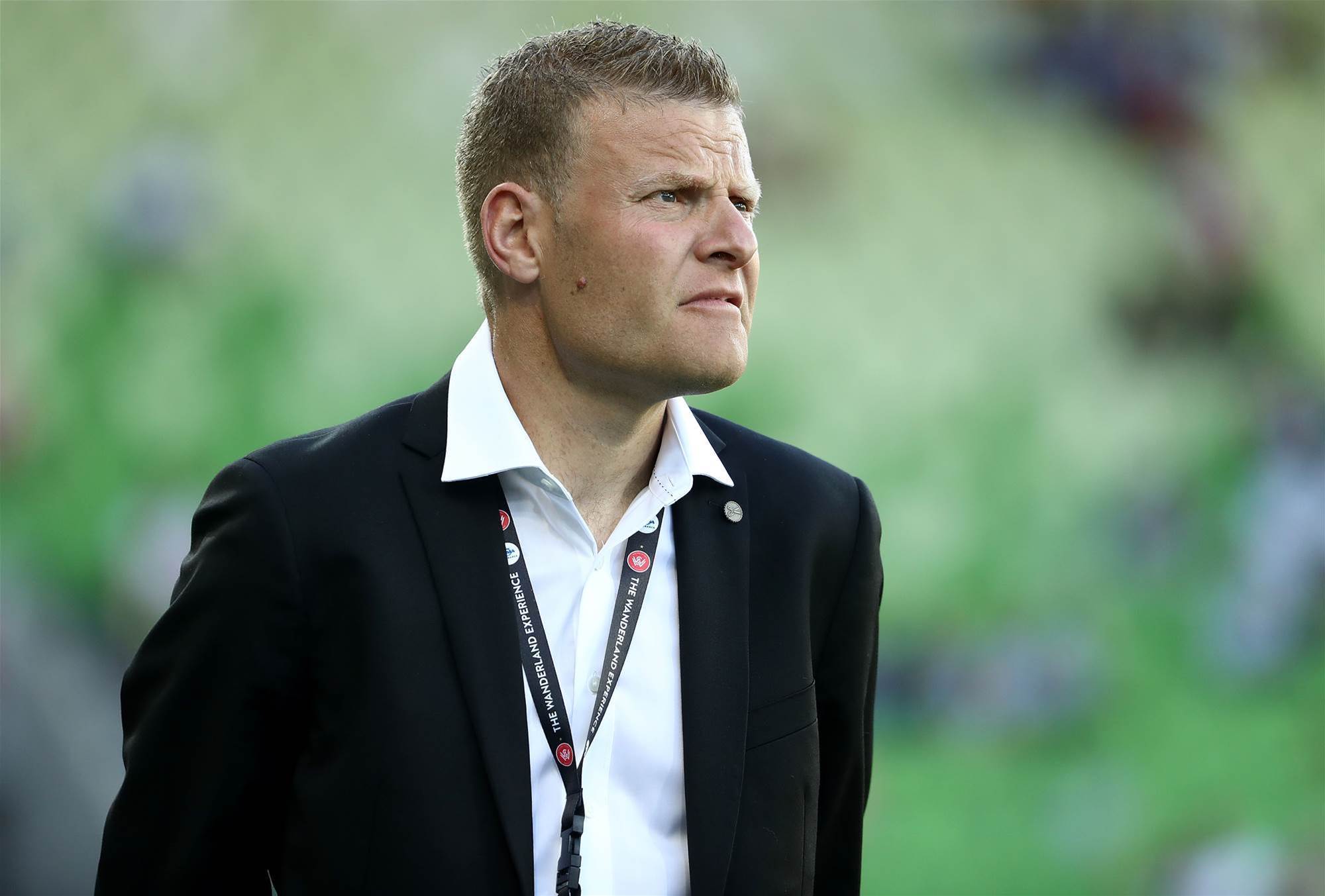 Gombau in his first game in charge of the Wanderers

The Wanderers boss would not be drawn into commenting about the VAR and felt the draw was a fair outcome.

He added: “I am happy with the performance we had against City, I’m proud of what the boys put on the park.

“I think with just three training sessions, we’re trying to play the way we want and for me that’s the most important thing.”