Goal hero Craig Goodwin is trying to shrug off the transfer buzz around his super season and keep his focus on Adelaide United's title tilt.

Goodwin netted his ninth goal this season as the Reds drew 1-1 with Melbourne City at AAMI Park on Saturday night.

The 27-year-old returned to his hometown club after struggling for playing time with Dutch Eredivisie side Sparta Rotterdam, who he joined after the Reds’ 2016 Championship triumph.

Goodwin notched up more than 40 games over two years in Holland and has been a standout during his second-stint with the Reds – but he insists he's not actively chasing another stint abroad.

“Obviously there’s interest and it depends on what comes up,” Goodwin told FTBL.

“After coming back from Europe within the last six months and what I did there, I wasn’t really enjoying my football.

"I’m now enjoying it, I’m happy at Adelaide, happy we’re doing well and we won the FFA Cup earlier in the season.

“We’re in a good position now to set us up to do well in the finals, so that’s all we have to look at and all I’m looking at.”

Goodwin missed out on Australia’s Asian Cup campaign and focused instead on staying a star for  for Adelaide to force himself back into Graham Arnold’s plans.

“All I can do his keep playing here and try to do my best and keeping up my form, so that’s all I’ll keep doing,” he said.

“There’s going to be more opportunities in the future and I just need to keep performing well, scoring goals and getting assists as it’s the most important thing for my position.” 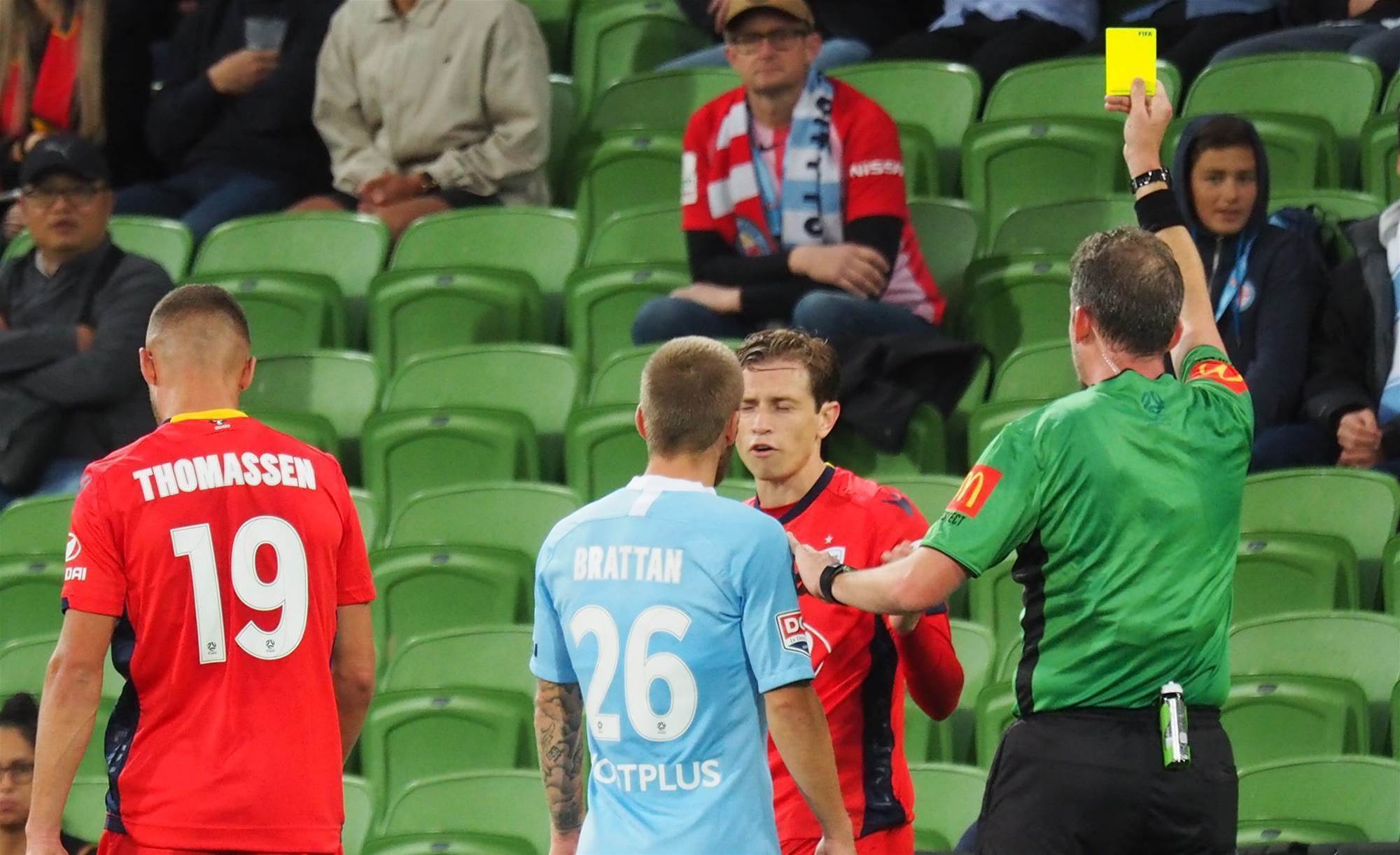 Goodwin is booked in their 1-1 draw to City. Supplied by Matt McIndoe

Goodwin admitted Adelaide were kicking themselves for not coming away with three points against Melbourne City last week..

“Having taken the lead and conceding a sloppy goal to let them back into it was a bit disappointing. In the second-half, they came out very offensively and when you do that, you leave yourself open a bit in the back.

“There were a couple of times where we could’ve capitalised, but it’s one we need to go back, look at and see where we can do better in terms of not dropping so deep and allowing the pressure onto us.

"[But] a draw to City isn’t a bad result away from home. We’ll probably be happy with the point.”