Socceroos defender Rhyan Grant is facing at least two months on the road after committing to play in Australia's upcoming World Cup qualifiers.

Socceroos coach Graham Arnold has praised Rhyan Grant and Sydney FC for allowing the defender to spend up to two months on the road with the national team.

Grant is the only A-League played selected in Arnold's 27-man squad for World Cup qualifiers against China and Vietnam.

Due to Australia's restrictions on overseas arrivals, Grant faces a mandatory 14-day hotel quarantine period when he returns.

Due to this Sydney FC and Grant have agreed to keep the 30-year-old based overseas after the matches so he can then play in the October window before returning home.

It's a similar scenario to that Arnold has put himself through having been away from home since June's qualifiers in Kuwait, returning to the Middle East to prepare for the China and Vietnam matches after coaching the Olyroos at the Olympic Games in Tokyo.

"The plan is for him to stay away after this window and be ready also for the October window," Arnold said.

"We're grateful for Rhyan enormously that he's committed to this because we're a little bit light in that position."

Arnold said he had another "seven or eight" players from Australia he could have picked for these matches but concerns over quarantine from players or clubs ruled them out.

Melbourne City's Mathew Leckie ruled himself out as he and his family try to settle following his return to Australia after a decade playing in Germany while AAP understands Chris Ikonomidis was prepared to follow a similar program to Grant but Melbourne Victory ruled out having the winger absent for so long.

Arnold said there would be no hard feelings as Football Australia continue to push for quarantine exemptions to allow matches to be played on home soil in October and November.

"A number of them have already done it twice in the last three months or six months and just on that the 14 day quarantine - the toll it takes on the body, the physical aspect of it, not only the mental aspect of it - the players felt that they couldn't do it again," Arnold said.

"My decision for me to stay away, I don't have young kids ... some players do and family is so important in life.

"We should all respect that.

"That decision from Lecks, I understand that. No grudges, he's a top guy, top player and he will be part of our campaign still." 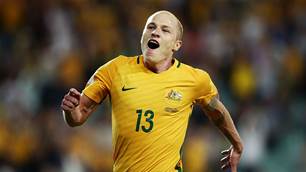 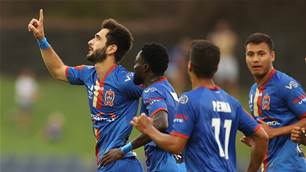