Minnows Guam and powerhouse China PR were due to meet in Thailand in March in a Group A preliminary round 2 Asian qualifier.

This match, like many, was canceled due to the coronavirus situation, however, the two nations met at a packed Guangzhou last October.

"We knew that the experience was going to be daunting for the majority of the squad who had never experienced an atmosphere or an opposition like this before,” Dodd told FTBL today.
"The nerves got the better of some players and the first 31 minutes was very costly, as we conceded five goals.
"Then we settled into the game and the second half was a lot better. It was the round where the top seeds played the bottom seeds and considering other scorelines that round, (Iran v Cambodia 14-0) we could be somewhat content considering last time the two teams met Guam lost 19-0."
China featured naturalised star striker Elkeson in their starting line up.
"We didn't sit back and we stuck to our principles of play and was an excellent test to see the difference between the two teams and use that as a lesson to understand what was required to match China.
"It was the David v Goliath battle and was a great learning experience for the group," he added of the 7-0 result. 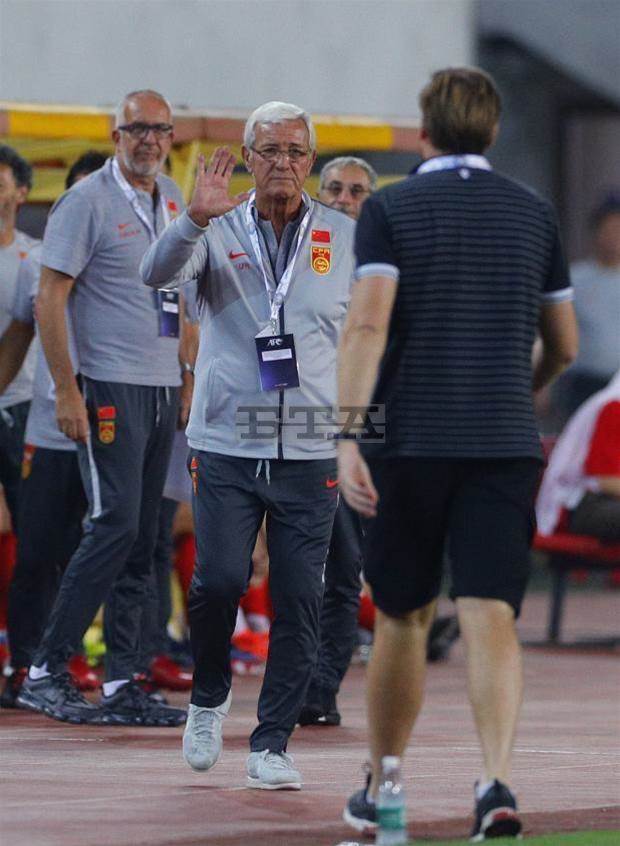 "It was also a great experience for myself as a coach to be against Marcelo Lippi (above) who was very complimentary in our approach to how we tried to play football.
"Rather than parking a bus and kicking it long, something that he was accustomed too when playing lower-ranked teams."
Lippi has since moved on with Li Tie the former Everton defender now in charge of China.

Dodd has been back in Queensland since mid-March, and just in time with some extortionate airline pricing kicked in (“$8000 for a one-way flight”) from Guam to Australia.

He added: “It’s a logistical nightmare with the airports and borders shutting."