The Olyroos have been dealt a blow on the road to the Tokyo 2020 Olympics with in-form Wolfsburg striker John Iredale sidelined indefinitely with an aggravated foot injury.

The 20-year old suffered a knock in early October but still travelled to Doha for an Olyroos training camp two days later.

An injury to the same foot, which he broke a bone in back in December last year has halted his progress with Wolfsburg U23 coach Rüdiger Ziehl confirming his injury was aggravated while on national team duty.

Ziehl told Sportbuzzer, "He got hit at Heide, then travelled to the national team and got kicked in the same spot."

It is now reported that Iredale will be sidelined indefinitely requiring an operation and is at risk of missing the AFC U-23 Championships in January, a tournament which doubles as qualification for the Tokyo 2020 Olympics.

Iredale moved to Wolfsburg this season and has been a surprise package scoring eight goals in 13 games for their U23's side.

Australia will face Iraq, Bahrain and Thailand in the group stage of the AFC U23 Championships in January.

The Olyroos must reach the final or win the third place match at the tournament to qualify for  Tokyo 2020 and make it to the Olympics for the first time since Beijing 2008. 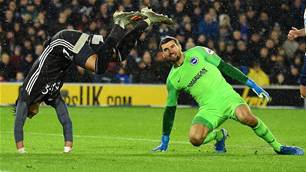