Adelaide's Tomi Juric made an impressive start to life back in the A-League and coach Carl Veart expects big things from the fringe Socceroo.

Adelaide United coach Carl Veart believes he's got the best No.9 in the country in Tomi Juric and expects the fringe Socceroo to only get better as he settles back into life in the A-League.

Juric, 29, signed for Adelaide in November after his time in Europe petered out in a stint in Bulgaria, and he started in their season opener against Western United on Monday.

The striker played 84 minutes and came dangerously close to scoring twice, with one effort cleared off the goal line.

He also set up Ben Halloran for another near-miss in an impressive return to the A-League at Geelong's GMHBA stadium.

"We just need to get used to the way he plays a little bit more and play with him a bit more because when he was involved, he was very dangerous - he created some really good opportunities for us as well," Veart said post-match.

"To get 75-80 minutes out of him, I'm very pleased with that, considering he's had three or four training sessions with the group.

"So there's very big upside with Tomi ... I think we've got the best number nine in the country."

In recent seasons the Reds have had quality out wide but have struggled to settle on a consistent target up top.

Veart was confident Juric was the man who could convert Adelaide's chances going forward.

"You saw some of his quality there tonight and he's only going to get better, the more games that he plays," he said.

"This week at training - I've never seen anyone that can finish the ball like he can."

Adelaide are lacking some creativity from midfield after James Troisi's departure for Western Sydney.

Veart praised captain Stefan Mauk's work in the No.10 role against Western United but was adamant the Reds were still in the hunt for a playmaker as the January transfer window approaches. 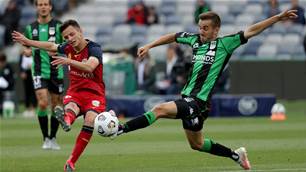 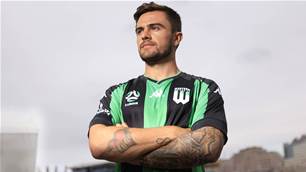