In a perverse way, the standoff between the A-League and its broadcast partner of 15 years may set the scene nicely for whoever does assume the mantle of broadcasting the competition.

In much the same way that Johnson had to do very little to immediately endear himself to Australian fans after replacing the widely unpopular David Gallop, the next broadcaster may find themselves bathing in a bit significant amount of goodwill simply by not being Fox Sports.

The truth, of course, is that the nuances of both circumstances are slightly more complicated.

Fox's 15-year tenure has been an absolute godsend for the game, bringing it a level of exposure, respect and professionalism previously undreamt of in the Australian media market.

Its rights payments enabled the sport to grow into one with a fully professional men's league and helped usher in a women's league while much of the world remained oblivious to the entertainment value and potential of women's sport.

Gallop's tenure - despite all its faults - also carried with it positives; ushering in the FFA Cup and securing that landmark $60m per annum broadcast deal which is now clearly much more in football's favour than Fox’s.

The sporting landscape is fickle and it's hard to see a circumstance that Fox, even if some sort of agreement to see out the season and final three years of the broadcast deal can be reached, will come to be seen favourably in the eyes of the famously cantankerous Australian footballing public in light of recent events.

With AFL, NRL, cricket and motorsport all bigger sports within their stable, Fox executives likely care little that they're not the most popular individuals with football fans and, especially if their exit is a fait accompli, the move to pressure them over the 2019/20 season and garner support at their expense is a relatively low-risk move for the FFA, PFA and APFCA.

But there are dangers of playing chicken with your broadcast partner of 15 years.

Despite seemingly every comment section and twitter reply on stories covering the A-League's broadcast being immediately beset by declarations that Optus Sport will be the game's saviour, the telco has given no indication that it is interested in adding the Australian top-flight to its stable of competitions.

Privately, sources at the telco suggest the A-League is not yet big enough to be on Optus - and say it needs exposure on prime time free to air to generate a bigger following for the benefit of the sport.

An exclusive broadcast deal on Optus could actually hurt the local sport by further marginalising it by restricting access, they suggest.

However SBS – long seen as football's spiritual home in Australia – is fighting continuously tightening budgets and unlikely to fund the game in a manner that would trump even Fox's slashed bid.

Talk of uniting football under one broadcasting tent Netflix-style encompassing all levels of the game is an idea has won backing and worth exploring – but Netflix itself took almost ten years before it first became profitable (albeit it launched in the era of VHS video recorders, years before DVDs and YouTube, never mind streaming...!)

Ultimately, however, those are questions for the future - to be dealt with after the problem of the 2019/20 season is solved.

How that all plays out remains to be seen, but unless Fox suddenly buckles, the roles of villains and heroes seems to be cast, the plot is unfolding – but the end is still a mystery. 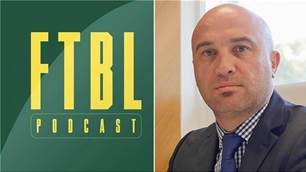