The prevailing wisdom, according to sources, is that FA board support for under-fire Arnold has cratered amidst the Socceroos’ ongoing World Cup tailspin.

ARNOLD ON THE BRINK

With the precarious play-off route now their only way to reach this year’s showpiece in Qatar, indications are Arnold is unlikely to survive far beyond Tuesday’s dead-rubber Group B qualifier against Saudi Arabia in Riyadh.

As the dust settled on the 2-0 loss to the Samurai Blue in Sydney, a source told FTBL: “The feeling is that Arnie has been given every opportunity by the governing body to get results in terms of budgets and the like.

"But the loss of momentum in recent qualifiers has left him in a very difficult position. This is a results driven business and clearly recent results haven’t been good enough.

“If you keep doing things the same way and expect things to change then you’re likely going to be disappointed.

“If Australia hadn’t dropped points at home against the Saudis, and against China and Oman in the Middle East, then the Japan game wouldn’t have been a do-or-die affair.

“This nation has grown used used to being at the World Cup, we’ve qualified for the last four, but from recent performances there isn’t much to suggest the team will qualify for a fifth.

“The question is: can Graham Arnold get any more out of this group of players - and if not then bringing in somebody else might provide a reset going into the play-offs.”

To qualify, Australia must beat Group A’s third best team in Qatar in June - likely the UAE - before another sudden-death duel, this time against the fifth-placed Latin nation, either Peru, Colombia or Chile.

On current form, and taking into account the thin depth Arnold has at his disposal, that looks a bridge too far, even for the eternal optimists among us.

Names such as Marcelo Bielsa, Tony Popovic, Marcelo Lippi, André Villas-Boa, and even a second coming for Bert van Marwijk, have been bandied about as potential saviours.

The rationale is simple: the chosen one comes in as a short-term trouble-shooter to steer the Socceroos into the playoffs, with the promise of a hefty bonus if successful in re-galvanising the team and securing an unlikely qualification.

The fates, on multiple fronts, haven’t smiled on Arnold. Brutal pandemic restrictions over the last two years forced a number of home qualifiers to be played in the Middle East, and an injury and Covid toll robbed him of frontline talent like Tom Rogic, Aaron Mooy, Harry Souttar, Adam Taggart and Jackson Irvine against Japan.

Arnold's four years at the helm have also coincided with Australia’s talent pool draining to a trickle, a consequence of 15 years of neglect at myriad levels across the game.

But mitigating factors are rarely taken into account in international football and Arnold’s survival is far from guaranteed, even if he can mastermind a win in Riyadh.

Another source said: “The writing has been on the wall for a while and there is clearly a belief that a reboot is probably the most realistic way to give the team a fresh outlook and approach.

"And, by the same token, the best chance of qualifying." 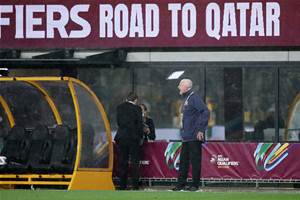 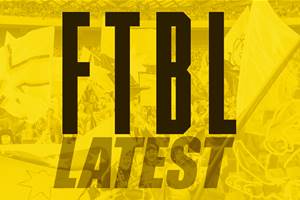 The Socceroos' bid for automatic qualification for the Qatar World Cup is over after they suffered a 2-0 defeat to Japan.