Madrid had lost four of their previous five league matches and slumped 12 points adrift of leaders Barcelona in the process, but Higuain's fine left-footed strike brought some early Christmas cheer to the Bernabeu.

Juande Ramos' side also hit the woodwork twice but second-placed Valencia can consider themselves unfortunate not to have earned a draw after more than matching Madrid up until the point Carlos Marchena was sent off midway through the second half.

In tonight's other game, Maxi Rodriguez stuck two goals against his old club Espanyol as Atletico Madrid sealed an important 3-2 win and moved provisionally up to second place in the table.

Maxi gave the visitors the lead after just seven minutes and added the crucial third goal late on after Sergio Sanchez had equalised for Espanyol and Aguero later restored the visitor's lead.

Valdo also grabbed a consolation for the home side in added time. 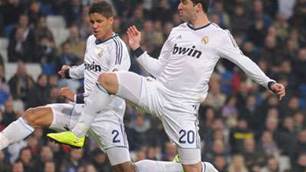 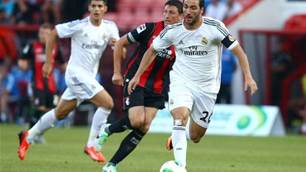 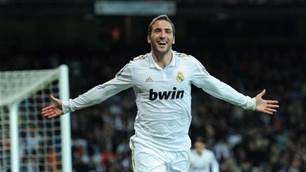