Round Seven of A-League season 2016/17 saw every match beset with refereering controversies. But two potential game-changers stood out.

First, Kerem Bulut’s goal for the Western Sydney Wanderers in their 1-1 draw against Melbourne City appeared to be incorrectly ruled offside. Next, in Adelaide United’s 3-1 loss to Perth Glory, Eugene Galekovic’s clash with Rostyn Griffith in the box resulted in a goal for Andy Keogh.

The Reds Felt the keeper was fouled and when Guillermo Amor touched the fourth official to get his attention he was sent to the stands.

The mild-mannered Barcelona legend said the misunderstanding arose over the language barrier. The decisions follow a string of controversial calls that have plagued season 2016/17 of the A-League and the FFA Cup.

Holland, who has UEFA Champions League experience with Austria Wien believes video referring should be implemented earlier than the finals in order to avoid embarrassing errors.

“Match officials are going to make mistakes like footballers, whether they’re held accountable or not, that’s up to the referees association,” Holland said.

“(But) it’s disappointing when those mistakes affect the outcome of the game.

"I was talking to one of the Fox (Fox Sports) boys on the weekend (and) I suggested we should potentially (include video refs).

"For us we’ve had a few situations this season that have affected the outcome for the game. Maybe it’s time for a video referee for the big decisions, maybe that could be a possible solution to also help the referees and help us.”

While video refereeing will be brought in just before the A-League finals, Holland also believed having a fifth official would be beneficial. 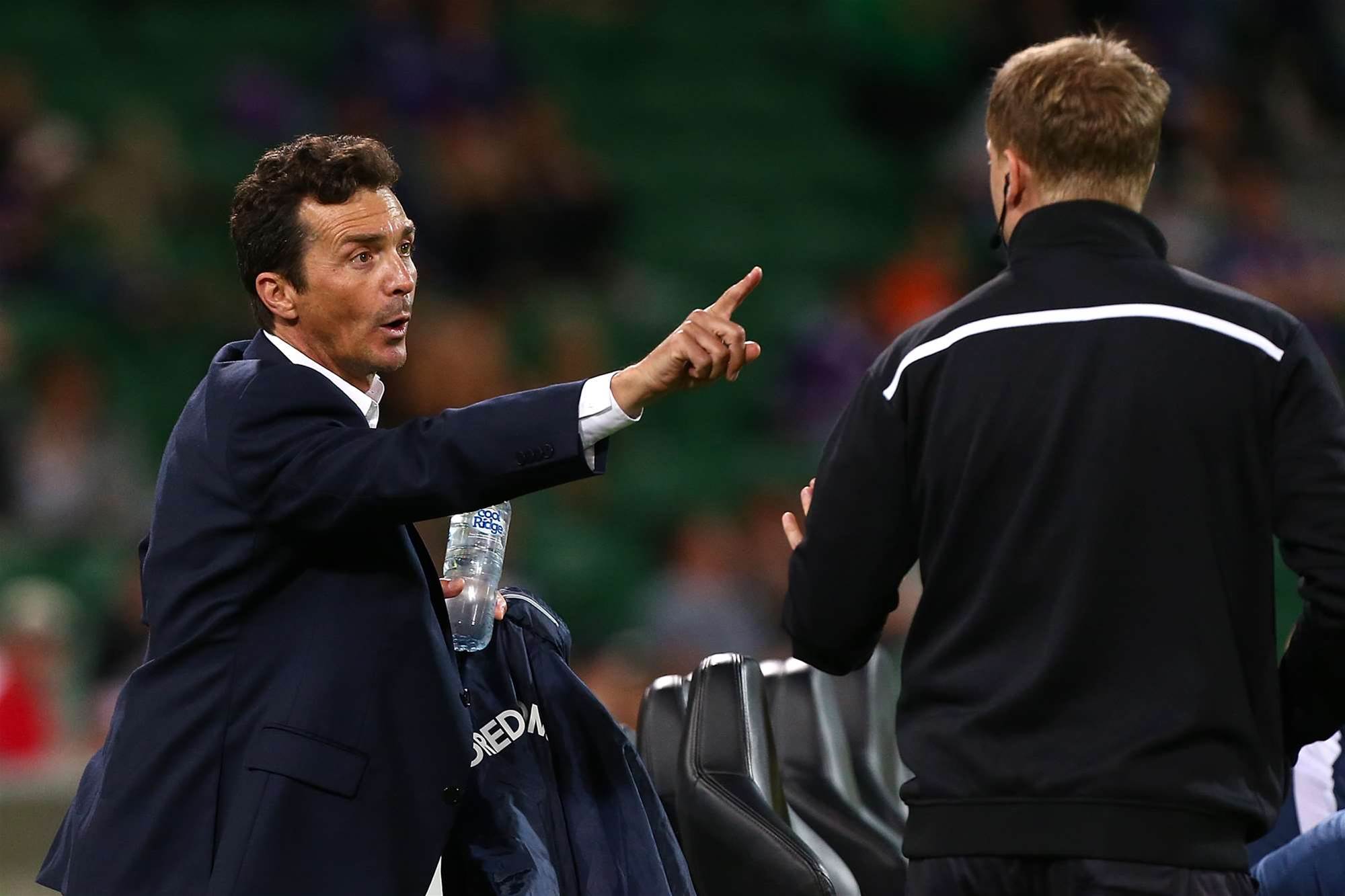 In addition, a number of "soft" free kicks given by Jarred Gillett in the game against Perth saw a total of seven yellow cards dished out to the Reds including Jordan O’Doherty’s send off.

“Whatever’s going to help with the referees to officiate the game (fifth officials)... when decisions affect the outcome of the game then it’s very disappointing for us.

“I felt like the referee was blowing for a lot of soft fouls on the weekend which is how he decided to referee the game which is OK.

“That potentially helped build up a lot of frustration within the team and some big decisions didn’t go our way which also I think affected us as well.”

After losing 3-1 to the Glory, the Reds now turn their attention to the undefeated Sydney FC next week away.

“They’re (Sydney) riding a bit of a wave of success at the moment, they’re a hard team to break down, very organised, defensively really strong and got a few good boys up front,” Holland said.

“We just have to play our game and I think if you look at all our games, the majority of our games we haven’t been played off the park.

"We have more than enough quality, it’s just about things falling our way and that final pass, that finish and taking those chances.”