Exiting Melbourne Victory star Keisuke Honda says the A-League was "not so easy" as rival clubs put the clamps on him this season.

Keisuke Honda is hunting his next "great opportunity" as he seeks to keep his football career alive to the Tokyo Olympics next year.

The 32-year-old has one match remaining for Victory; a dead rubber Asian Champions League tie against Sanfrecce Hiroshima on Wednesday night.

The match will conjure sad pictures of what might have been this season for both Victory and Honda.

Or perhaps, if Victory's Asian Champions League campaign was still live, the chance for Honda to send Victory deeper into the tournament against a club from his homeland.

Neither will eventuate after a season of unrealised potential from both player and club.

Honda suffered a severe hamstring injury prior to Christmas when Victory was on a six-game winning streak.

While the Japanese international recovered his form and finished a creditable fourth in the Johnny Warren Medal count, Victory would never carry the same momentum.

"We are disappointed about the results. And we are hurting, but that's the reality we need to accept," Honda said after their 6-1 loss to Sydney FC.

"Sydney FC deserved to go to the grand final so I want to congratulate Sydney FC."

The thoughtful midfielder said he had no issues with how he was utilised by coach Kevin Muscat through the season, largely deployed one on side of a midfield diamond.

"Football is like this. All teams and players were getting an understanding about me, little by little," he said.

"And the managers as well. So they have learned how to stop me. I haven't had space and time every game. I felt the A-League is not so easy.

"I want to see (Muscat) in a positive way. He did a great job as well. If we (want to) say negative things, we can find anything, right?

"I played some great games and I played some bad games. Both are a really great experience for me. And I will change from next season as well again, for Olympics 2020."

Honda had previously given his intention to leave Victory after one season in a deal made possible by FFA investment from the marquee fund.

He doesn't know where he will land next.

"I've been thinking. I'm looking for a great opportunity to play for next season. But so far, I don't have any options. So we will see." 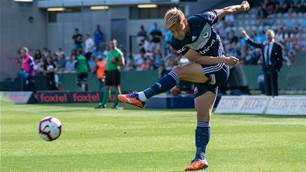 Honda's parting shot: Get out your comfort zone! 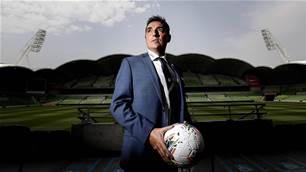 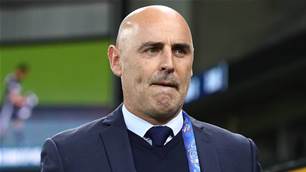