New Melbourne Victory marquee signing Keisuke Honda admits he was contemplating quitting football after the World Cup until a meeting with his new coach Kevin Muscat.

Honda arrived at Victory headquarters for his first shift and declared he was in town to win a trophy as Victory chairman Anthony Di Pietro hailed the signingas the biggest in the club’s history.

Japan legend Honda has played and scored in three World Cups...but was ready to hang up his boots after Russia 2018.

“I’m 32-years-old, I was thinking of quitting my career after the World Cup,” Honda said on Wednesday.

“Luckily this club made me a great offer that’s changed my mind and my career, so I appreciate it.

“I changed my mind after I spoke to Kevin directly. I got how he told me personally, he said to me he really wants to succeed as a club for not only the fans, for the A-League.

“He’s an ambitious person and so am I. That’s a big thing for me.”

Muscat is used to just a few reporters attending his media conferences and was excited for what he was building.

The Big V play Bentleigh Greens in a friendly tonight, but Muscat ruled Honda out of making an cameo playing appearance. 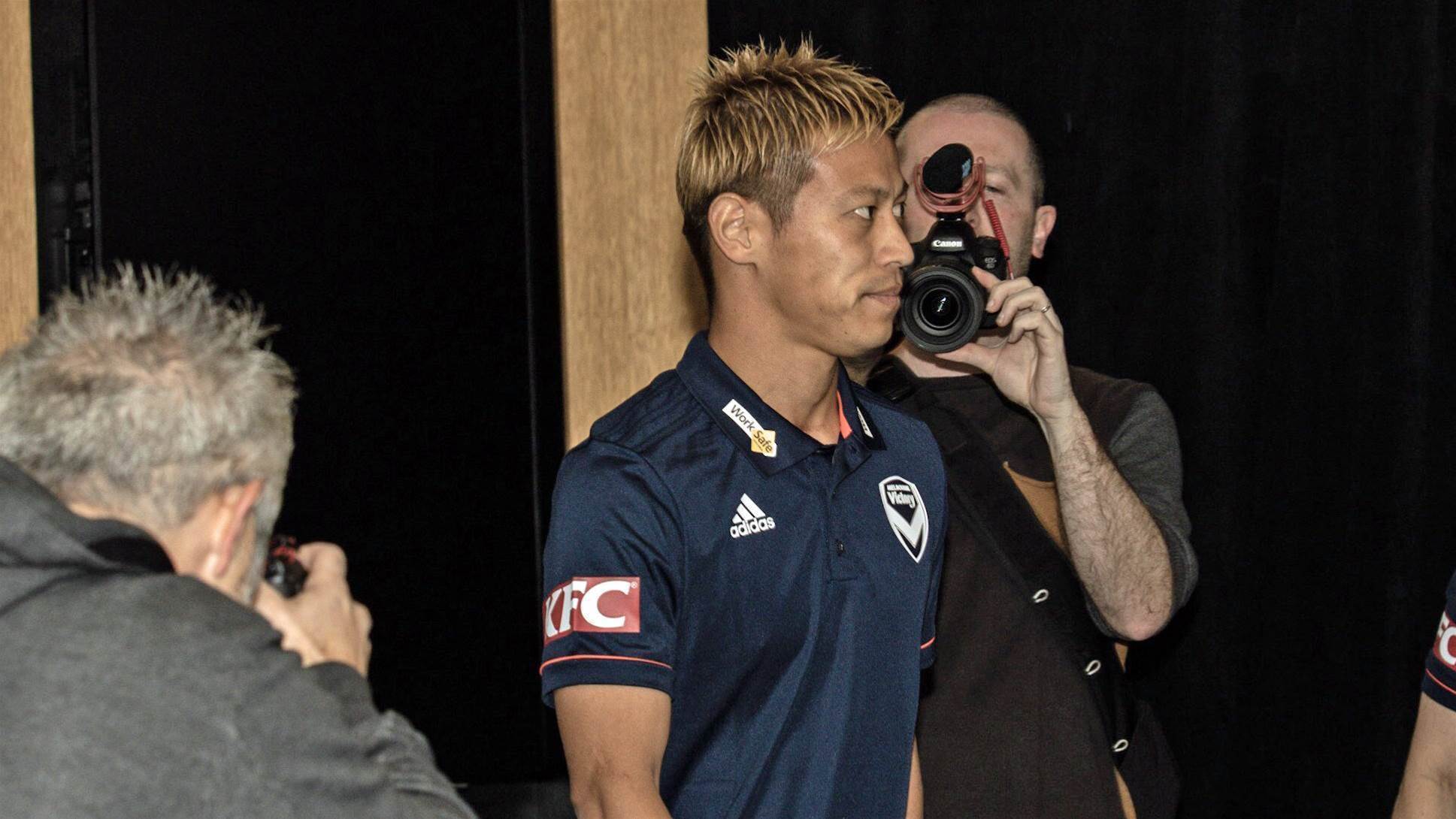 Honda in the Hyundai A-League... By Ashley Perez Photography

But he was giving nothing away about whether Honda could play in next week’s FFA Cup Round of 16 away game against APIA Leichhardt.

Over the weekend it was announced Honda would be the general manager of the Cambodian national team.

Victory insisted they were aware of the deal before Honda signed and both Di Pietro and Muscat said it would not interfere with Honda’s club commitments.

Muscat added: “First and foremost Keisuke’s priority is here at Melbourne Victory. It will no way compromise any of our games. We will be working together.”