In what has been a hectic few months for news for the A-Leagues, the Daniel Sturridge signing has arguably made the biggest splash - and definitely the news that made the most international headlines.

And for good reason too, Sturridge is clearly a quality player, and seeing he just turned last month 32, he comes at a decent age. Granted, I’m sure I’m partially saying that because I’m about to turn 32 and clinging on to my last few years of Sunday league football with both hands.

Now, the obvious rebuttal to the importance of having Daniel Sturridge in the A-League is the injury history - and it’s hard to disagree with that. Sturridge hasn’t played over 1000 league minutes in a season since the 2013-14 season when he played alongside Luis Suarez and had Brendan Rodgers as a manager. On top of that, he also hasn’t played over 600 league minutes since the 2016-17 season. Of course, that ups a little when you include domestic cups, but in Australia, he will be expected to play weekly.

In this article though, we’re going to look past the injury history as much as we can, and give a rundown of what we might expect from Sturridge in the A-League Men next year.

Before We Start: A Bit of Background Information on Sturridge

To help find what Daniel Sturridge’s impact might be on the A-Leagues, we can use a tool called SmarterScout. Basically, SmarterScout allows you to set a league as a ‘benchmark’ and see how a player’s numbers might look in another league.

So, I took Daniel Sturridge’s last season in Turkey and translated that to the A-Leagues as a benchmark.

Now, I’ve used Sturridge’s impact playing off the right - which is where he played most of his soccer in Turkey (although it was close minutes-wise between either playing as a central striker or off the right). This makes sense, being a natural left-footer, coming in off the right would still allow him to get into scoring positions.

I wouldn’t be shocked if this is how he’s used for Perth either - there’s a lot of attacking talent out there and being able to play Sturridge off the right might make it easier to fit others in. Although, it’s far too early to call that either way.

One cool part about SmarterScout is that you can check out a player’s “style” according to their statistics.

Basically, the tool takes every action a player does on the field and puts it into one of eight groups like “passing towards goal” and “disrupting opposition moves”. Then, it compares how frequently a player does these actions compared to other players in that position.

Using Sturridge playing off the right, we get this result - with the higher the number, the more frequently a player does a particular action. 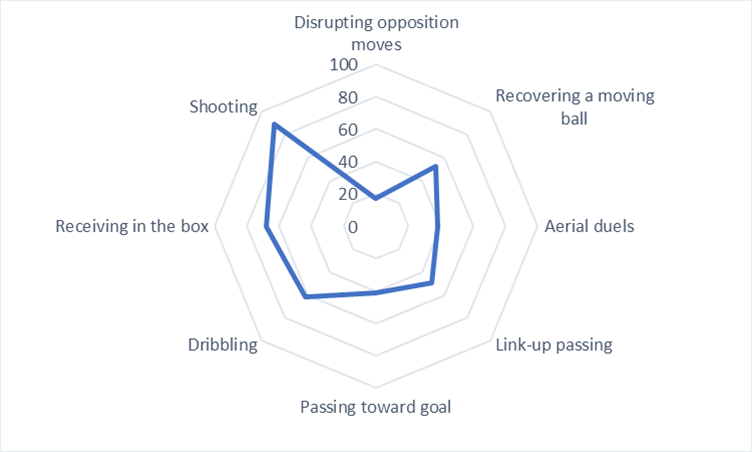 As you can see, compared to other players who play off the right, Sturridge gets the ball in the box and dribbles more than most of his peers, and as far as getting shots, his shooting rate when on the park is still very strong.

Which makes sense with being a leftie striker that’s playing out wide - you’d expect him to still do most of his damage through the middle, and into the opposition penalty box.

For this, the tool uses its data systems to give players a FIFA-style rating out of 99 in four different aspects of the game: ball retention, defending quality, defending quantity, and attacking output.

With that, we can see the following: 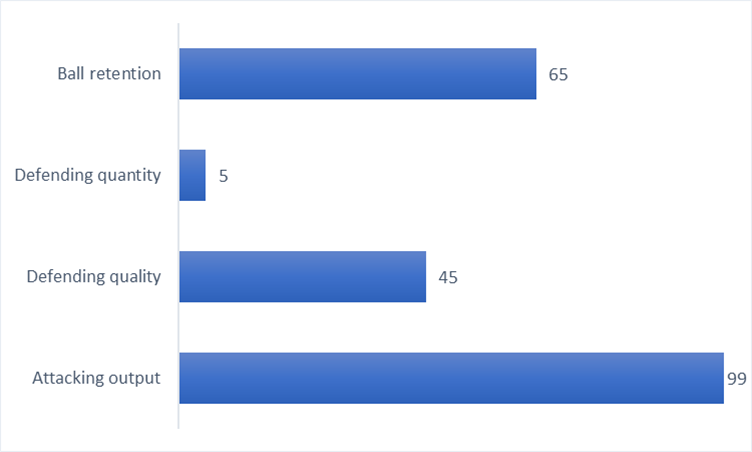 The first thing that jumps out here is the 99 rating for attacking output.

Personally, I don’t think it’s a shock to say that Daniel Sturridge’s output in his last season would translate to being an elite attacking option on the right-hand side. While tools like this aren’t the be-all and end-all, it’s still a very good sign to have someone with such a high attacking rating.

Alongside that, he is around average when it comes to defending quality despite having an incredibly low rating for defending quantity. This could be due to a few reasons - most likely either some smart defensive positioning meaning he doesn’t have to jump in and attempt many tackles, or simply being a bit selective in his defensive actions.

Daniel Sturridge’s ball retention rating was also high - mostly due to his strong dribbling ability. However, his low ‘style’ rating of passing towards goal in the first graph suggests he was also pretty conservative with his passing, making it easier to retain the ball.

What Does it All Mean?

Like I mentioned above, looking at tools like SmarterScout aren’t the be-all and end-all when trying to see how a player might cope in another league, but it’s a good way to get the conversation started.

It’s also important to note though, Daniel Sturridge’s availability has been the biggest issue for most of his career - the fact he only played around 500 total league minutes, and a touch over 200 on the right side makes tasks like this a little more difficult because you’re working with small sample sizes of data.

Even then, his last season was 2019-20 and he hasn’t been at a club in over a year. However, you can only work with what you’ve got in front of you.

All in all, if Sturridge can remain fit, he should be an incredibly effective attacking force in the A-League Mens this season, and his work off the right in Turkey means that Perth will have an extra look if they choose to go down that path. 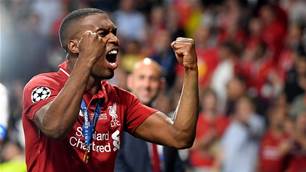