Before Kane became an England captain and a Premier League great with Spurs, the then-18-year-old went out on loan.

In East London, Kane played regular senior football in League One as he fine-tuned his undoubted potential. 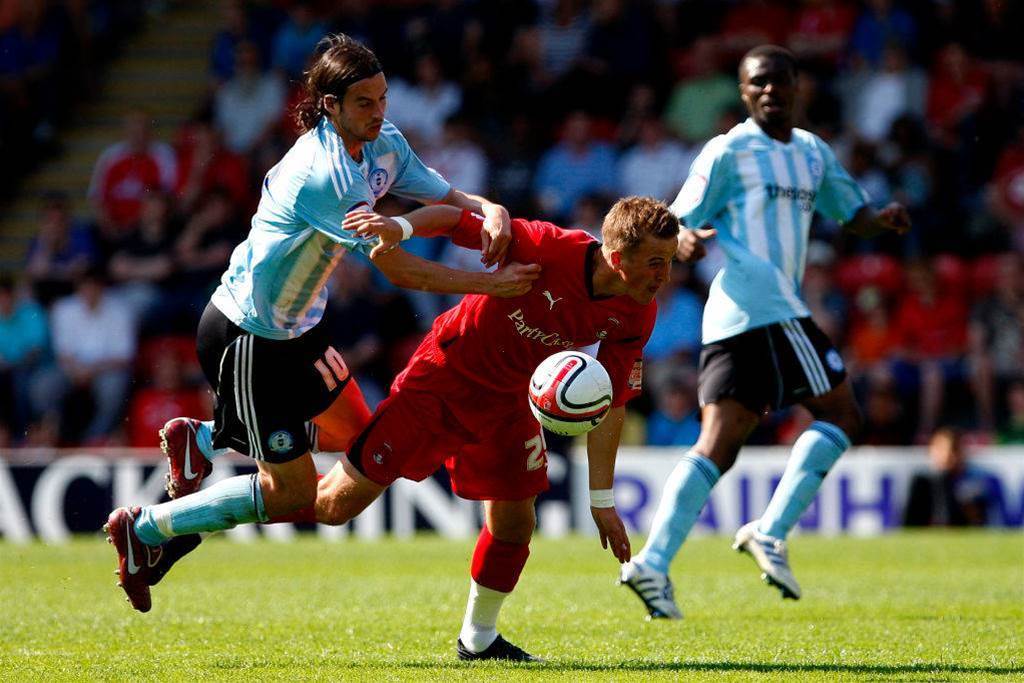 And it was Kane's professionalism and sheer belief that he could one day make it that stood out to a future A-League striker also in the red of Orient.

“Every day he was doing extras after training, shooting the balls and working hard. I’d see him every day after training,” Kaine Sheppard told FTBL.
“He [Kane] always said he wanted to put in the extra work. His mindset was strong. He [Kane] knew what he wanted.
“I trained with him and did some extra shooting practice with him.
“It was amazing because there were some people saying, ‘We don’t know if Harry Kane will be a professional footballer’.”
Kane, of course, did become a pro.
He scored his first senior career goal a couple of weeks after signing the loan deal with Orient.
Once Kane returned to White Hart Lane, his career continued on its inevitable track at EPL and England national team level.

Also at that time in Orient’s set up was a teenager and future A-League striker, Kaine Sheppard.

From a small village near Northampton in England, but with a mum from Western Australia, Sheppard, a year younger than Kane, was on a two-year scholarship at Orient. 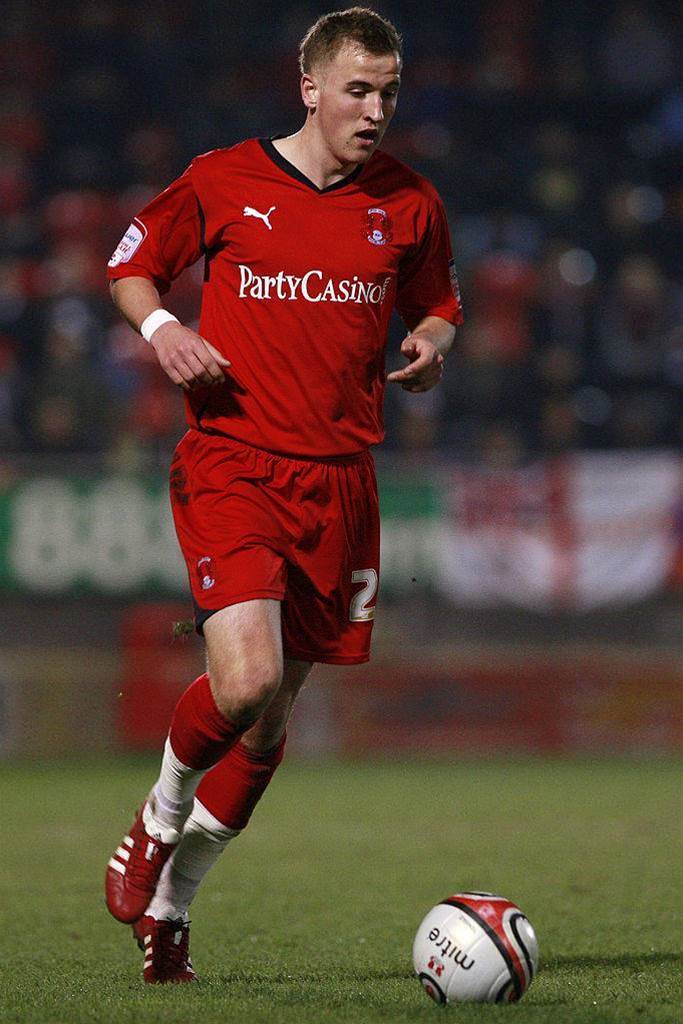 Harry Kane, seen here during his loan spell in 2011, remains a big fan of Orient

The Aussie with English blood was delighted when he heard Kane was joining the Os.

“I’d played against Harry Kane for Orient reserves when he was with Spurs reserves, then he [Kane] came across to Orient,” Sheppard said.

“He [Kane]was just confident in himself. Even in training, he was a top finisher, he was strong and always out there after training at Orient working hard.

“I always remember one of our youth team coaches watched him play a game and said, “this guy Harry Kane, he'll play in the Premier League one day and score goals’."
Kane is now on track to be one of the great modern-day English strikers.

And Kane has used his platform as a highly paid professional footballer to help others. 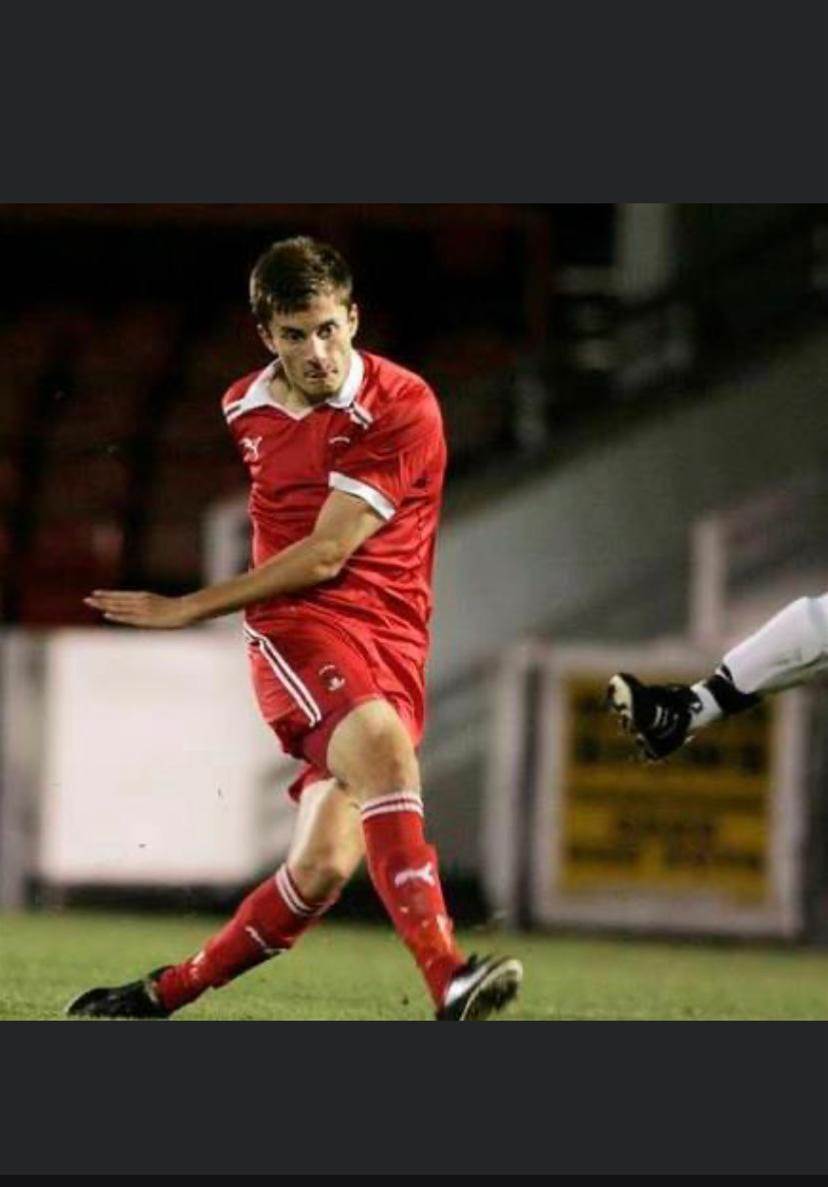 Sheppard has also been inspired to do good in society.

His older brother Jake back in England has autism, and with this in mind, Kaine set up a charity called the KS Foundation.

As part of his charity's work, Sheppard has helped children with autism be able to watch live football with their families.

At his most recent A-League club Newcastle Jets, Sheppard set up a sensory room at the club’s home stadium McDonald Jones.

It enables parents of children with autism and special needs to watch games together in a quieter setting, away from the noise of the crowd and lights of live football.

“Newcastle were really good about it. Hopefully, when they allow fans back into the A-League, we can have multiple sensory rooms in stadia across the A-League.

“I’ve had parents and mums crying telling me they are so happy.

"For some families, it was the first game they’ve been able to take their children to as a family.

“Everyone across the A-League, fans, administrators, have been awesome about it.” 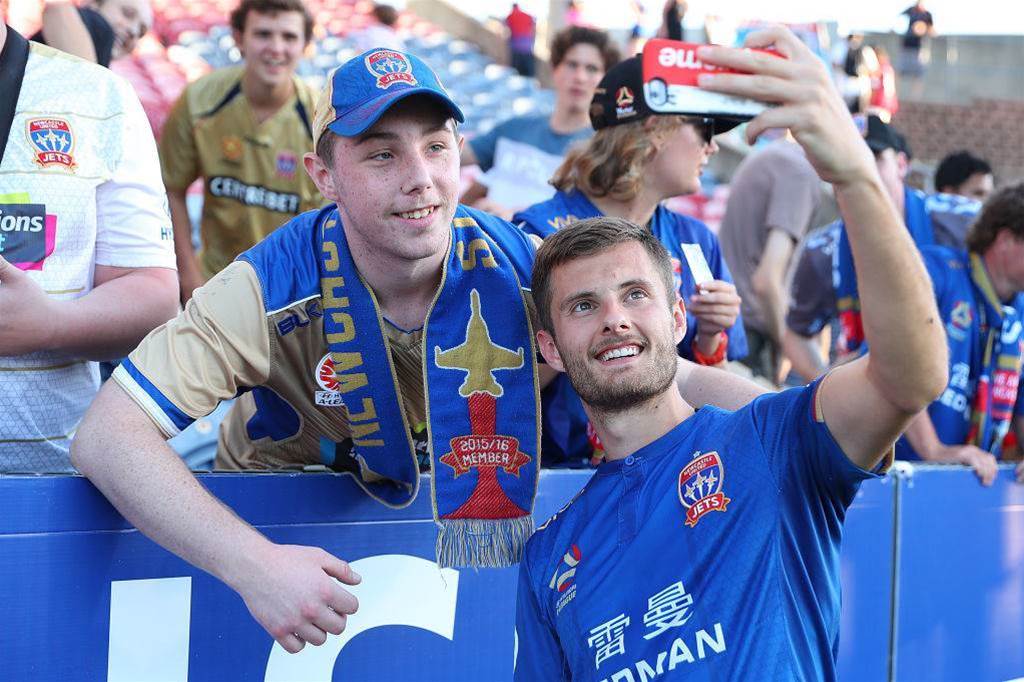 Kaine Sheppard during his spell with A-League club Newcastle Jets

The Melbourne-based striker remained in England after he was released from Orient.

He had spells in the Conference at clubs such as Braintree Town.

“You were playing against men, they’d kick you, throw you around and it was ruthless. It helped me grow up as an 18-year-old footballer.”

His next club Histon went broke which left the young Sheppard pondering his football career as a 20-year-old.

“I had an Australian passport, I watched the A-League. So I told my parents I’m going to Australia.

"They thought I’d be there for a few months. I wanted to have an adventure and see what happens.”

That was six years ago.

He made a name in the NPL with Melbourne club Heidelberg and at Avondale, forming a lethal front two with big striker Liam Boland.

The goal-scoring duo was unstoppable with 40 goals between them in just one season.

Shepherd got on the radar after he scored for Avondale in the FFA Cup. But the goal was always the A-League.

Sheppard, now 26, did realise his A-League dream after showing enough at NPL level (Australia’s state-based second-tier of semi-pro football) and during a brief spell in Finnish football at SJK.

He trialed with the Jets (“I messaged Lawrie the CEO on Facebook after scoring in the FFA Cup”) and he got signed from that on a two-year deal.

Sheppard was soon debuting and scoring in the A-League and tasting what it’s like to play Asian opposition in Asian Champions League qualifiers.

“Kaine is a natural goal-scorer, he’s really impressed me since he’s arrived and this new contract will give him the confidence to continue improving and developing as an A-League player,” then Jets coach Ernie Merrick said. 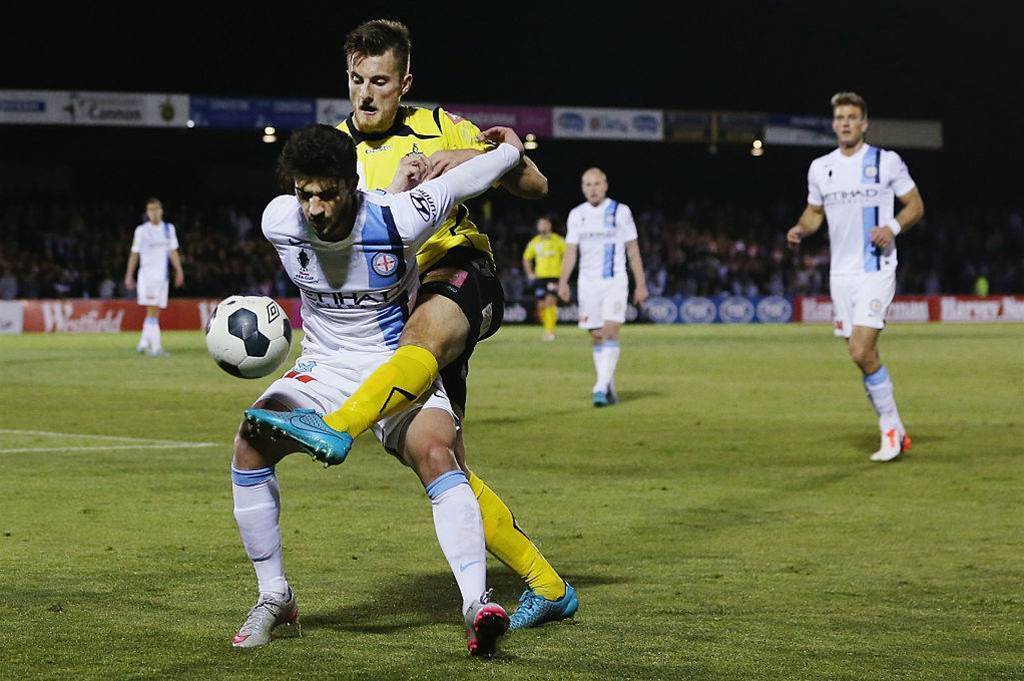 However, a foot injury dented his progress and he now finds himself without an A-League club.

The new A-League season is due to kick off this December.

“The A-League is a good standard. It gets a lot of publicity in England as it’s shown there and my parents have watched my games.

“I think a lot of people are surprised by the standard.

“And when it moves to winter the games will be faster," says Sheppard.

“I get a lot of friends and family messages from England when they’ve been watching me on the TV coverage over there.

“Some top teams in the A-League could get away with being in the Championship with the rest perhaps doing well in League 1.

“Playing in 40-degree heat isn’t ideal for the quality of football but with winter football we’ve seen it during this hub how the A-League games have been more fast-paced. And that comes off the back of a long break.

“To be aligned with Asia could be beneficial.”

Sheppard is hoping he can show the A-League what he can do after departing Jets earlier this year during the COVID break after an injury-cruelled season.

“Obviously there’s a lot going on with COVID and the Collective Bargaining Agreement and the A-League but my plan is to get back into the A-League.

“I was training with an NPL team before the lockdown, but I’m lucky enough to have a gym in my house with a running machine and a bike and I train for an hour at the park across the road.

"I believe I can score goals in the A-League and help teams and do well."

He added:  “I still look up to Harry Kane. He inspired me."