Robbie Fowler is, according to reports, set to be unveiled as the new boss of struggling Queensland A-League club Brisbane Roar.

After a dismal 6-1 loss at home this weekend, the former Champions of Australia are in desperate need of new inspiration.

Sitting second bottom of the league is Fowler the man to reignite the Roar?

Fowler's love for Australia and the A-League go back a decade.

The most celebrated UK player ever to play A-League football. No contest.

Fowler first arrived in his August years, age 34 in 2009 after three months at his last EPL club, Blackburn.

The Liverpool great was the marquee signing for short-lived but ambitious A-League new boys North Queensland Fury (below). 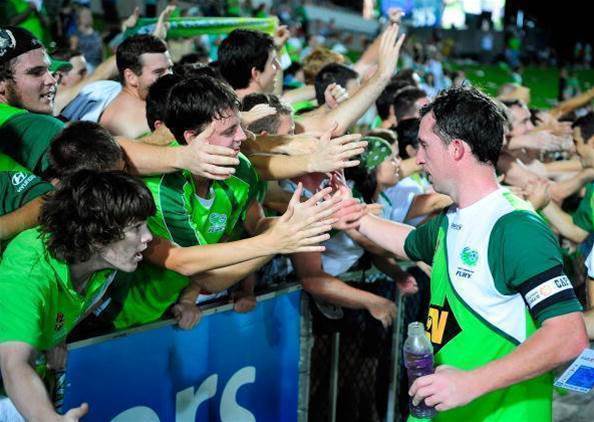 The home of the Great Barrier Reef, crocs and the humidity, it was both bizarre and brilliant.

Fowler’s arrival was huge news in Australia, never mind in sleepy Townsville who had never seen anything like it (Townsville is about four hours flight north of Sydney in sweaty Far North Queensland).

Suddenly, Reds fans wanted to see their hero in the A-League playing across the country in Perth, Melbourne, Adelaide and Sydney and across the ditch in Wellington).

The England international famously smashed a superb looping long-range effort against Sydney FC at the old Allianz (with a Reds fan jumping the fence to celebrate on the pitch with him).

Half of the traveling fans that day wore red.

Clearly, the Scouse legend liked Australia because he signed another marquee deal, this time for Perth Glory in 2010 (below), a year after joining Fury.

His teammates raved about his incredible finishing ability. He scored regularly and the fans loved him.

Just a pity Australia had him at the backend of his illustrious career. 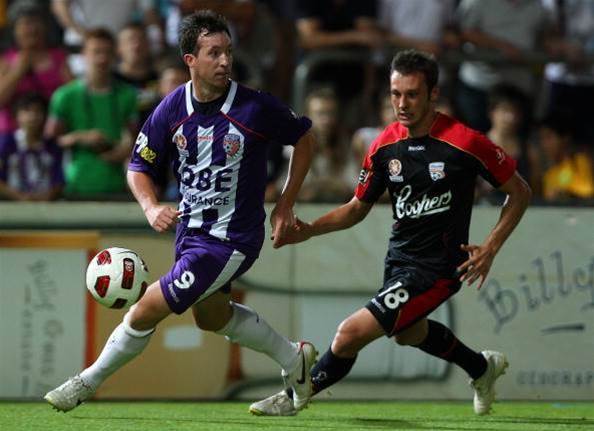 A year after his Glory stint he had a six-month spell in the Thai League with Muangthong United, long before the league boomed.

The Scouser made 54 appearances in the A-League scoring 18 times.

The now 44-year-old has since become a regular pundit across a number of TV outlets in the UK.

But according to reports, we will see Robert Bernard Fowler back in Queensland.

He’s set to be unveiled as Brisbane Roar boss in the coming day.