How smart Sydney FC are with their press against a 3-5-2 will be key in Sunday's Grand Final against Perth Glory.

Former A-League coach and Fox Sports analyst Scott Miller believes this will be one of the defining elements of a fascinating tactical battle on Sunday at Optus Stadium.

This season, the Euro/Aussie quartet of Diego Castro, Chris Ikonomidis, Joel Chianese and Andy Keogh have helped Perth Glory score almost 60 goals in 28 games in the league and finals.

But, as Miller explains, Sydney FC is the one side capable of absorbing Glory’s creative element while hitting on the break via the prolific Adam Le Fondre.

“I like that it’s two teams playing two different systems," he tells FTBL.  “And, oddly, if there is a team to do it against Perth, it’s Sydney FC.

“There’ll be an extra number in midfield. That back three affords Glory an extra man in midfield so how do Sydney drop off and compress the space to limit the pockets of space for the likes of Chianese, Ikonomidis, and Castro?

"They’ll have to do that. Any time you play a high press against that 3-5-2, you’re in trouble. Because the space in the midfield opens up.

“So I see Sydney dropping off to that mid third and condensing it as they did against Victory [in the semi final], and hitting on the counter from that mid third.

“If they press high, I don’t see much joy," he warned.  "I see Perth’s quality cutting them to pieces.

"So Sydney is going to have to make sure they cope with that, but in transition, Le Fondre’s speed is going to be crucial. 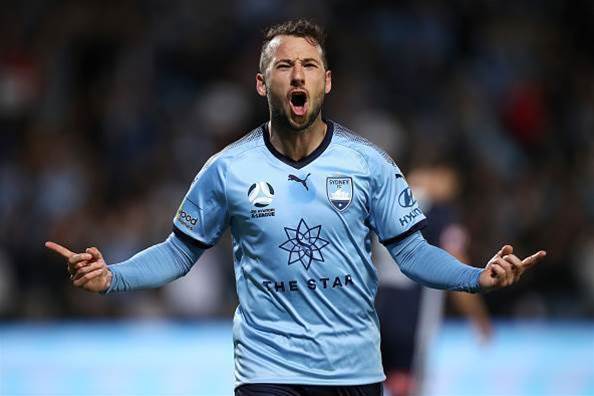 “Perth has been outstanding, but there’s something concrete at Sydney FC this year. They’ve been pretty consistent all year. After the four to six rounds it’s been stable and consistent.

“Some managers come in and change things too quickly. Corica has just stabilised the side.  And I feel Corica plays a system that’s less physically taxing on certain players.

He added: “Another key will be individual quality and stopping that. That’s a broad view but the likes of Castro for Glory will be crucial.

"So how Sydney FC structurally set up to deny him space in the pockets will be key."