Before the Socceroos opening group game against France at the 2018 World Cup, not many thought Australia had a chance of knocking off their more highly credentialled opponents.

While the final score ended 2-1 in Les Blues favour and the Socceroos performance was yet again described as being brave and valiant in defeat, this game felt different.

Midway through the second half the score was 1-1 and at that point the match was firmly in the balance and Australia looked like it may pull off a credible draw.

But a deflected goal to Manchester United midfielder Paul Pogba gave France what many felt was a lucky victory.

Jaosidy believes Bert Van Marwikj’s men forced Les Blues to change how the team played for the rest of the tournament.

“From this game, Didier Deschamps understood that he needed a real striker not a false nine like Antoine Griezmann,” he told FourFourTwo.

“Moreover, he understood that Olivier Giroud was the player he need in his defensive strategy because he’s a striker but also a very physical player devoted to defensive tasks.

“That was one of the things that led to Deschamps dropping Ousmane Dembele who didn’t play from the start after this first game.

“Deschamps was criticized at the beginning of the competition for the way France played but he proved that he always had a good strategy even if France wasn’t the most spectacular team.”

Exciting French winger Kylian Mbappé, was one of the stars of the World Cup and Jaosidy admitted that the Socceroos were one of the few teams to have kept the Paris Saint Germain attacker quiet. 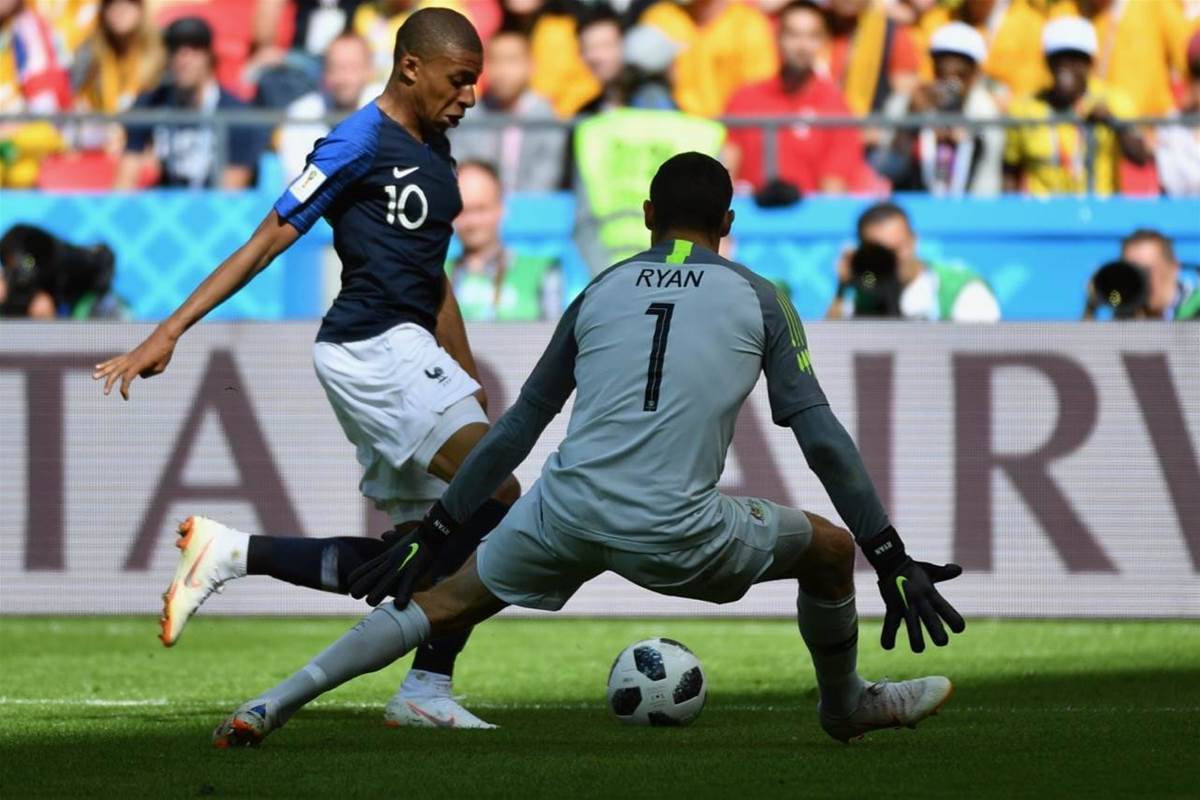 “Mbappé is a gift of god. He is absolutely incredible,” he said. “At the beginning, he was very shy for example against Australia - lucky you!

“The turning point of his World Cup occurred against Argentina where he scored two goals and was at the beginning of the action when he won the penalty kick that Griezmann scored with after a run that was at a speed of 37 km/hour.

“The capacity he has to eliminate someone is incredible, his speed is awesome. This 19-year-old striker was excellent and he was able to make France win games on his own.”

With France still reeling from the violent attacks it has suffered in recent years, Jaosidy said that winning the World Cup has brought some much needed joy to the nation.

“All the country felt involved in this competition because this team represent the diversity of French society,” he said.

“In a country where social tensions are significant, this moment was a cooling-off period where everybody felt French and proud of its national team

“After all the terrible events we lived in Paris in the last three years, it was unexpected to see such joy and happiness in the street.

“People were happy like we have never seen for decades. It was incredible in Paris on the day of the final and the day after, there were millions of people gathered on the famous Champs Elysées.

“In France only football can shake the society like that.”