New Huddersfield Town chairman Phil Hodkinson claims his club will only sell its best players, including Australian Aaron Mooy, for the right price.

Mooy has been linked with interest from the likes of Newcastle United, Watford, Southampton and others since the Terriers' relegation.

But Hodkinson said Huddersfield won't be held to ransom and will only offload its star talent, such as Mooy, if a very good offer comes in.

"Not one player is going to leave this football club unless it's for the right price," he told The Huddersfield Examiner.

"The reality is, if the right offer comes in for a player that meets or exceeds our valuation and it's the right move for the player, and they improve themselves, we won't stand in their way.

"If the right offer doesn't come in they are not going anywhere, because we don't need to sell anybody and we won't be held to ransom. We won't be forced down a path we don't want to go down - I won't let that happen.

"So, if we get mega, mega-money offers for players we would like to keep, but we know we can invest that and bring in players who are better or as good, and the player wants to leave, we can do that - but we don't have to. We don't have to sell anyone."

Mooy joined the Terriers in 2016 on loan from Manchester City before making the deal permanent the following year.

The 28 year old has more than 100 appearances for the club and helped them achieve promotion into the Premier League in 2017. 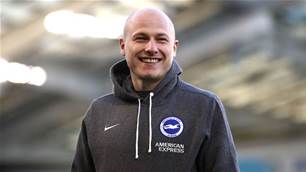