Some huge A-League stars and coaches have been left out of the competition's shortlist for the Johnny Warren medal and A-League Coach of the Year.

The three shortlisted A-League stars for the Johnny Warren medal are all foreigners and all midfielders, with Wellington Phoenix's Ulises Davila, Sydney FC's Milos Ninkovic and Western United's Alessandro Diamanti all in line for the role.

That means prolific strikers Jamie Maclaren misses out on contention despite scoring 25 goals in just 24 games.

Craig Noone misses out on a nod despite leading in chances created, crosses completed and registering the second most assists.

Meanwhile, the more defensive likes of Curtis Good and Mark Milligan also miss out despite ranking highly across individual and team statistical categories.

In the A-League Coach of the Year shortlist, Steve Corica misses out despite his club's strong chance of winning a third-consecutive A-League championship this season.

Instead, Warren Moon, Patrick Kisnorbo and Alen Stajcic are the three in line for the award.

The Dolan Warren awards will be held virtually and live streamed Wednesday June 23 from 7:30pm AEST. 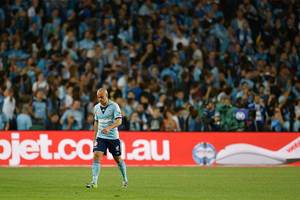 How does Johnny Warren and Julie Dolan medal voting work? 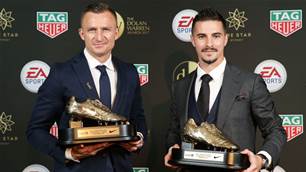