McCann recently handed Irvine the captaincy at Hull and the manager has heaped praise on the value and impact that the Socceroo offers his team.

"If I’m going to be honest Jackson started the season brilliantly, maybe had a little dip but he’s coming back again," he told The Hull Daily Mail.

“He’s been available for every game, he trains to a high standard every single day, he travels to Australia and back and is still ready to play in the next game. His attitude and commitment to this football club is second to none.

"Jackson will probably tell you himself that he’d want more goals. This season he’s only got a couple and for someone of his ability he could’ve had more. We’re working hard with him.

"If you look at the last few games, he could have had two at Reading, he had another few opportunities in the game after that. Jackson is a player we think highly of and in terms of what he does around the training ground he’s a livewire.

"He demands standards every single day. He’s great to work with."

Irvine is expected to keep the captain's armband at the Tigers for the rest of the season.

Hull are sitting in 17th spot in the Championship, seemingly away from the relegation zone but also out of the running for a playoffs spot.

"He’s not afraid to voice an opinion and I like that,” McCann said.

"We don’t people just nodding their heads all the time. We want people to have a say and demand standards on the training ground. He does that. The way he trains every single day is testament to him.

"I’m very pleased with him." 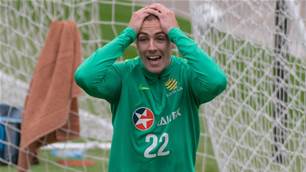