Sydney FC coach Steve Corica admits his side were "hurt" by Melbourne Victory nabbing the Grand Final spot – and then the Championship – at their expense last season.

Victory squeaked past Sydney for a Grand Final date with Newcastle Jets after their 3-2 win over last season's runaway Premiers, thanks to a winner from zero to hero Terry Antonis, who had minutes earlier forced the game into extra time when he agonisingly scored a last minute own goal.

The win sparked ugly scenes when Victory assistant coach Jean-Paul de Marigny ran on to the pitch to celebrate in the face of Sydney players in Graham Arnold's final game as Sky Blues coach.

"At the end of the day, they really hurt us," said Corica. "Not going into the to the Grand Final last year – you know, we were the best team.

"We finished first by a lot of points and obviously it's disappointing but there's a new season, new players and obviously to beat Melbourne as well, we're looking forward to it."

And Corica shrugged off the ill-feeling on the benches between the two sides at the end of last April's game.

"That has got nothing to do with this this season's game," he said. "They've changed [assistant] coaches, we've changed coaches – there's been a lot of change since last season.

"But the main focus is our performance and what we want to do and what we're trying to achieve at home. I'm just focusing on on this season and and moving forward and how we're going to get better each game and improve."

Corica and Melbourne Victory coach Kevin Muscat are former team-mates from their playing days at Wolverhampton Wanderers in the 90s and he's savouring the chance to face him as a coach on Sunday.

"I'm looking forward to it," he said. "I've played against Muskie and we played in the same team at Wolves. We played in the national team together as well.

"He's exactly the same as a coach. He's very focused and aggressive, just like he was as a player. But he is also a good good guy as well.

"But for me, that doesn't matter when it comes to Sunday. At the end of day we both want to win and we'll set our teams up to win.

"It's about playing well, defending well and getting three points at home. It's important that we get off to a great start at Kogarah." 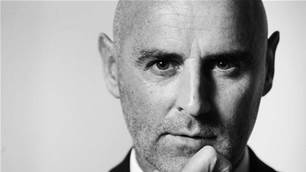