Just over a month into the season and eighth on the ladder, it’s fair to say Melbourne Victory aren’t where they want to be.

But keeper Lawrence Thomas is confident that the group assembled at AAMI Park has what it takes to turn things around.

Victory head into their Saturday evening meeting against Adelaide United with just one win, two draws and three losses to their name after seven rounds of the 2019/20 season.

The Original Rivalry adds extra intrigue this year with Melbourne Victory coach Marco Kurz facing off against the side he led in the 2017/18 and 2018/18 campaigns, and James Troisi making the reverse trip from Victory to United.

Kurz has come under growing pressure after an underwhelming start to life at the four-time A-League champions, with fans now voicing their discontent with the style of play under the German and the quality of imports brought in.

But starting a season out slowly isn’t new for Victory – in 17/18, the club sat in ninth position after six rounds with four draws and two losses from their opening slate of fixtures.

Victory went on to win the A-League Championship that season when then-coach Kevin Muscat engineered a miraculous run to the Grand Final from the fourth position on the table...and then staged ‘The Heist in the Hunter’ to defeat Newcastle Jets 1-0. 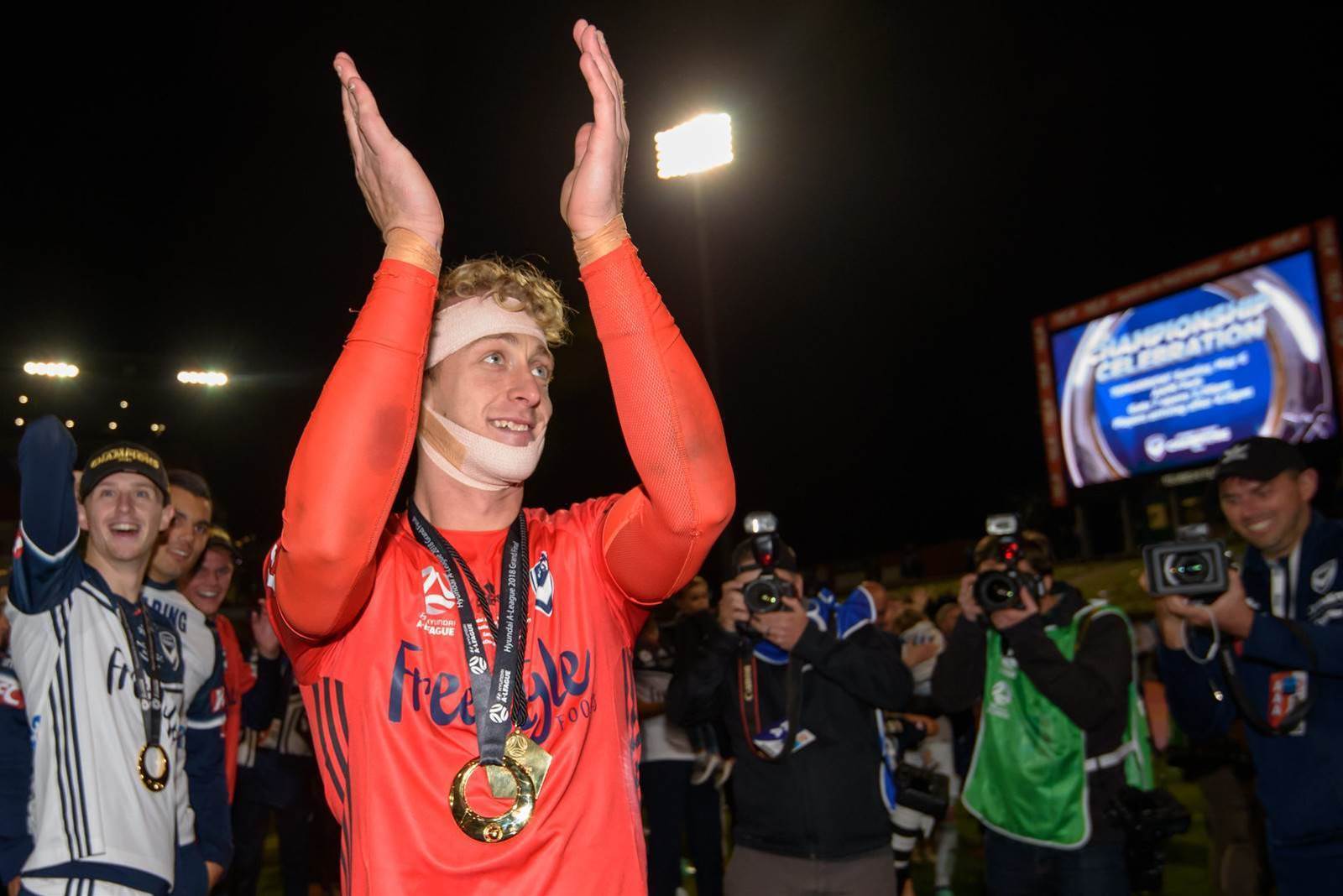 Glovesman Lawrence Thomas etched himself forever into Victory folklore in that match with shots of a bloody and bandaged Thomas heroically keeping the Jets at bay until the final whistle – and his beaming smile in the aftermath – becoming some of the defining images in A-League history.

That turnaround, however, isn’t going to serve as an inspiration to this current crop of Victory players.

“What we achieved two years ago, I don’t think you do that very often,” Thomas reflected.

“I think that comes off great form at the right time of year. I don’t think you see a team do something like that for a while.

“This year… I can’t explain it. The team’s not happy with where we are.

“I, personally, am not worried or feel like it’s a reflection or how it’s going to be the whole season. I am very confident in the team.

“For me, I think all the talking has to be done on the field. We’ve got a few boys coming back this week and I think when we’re at full strength we need to really start making some statements.

“We know, all us players, the responsibility we have when we’re at this club.

“I’ve been here before and when you’re not where you should be on the table questions get asked very quickly so the best thing to do is to keep silent, to keep humble, work hard at training and do your talking on the field.”

Two of the players that Thomas hinted may be returning are attacker Andrew Nabbout and defender Tim Hoogland.

Just days after Robbie Kruse made his first appearance on the season, pictures emerged on social media during the week of the two training with the main Victory group; hinting at an imminent return.

“They bring a lot of quality,” the Victory goalkeeper. “Hoogland’s played at a top-level, he’s a very aggressive defender and very good on the ball.

“Nabbout, obviously, has been here before, went overseas and got that experience and now he’s back. He’s strong and very aggressive, a top player.

“I think Ola’s missing a bit of that support up top so I think he’d love to have those boys back.”

Victory will be looking to end a two-season winless trend when visiting the City of Churches this weekend, with their last win against the Reds on their turf coming in round 14 of the 2016/17 season.

Muscat's men lost both meetings at Coopers Stadium last season – albeit without Thomas in goal on one of those occasions – and the Victory keeper acknowledge the ground was a very difficult one to play in.

“Obviously with Musky here before there was a bit of the tension and now with Kurz and Troisi going from here to there it will be very interesting. I’m expecting a hostile, loud crowd.

“From a player’s perspective, when you’re there, it’s quite a small stadium, the stands are quite close to the pitch, so you really feel the crowd.

“Playing for this club you tend to have teams lift and teams really want to see you lose. I enjoy going there. You feel the tension in the air when the game starts.” 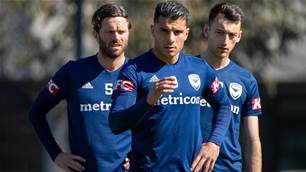